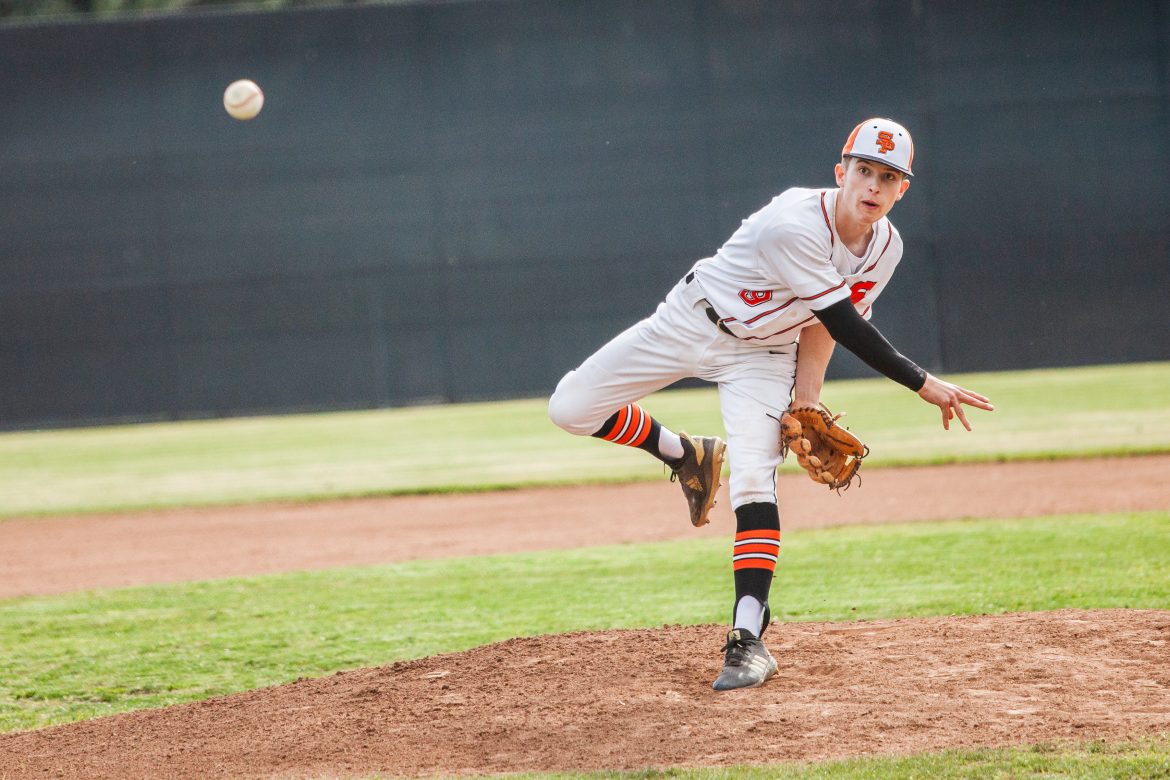 Senior Adam Schroeder pitched a gem, but the offense couldn't back him up.

Boys’ baseball narrowly fell to the Monrovia Wildcats 2-0 on Tuesday, March 19. The pitching duel ultimately favored the Wildcats, and the Tigers now fall to 0-5 in league.

The high octane Wildcat offense, who lead the league with 23 runs scored, came out hot in the first. Two hit batsmen followed by a two-run double off the wall put the Wildcats up early. Monrovia would continue to pressure into the later innings, but two outfield assists from sophomore Pablo Guerrero would save two runs at the plate.

Following the shaky first inning, senior Adam Schroeder began to find his groove. Though overlooked by the loss, Schroeder held the Wildcats to just three hits and struck out four in a complete game effort. With this performance, Schroeder lowers his ERA to an impressive 1.44 average.

The Tigers had their best chance at the plate in the bottom of the sixth. A pair of singles from Guerrero and senior Savian Joseph presented the Tigers with one out and the tying run at first. However, the Tigers were unable to score, and a perfectly executed double play ended the threat.

The Tigers will play next away at La Cañada on Friday at 7pm. South Pas fell 5-1 in their previous matchup against the Spartans.