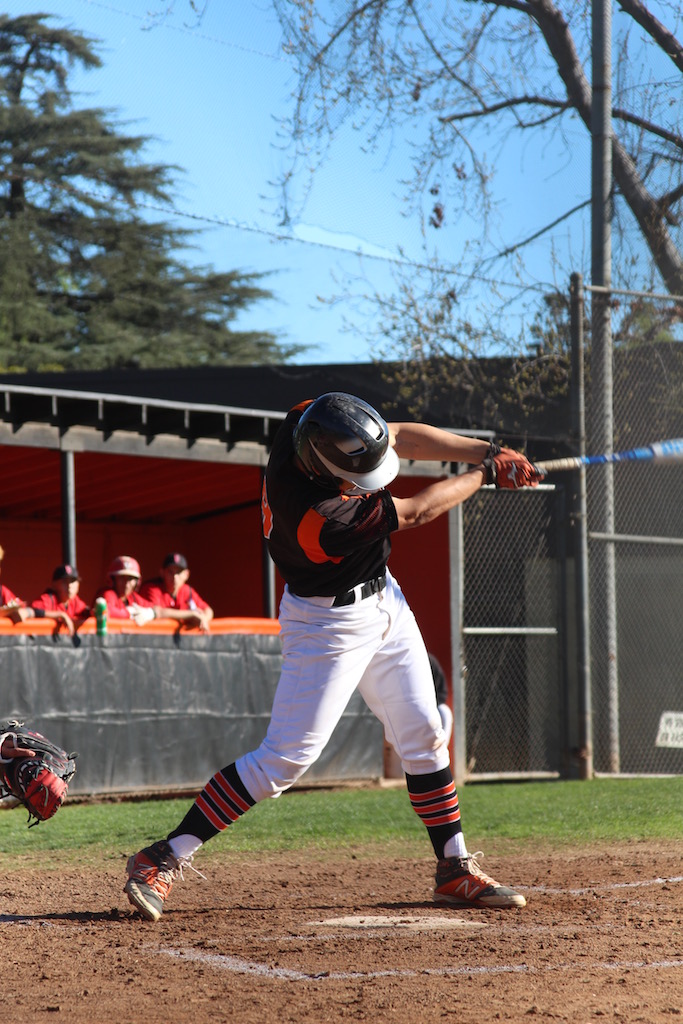 South Pasadena baseball suffered its first lost of the season against Sierra Vista with a score of 3-1 on Tuesday, March 8. The team’s record now stands at 4-1.

Junior Jacob Luevano was on the mound for the South Pas. The game started off well for the Tigers with some impressive defense. Senior catcher Matthew Shults showcased his cannon of an arm by picking off a runner at second to end the first inning.

This defensive trend continued into the second with a clean double play between junior shortstop Kevin Park and freshman second baseman Noah Parker. The Tigers managed to strike first in the bottom of the second with a double steal from first and third, with Park scoring the home-stealing run.

Everything was looking good for South Pas until the third inning. Sierra Vista began putting the pressure on with singles to put two men on. An unfortunate misstep from Luevano resulted in a balk, putting the runners in scoring position. Another single was all it took for to tie the game 1-1. However, the Dons did not stop there. Continuous walks and singles allowed the opposing team to take the lead 3-1. The Tigers would get out of the inning with another double play.

The Tigers did not seem to have the umpire on their side. Questionable calls riled the South Pas bench and bleachers, but no calls were overturned.

The Sierra Vista pitcher’s rapid throws continued to shut down the South Pas offense. Neither team managed to tally any more runs, leaving the game with a final score of 3-1.

“We could easily have beaten that team if we came prepared,” junior Benjamin Quirk said. “Today we learned that we aren’t and won’t be a perfect team, but we can work hard to make sure we succeed whenever we have the opportunity to.”

South Pas hopes to rebound from the loss in the 4th Round of the Elks Tournament on Thursday, March 10.