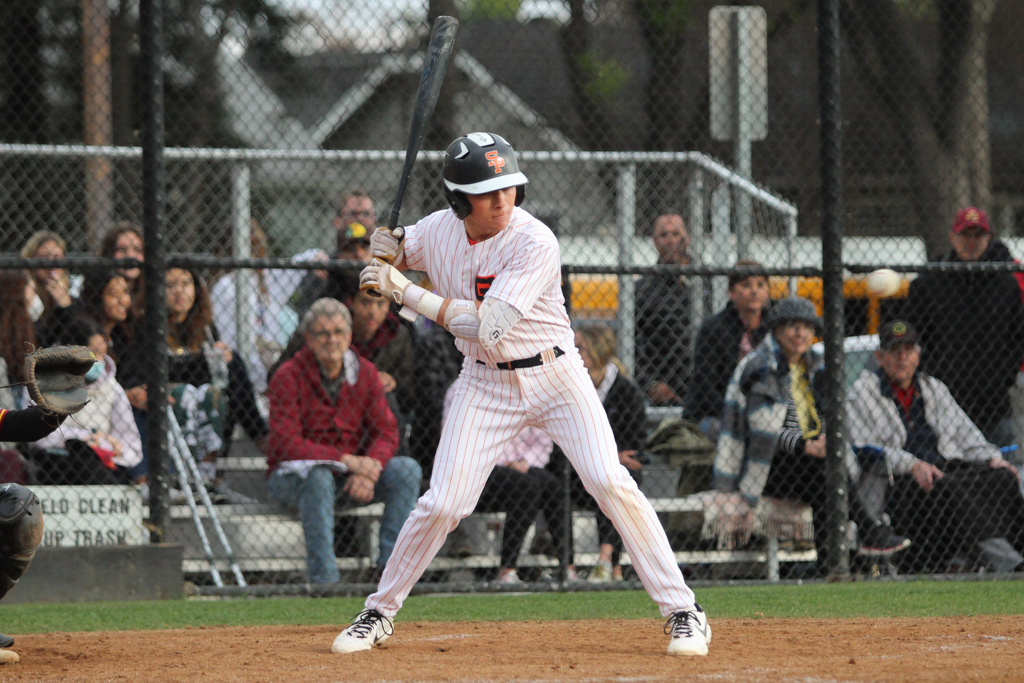 Baseball lost its second league game this Friday, March 4, matching up against the La Cañada Spartans. The Tigers made a commendable effort but were unable to recover from a rocky first inning and lost the game 5-1. The Tigers stand at 6-2 overall in the season.

The first inning started off poorly for the Tigers, with three walks and two hits leading to five La Cañada runs. Though pitcher senior Alex Hodis struggled early on, he quickly recovered and struck out a Spartan batter. This recovery, however, was short-lived as a mistake from the Tigers’ outfield allowed the Spartans to extend their lead and score two more runs. Immediately thereafter, a third run was scored on a wild pitch; though Hodis made a great effort, he fell just short of tagging the player. The Tigers struggled to trust their defense and let in another two runs, leaving the score at 5-0 after the top of the first inning. These would be the only runs La Cañada scored the entire game.

South Pas struggled offensively as well, with seniors Jack Riffle and Joe Kazarian striking out in their first at-bats. Junior Ivan Becerra singled to left field, but the Tigers failed to capitalize and didn’t score.

The Tigers’ offense also improved in their half of the second, with Robinson singling to left-field on the first pitch of his at-bat. The rally was stifled by a double play; junior Quinn Stirling hit the ball hard, but straight towards a La Cañada defender. Junior Jason Yipp then contributed a solid hit. He was followed by Adams, who struck out.

South Pas continued to shine on defense and didn’t allow the Spartans to score any more runs for the remainder of the game. J. Riffle stood out as shortstop, making numerous defensive plays and throwing out the Spartans’ hitters. He and Adams continued to work together in the middle infield to prevent the Spartans from getting on base.

The Tigers stepped up their offensive play in the third inning, with L. Riffle’s at-bat being quickly followed by a hit from J. Riffle. Immediately thereafter, senior D.J. Pearson struck one into center field, but it landed in a Spartan’s glove. J. Riffle was able to advance from first all the way to third before Becerra walked. With two balls and one strike on Becerra, the pitcher spiked it into the ground past the catcher, allowing J. Riffle to score from third in what would be the Tigers’ only run.

Invigorated by this play, Kazarian continued the momentum and followed with a strong hit to center field that landed him on first and advanced Becerra to second. Robinson was up next but popped out to end the third inning with the Tigers still trailing 5-1.

A quick and fruitless fourth inning followed, in which Hodis and Becerra worked together to put a zero on the scoreboard. Yipp shined as center fielder, and the Tigers posted a 1-2-3 inning without any Spartans reaching first base. Stirling led off the bottom of the fourth for the Tigers but grounded out to the shortstop. Yipp and Adams saw the same result: each grounding out to the pitcher.

The Tigers continued their strong defensive effort into the fifth, once again limiting La Cañada’s offense en route to a quick inning. This defensive trend continued into the sixth inning, as well. Over the last three innings, Pearson and J. Riffle anchored the infield defense, while L. Riffle locked down the outfield. Pearson and Becerra each got on base in the fifth, and Pearson advanced to second but was stranded there.

South Pas made a good effort to come back in the final inning, though they were unsuccessful. Offensively, the Tigers played well but failed to convert their six hits into runs. Junior Julian Fernandez and senior Ovy Garcia each got on base to start the seventh, giving the Tigers their best scoring opportunity of the game in the last inning. As L. Riffle grounded out, Fernandez advanced to third base, barely sliding into third before the throw. J. Riffle continued the rally with a walk, but Pearson grounded into a double play to end the inning and the game. After a strong start to the season, the Tigers dropped their first lead affair.

The Tigers surrendered all runs in the first inning, struggling out of the gates. From innings two through six, Hodis pitched shutout baseball but wasn’t backed with run support.

“First and foremost I think our first inning wasn’t really a representation of what we can do… I feel like we just picked it up entirely near the end of the game… I have a lot of faith in my guys; I think we play a really good brand of baseball and we’re trying to figure out this one and move on to the next,” Garcia said.

The Tigers will play their next league game against the San Marino Titans this Tuesday, March 8.