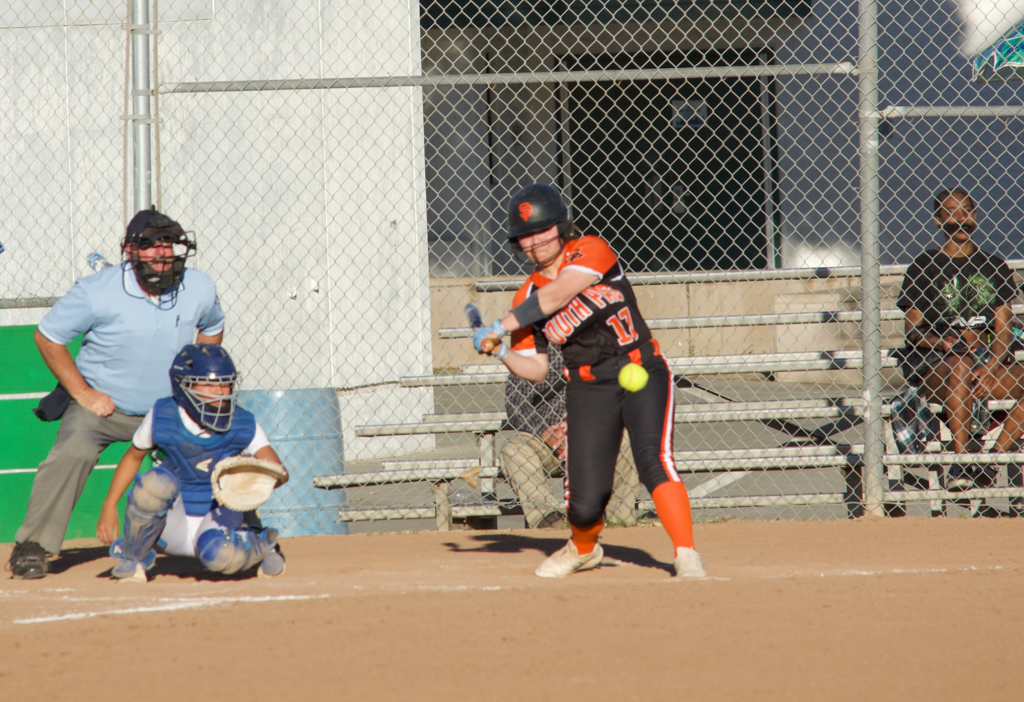 The Tigers now currently stand at a 0-1 league record.

Dominating with a 4-1 record this preseason, the Tigers had high expectations and were ready to start league games off with a kick. However, softball unexpectedly fell short at its first league game against Monrovia with a score of 13-5 on Tuesday, Mar. 1.

The Tigers started off with the lead, taking over the score in the first three innings of the game, with left fielder Daphne Malatesta hitting a triple which got them up 5-2. The Tigers kept Monrovia’s defense on its toes, but slowly lost control after the third inning.

“We started the game with lots of energy and took the lead right away. As soon as we were down a couple of runs we lost our energy and didn’t play our hardest,” shortstop Danica Stirling said. “With that, we did get to see Monrovia’s strengths and weaknesses which will help us for our future game against them.”

With many of the players participating in clubs aside from the high school’s team, talent is present, but there were other errors that halted the Tiger’s chances of taking the win.

“We need to focus on our communication in crucial moments and need more consistent communication,” Malatesta said.

With this being the first league game, it provided the players with a better idea of what they need to improve on in the future.

“We definitely had more fight in us that didn’t come out at the game when we needed it, but it was just our first league game and an amazing eye opener as to how hard we have to work this season,” Stirling said.

The Tigers will continue practicing and improving and plan to show off those skills at the next league game on Friday, March 4 against the San Marino Titans.