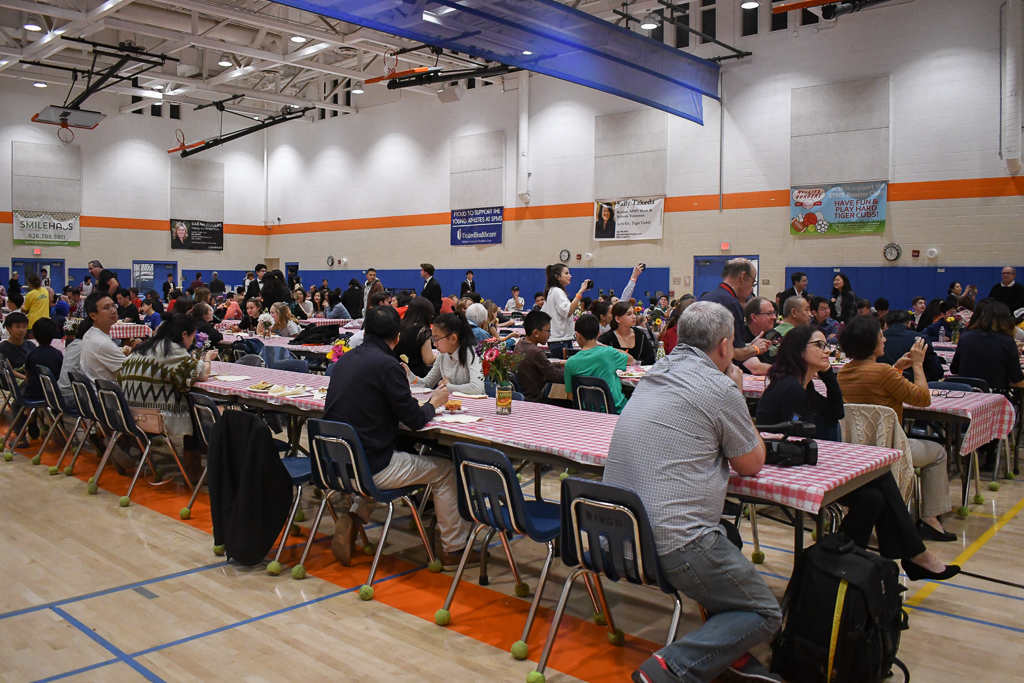 Attendees congregated in the SPMS main gym to enjoy both an Italian-inspired menu and the SPHS band's musical tunes.

The SPHS Instrumental Department organized its annual Spaghetti Dinner Night on Thursday, Feb. 27, inviting South Pasadenans for a night of live music and food. The event — the program’s biggest fundraiser of the year — showcased 25 acts performed by SPHS band members.

The band selected compositions ranging from classical to pop, including “Lucid Dreams” by late rapper Juice WRLD. Band members spent months practicing for their performances, with some students creating their own musical arrangements specifically for the night.

This year, the SPMS gym hosted the event, due to SPHS’ athletic facilities construction project. The gym’s dissimilar audio setup caused early audio and mic issues for the players, but issues were eventually resolved.

“I’ve been to Spaghetti [Dinner] Night before and honestly I thought having it at the middle school this year [made the event] a lot fancier than I remember it being at the high school,” freshman Tyra Williams said. “[I’m happy that] we’re able to share our talents with the community and that we’re able to fundraise a lot of money.”

Proceeds from tickets and auctions will go to the SPHS instrumental music program. The band will travel to Temescal Canyon High School on Saturday, Mar. 7 for its next winterline competition.