Home Feature After a full season, ‘Love is Blind’ remains blind to its faults
FeatureFeaturedPrintReviews

After a full season, ‘Love is Blind’ remains blind to its faults 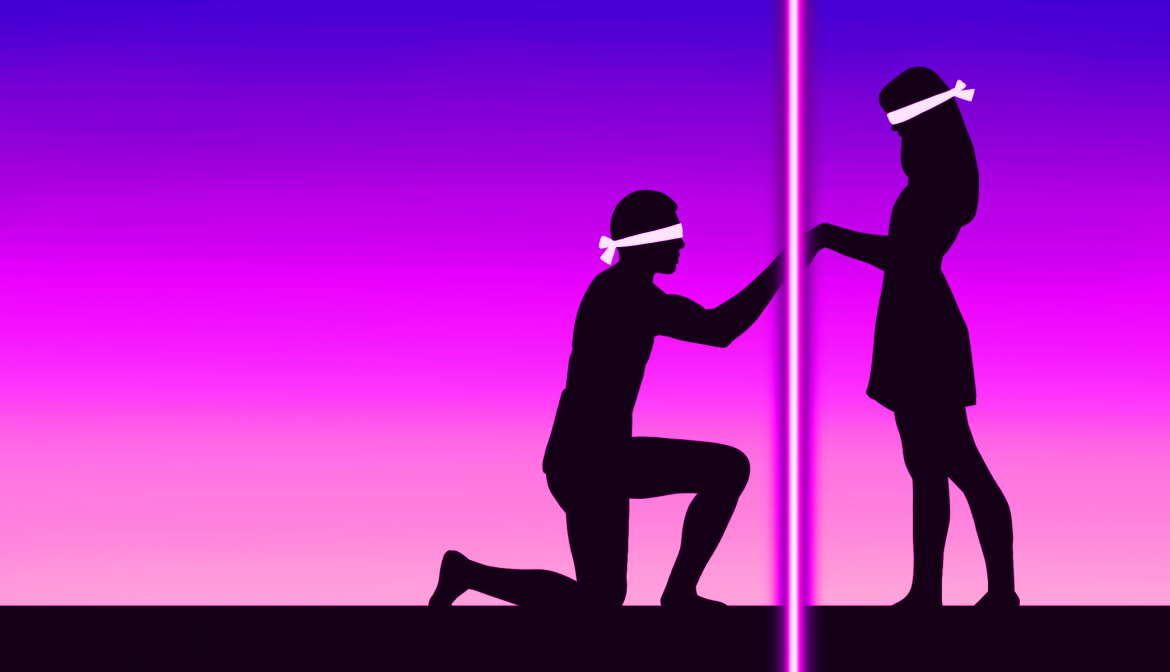 'Love is Blind' fails to capitalize on its interesting premise, winding up a show that lacks entertainment value.

Love is Blind, Netflix’s first attempt at a reality dating show, has been a wild success on paper. The show gained a large following and even a pull-down tab on Buzzfeed — major accomplishment alert. In the show, men and women live on separate sides of a house and their only contact is through “pod dates.” They sit in adjacent rooms and talk through a wall, never seeing what the other looks like — hence the name Love is Blind. The show is supposed to test whether or not people can fall in love when physical attraction is secondary or eliminated entirely.

The participants talk more to the people they connect with, and after a few more pod dates, they propose. The rest of the show is the couples getting to know each other via a vacation to Mexico and other reality TV stunts until they either get married or get left at the altar.

Love is Blind should be entertaining. Mystery romance in the form of a “social experiment” should be a recipe for something crazy. Unfortunately, that’s not how Love is Blind goes down.

By design, it’s not a competition. Love is Blind is about forming connections, but when the connections still feel fabricated, à la reality TV, what’s left is a show that takes itself too seriously.

Right off the bat, there didn’t look to be a wine fight or a rendition of the classic ‘girl gets pushed down the staircase’ scenario in store. It feels even worse to admit that watching a house full of girls going at each other’s throats is what makes dating shows entertaining. But suffice it to say, Love is Blind was missing that crucial dramatic foundation from the get-go.

Maybe the one exception to the all too neutral-good cast was a fellow named Barnett. Barnett strolled in with the swagger of a Jake Gyllenhaal-in-Brokeback-Mountain-wannabe and all the charisma of a weird uncle. From there, things went south very quickly. On one of his very first dates, Barnett asked a woman named Diamond Jack if she was a stripper.

Barnett made me very uncomfortable. He is, in a fratty six foot two inch parcel, exactly what’s so perplexing about reality TV. Was he the best part of the show or the worst part? Nobody can be sure. Is it okay to give problematic people a platform for the  sake of entertainment? More than likely, this is probably an accidentally provoked dilemma because Love is Blind just isn’t that deep.

A lot of the cast’s unlikeability can probably be attributed to  the boring, formulaic dialogue, because when a show is riding on the audience members buying into “genuine connection,” the authenticity has to extend to how the cast is presented.

This is exactly why a show like Love is Blind doesn’t work. Reality TV cannot and should never mimic real life, nor should they try to explore the complexities of the human condition because that’s not what it’s for. Basically, the verdict is this: Love is Blind, stay in your lane.