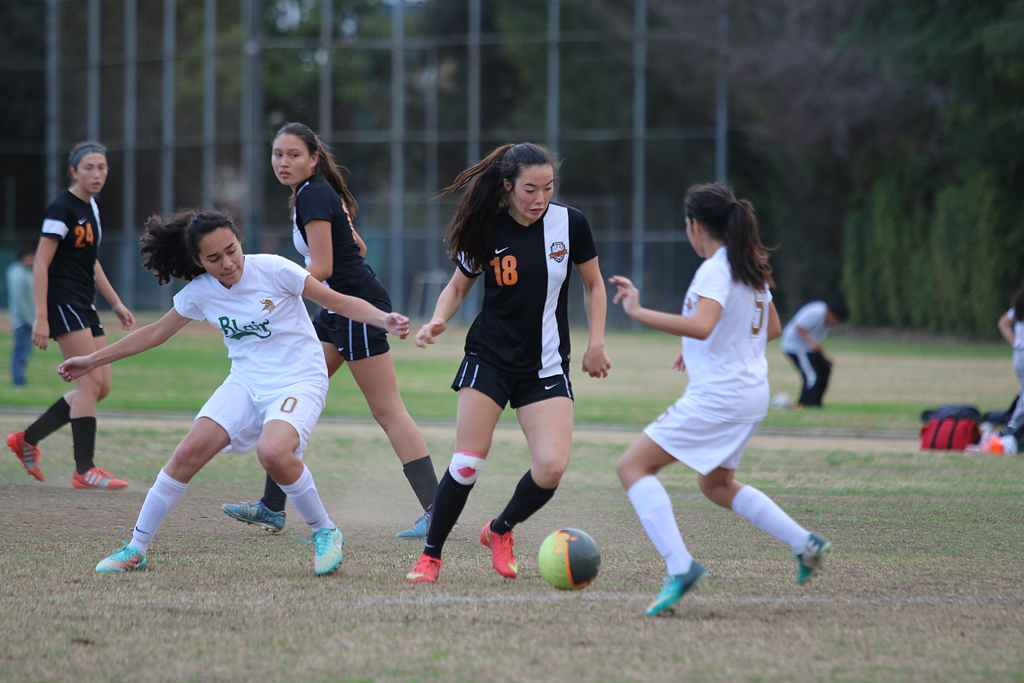 The girls’ varsity soccer team has a point to prove in the upcoming 2015-2016 season – that despite its previous demoralizing record last year, the Tigers still have the will and power to be one of the top squads in the Rio Hondo league. Coach Robert Gallo will continue to guide the girls to a winning season this year.

Tryouts are held much sooner this year opposed to previous years’ tryouts that were in November. Both JV and Varsity teams held mini-camps in June. Players hope to bond and build their skills more this season with additional time with each other with the tryout date fast approaching.

“We need to build team chemistry as a team so that we can play better together through knowing how each other plays,” junior Megan Wong said, “I’m looking forward to playing and doing well in actual league games.”

The Tigers’ league record last year was disappointing, with two wins, seven losses, and one tie. However, approaching the upcoming season, the girls are ready to fight and win.

Although the squad lost seven key players to graduation, remaining Tigers will step up to take their place. Rising seniors committed to playing this season include Olivia Chu, Natalie Hong, and Lauren Richards with Chu as captain. Incoming juniors are Wong, Amelia De Young, and Jayda Weeks. To make up for the relatively small number of upperclassmen, six returning sophomores will make up the remainder of the team. The roster will be finalized after tryouts.

At the June mini-camp, many freshmen could be seen scattered around the field. Though it is unlikely that as many freshmen will make the varsity team compared to the 2014-2015 team, many varsity players are excited at the prospect of fresh-minded players.

“I think that it’ll be good to have new blood in the program, because we will be more competitive in league with young talent and potential,” sophomore goalkeeper Sophie Reynolds said. Reynolds currently plays on a club soccer team with a few of the incoming freshmen.
The Tigers are relying on their current strengths and are working for a vast improvement in areas that need work. The girls’ varsity soccer team will start pre-season games in December.