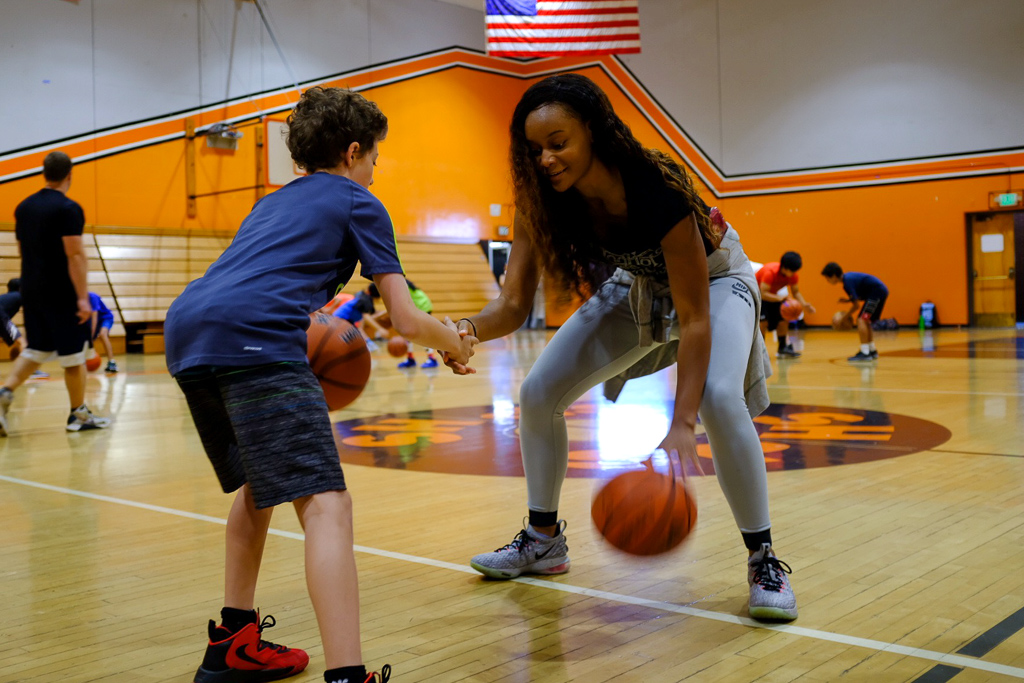 The newly appointed head coach Ernest Baskerville, who has started to take the SPHS basketball program into new directions, led and organized the event. Baskerville began the tradition of the free clinic at all his previous schools, but brought it to South Pasadena in hopes of building an interconnected relationship between the basketball program and South Pasadena community.

“[We wanted] to introduce my coaching staff and our basketball program to the community,” Baskerville said. “To let them know we’re here, the things we can provide for them, [and] that we are here to play serious basketball.”

The program expected approximately seventy participants, but more than double had signed up. Due to this unprecedented turnout, the clinic was split into two, ages nine and below in one gym, and the older students in the other. The program had originally reached out to the middle and elementary schools and the AU programs, but the vast word of mouth communication by parents massively helped contribute to the success of the clinic.

Nanette Lim, who resides in Alhambra, heard about the clinic from a friend on her daughter’s basketball team. She then piqued interest into other parents by spreading the message.

“[This clinic] is from a legitimate basketball coach,” Lim said. “[He] knows what he is doing and wants to do community outreach.”

Waiting parents were accommodated in the cafeteria, where refreshments were offered alongside a Q&A session by Mike Rios, the assistant coach at Antelope Valley Community College. Rios talked about raising high school and college athletes, in addition to the different opportunities and scholarships available in the future.

For varsity basketball player and junior Khalil Murdock, he hopes that playing and teaching alongside South Pas’ youth will prepare them for high school and beyond.

“We’re gonna show the elementary, middle schoolers, and also the JV and freshman teams that were out here to hoop [today], so when they get to the top level, they’ll be ready too,” Murdock said.