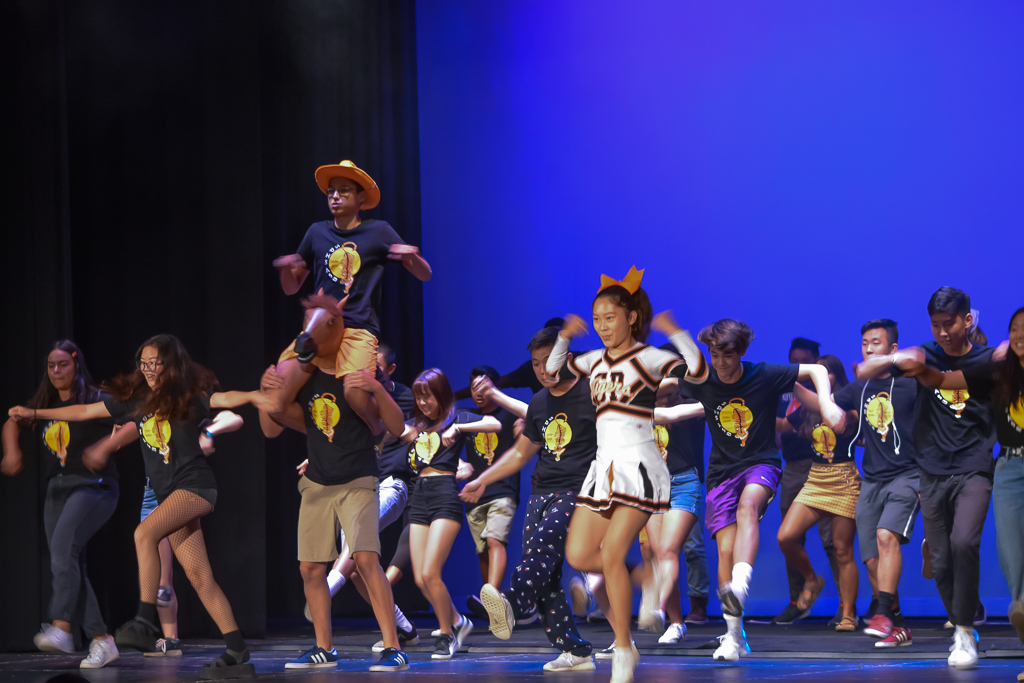 The ASB commissioners and class officers opened the assembly with a coordinated dance.

Senior Evan Kowal made his debut as Commissioner of Assemblies, opening the assembly with a dance to Lil Nas X’s “Old Town Road.”

This year the assembly presented a medley of video skits, the first featuring the ASB officers teasing each grade level for their given stereotypes. Another video advertised SAC cards and the Icebreaker dance, where Commissioner of Academics senior Tianhao Wei played the role of SAC Man and faced off against Kowal in a battle to save SAC cards and school dances.

Along with skits, Kowal organized an ice cream eating competition between the classes. Commissioner of Athletics senior Tearay Taylor also introduced the fall sports captains, asking each team questions ranging from their most memorable moment to their goals for the season.

Pep performed to a medley of pop remixes, while the tiger mascots danced to the internet Minecraft parody “Revenge” with Minecraft pickaxes in hand. Copa De Oro encouraged students to purchase the yearbook, creating a video skit based on Vogue’s “73 Questions.”

“I thought the assembly went great,” Kowal said. “I’m super grateful for Tim and his awesome videos, the stage crew, band, Hanwul and the ASB members who helped me set up, and all the seniors who were loud and hyped up the assembly.”