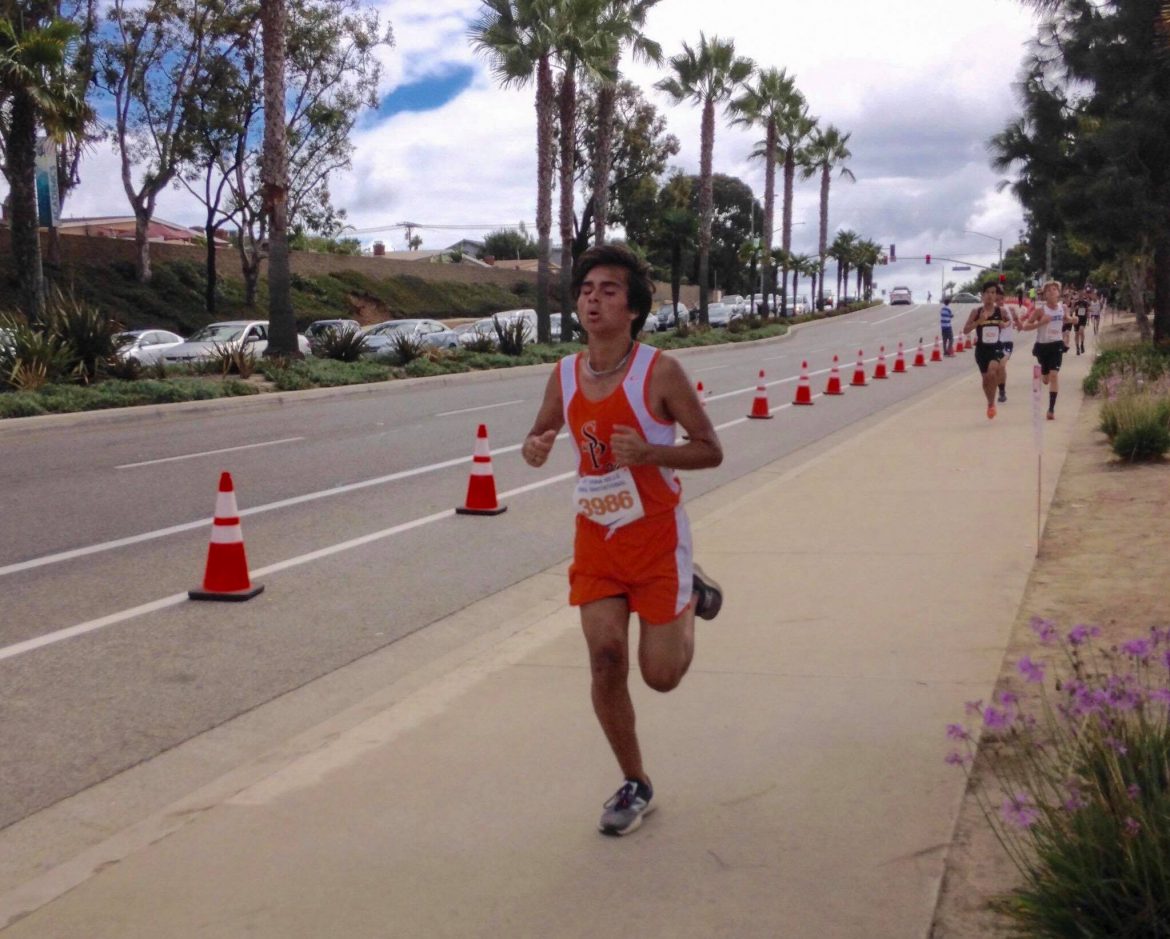 Unlike normal varsity meets, the Tigers ran in seven different races based on grade and division.

Senior Sam Clark was the only South Pasadena runner to compete in the senior Division I race, individually placing 40th with a time of 15:25.1. Ian Wang led the rest of the senior boys in the D-III race; he completed the race in 16:59.2 (19th).

The junior boys finished first place out of 14 teams in the D-III race, led by Andrew Villapudua who placed second with a time of 15:52.0.

The girls team gave a strong performance as well. They placed fourth out of 15 teams in the junior/senior race. Junior Lindsay Michels achieved a personal record of 19:10.6, scoring an individual fourth place finish.

Frosh/soph girls placed second out of 16 teams. Sophomore Mai Koyama led the team, placing first with a time of 18:47.8.

The team’s next race will be at the Clovis Invitational on Saturday, Oct. 12.