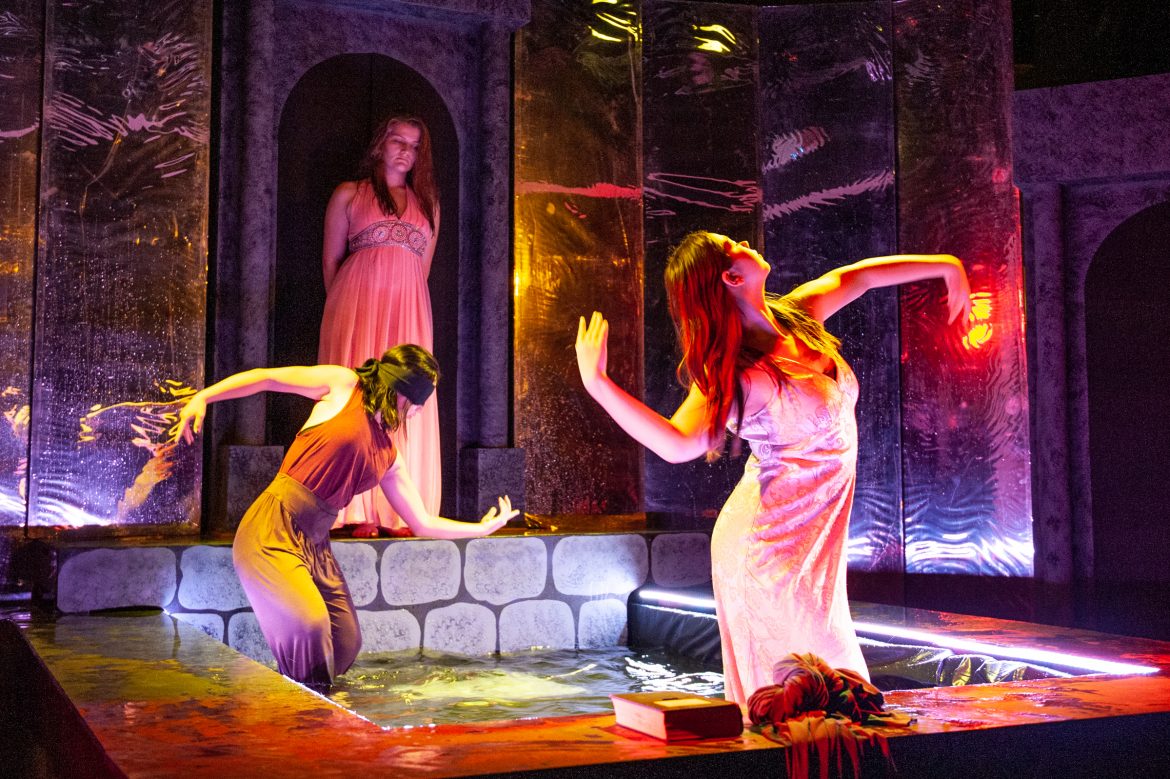 While student actors have consistently featured solid performances in past years, 'Metamorphoses' marks one of SPHS drama's first experiments with specialized sets and abstract characters.

Drama director Nick Hoffa’s goal is to bring an exciting, one of a kind experience to the stage. This year’s play, Metamorphoses, which debuted on Friday, Nov. 15, accomplishes just that, putting a modern spin on classical Greek myths in a manner that is entirely new to the drama program.

The play’s stylistic nature includes poetic language and imaginative spacework, featuring stories such as those of King Midas and Narcissus.

However, it isn’t all Greek jargon; the play is incredibly comedic. The actors switch to modern slang at times, and don non-traditional outfits such as suits, tutus, and sunglasses to enhance character dispositions and humor. The contrast of poetic, ancient Greek language and the bits of contemporary language and costumes by playwright Mary Zimmerman effectively make the play engaging and memorable, in addition to being more relatable to the present-day audience.

The cast also makes superbly quick transitions between comedic and tragic emotions within a single scene. Sometimes laughter filled the theater, and at other times it was solemnly quiet. Their effective acting, shown in commitment to characters’ personalities, allow the audience to easily yet immersively empathize with each scene.

To complement the play’s unique nature, the stage set-up is incredibly particular. The only set piece is a large pool of water at center stage, surrounded by mirrors and reflective aluminum foil. The play revolves around that pool of water, and actors often get fully submerged, treating the water as if it were another character. The reflections add to the production’s mystical nature and streamline the different lightscapes. To match intended emotions, stage lights often change colors and dim down. The effects add dimension to the performance and achieve an explosive theatrical experience which keeps audiences at the edge of their seats.

“I think the water really makes this show stand out from all the rest. It really adds a lot of elements to the show,” junior Kayla Nielsen said. “To me, the sound the water makes when we walk or dance in it is absolutely beautiful. We also splash the water a lot, so the audience might even get a little wet!” 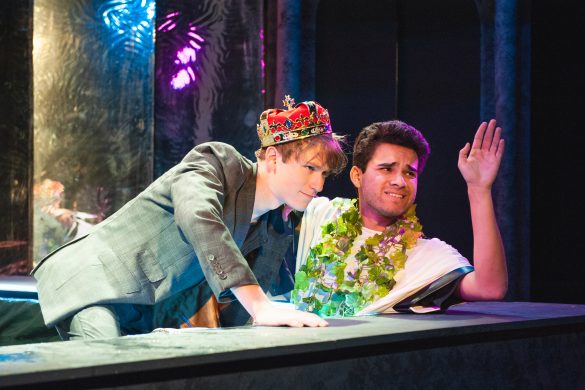 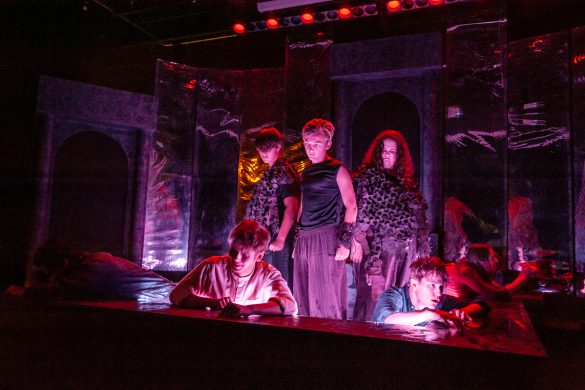 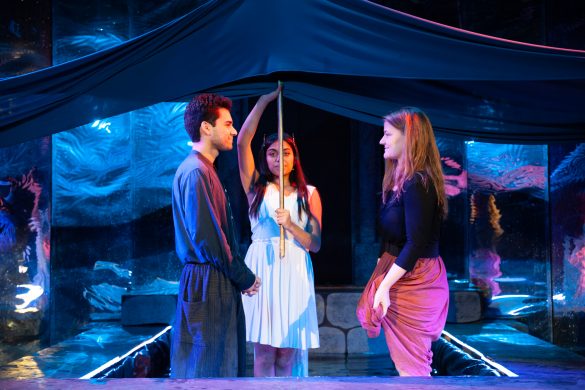 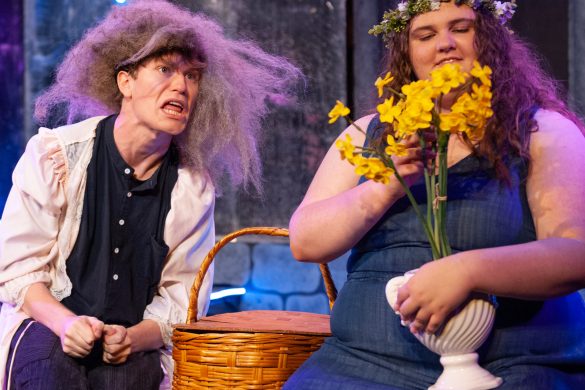 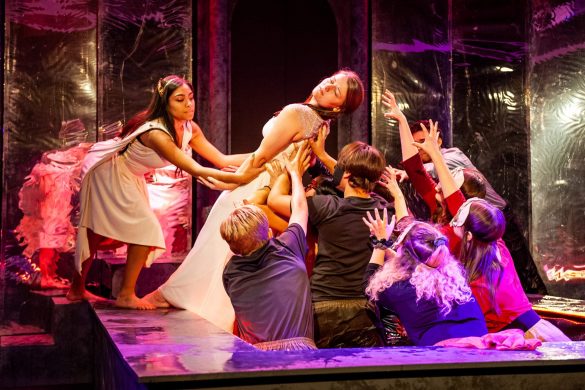 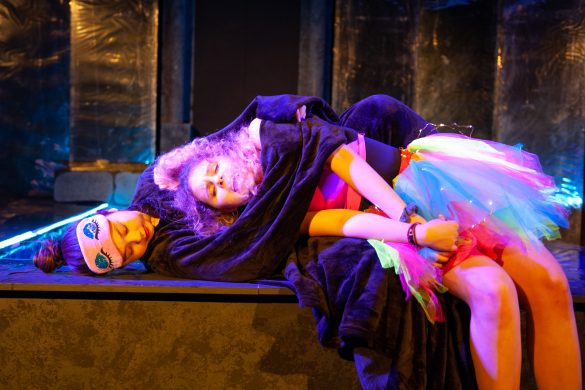 The process of creating the production wasn’t without its struggles. In the two months of rehearsals leading up to the show, the actors had to grapple with the absence of the pool, which was only brought in about two weeks before their first show. Despite their shorter practice period with the water, the cast was able to seamlessly integrate the pool into their performance, whether in actors being shoved into the water for a comedic purposes or to symbolize locations such as oceans and houses.

“[Acting in the pool] is definitely a new experience. The [most fun] thing about it is having the water to incorporate into how you act on stage.” junior Linus Wood said. ”Because of the water, we have a lot to work with in terms of making the experience feel more realistic and more believable.”

The play — only about 80 minutes — is yet another amazing SPHS production. The culmination of spectacular acting, strong directing, and a magnificent stage set up truly left a lasting resonance with the audience. The production’s unique qualities broadened perspectives of how much could truly be accomplished on such a small stage.