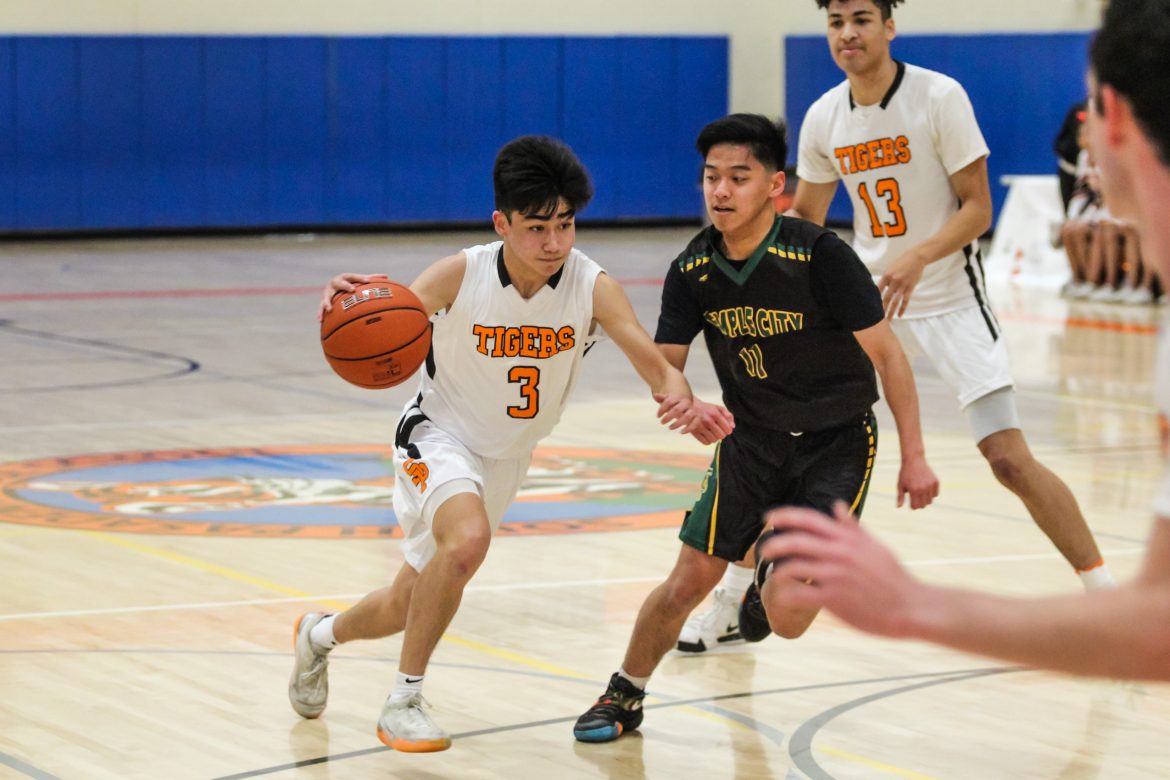 South Pas only mustered nine points in the final quarter, while giving up 16.

Boys basketball fell to Temple City in its third league game, 53-43, on Wednesday, Jan. 15. This defeat brings the Tigers to a 13-5 record and 1-2 in the Rio Hondo League.

Throughout the closely contested game, Temple City boasted a strong offense and had many well-designed plays that fooled the South Pas defense. The Tigers kept the score close until the final quarter, where the Rams outscored the home team 16-9 to walk away with a comfortable victory.

In the second quarter, the Rams displayed their shooting abilities, sinking multiple jumpshots. However, sophomore Niko Lawrence and the rest of the Tigers prevented the lead from ballooning and countered with crucial defensive stops.

Reed and sophomore Johnny Guy worked together, using their size and length to score several times. But as the half closed, Temple City remained in the lead, 27-23.

The Rams continued to dominate the court with their aggressive offense in the second half, while South Pas was unable to find answers for Temple City’s stiff interior defense.

The game sped up towards the end of the period, with both teams getting out in transition. Nevertheless, the Rams maintained their lead in this quarter, ending with a 37-34 advantage.

In the fourth, Temple City scored continuously from all areas of the court. From fastbreak layups to open triples, the Rams quickly opened up a double digit lead. Fatigued, the Tigers missed several open jump shots, which proved to be fatal in the final score and Temple City would emerge victorious, 53-43.

“Our team is fully capable of beating every team in our league,” senior Rodney Ortega said. “But the last few games, we have had the bad habit of playing down to our competition which we’re looking to work past going into our next league game.”

The team will play Monrovia on the road on Friday, Jan. 17.