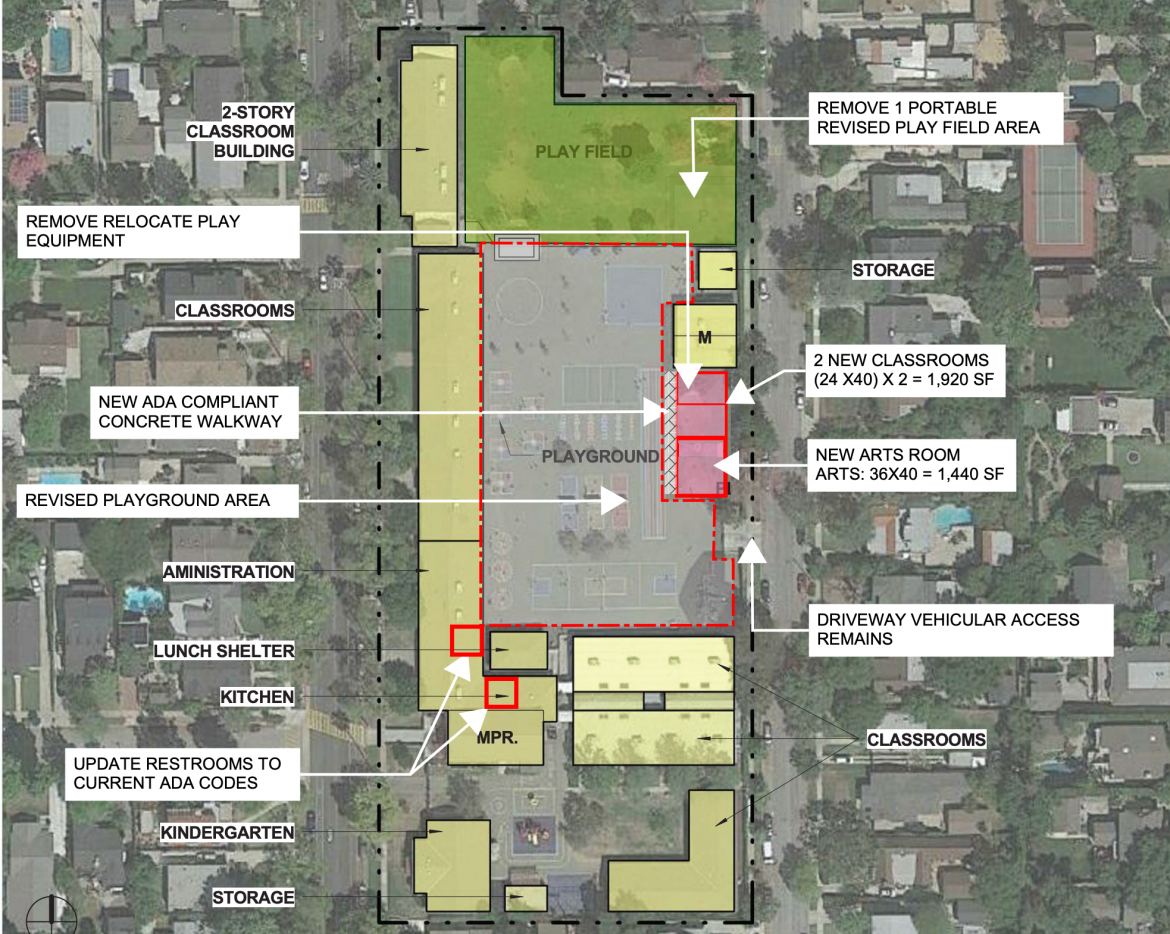 SPUSD will introduce new classrooms to Marengo Elementary, as well as the removal of the school's current temporary portables.

The South Pasadena Unified School District (SPUSD) introduced its draft plan to renovate the three elementary schools on Tuesday, Jan. 14 at a school board meeting.

Although plans are still in their beginning stages, SPUSD presented the current focuses of renovation for each elementary school.

Arroyo Vista’s plan includes a new art room and updated restrooms. The school also seeks to add four new classrooms, a new gate and walkway to the main campus, and a possible new ramp. Additionally, shade structures are to be relocated and three portables removed.

Monterey Hills wants to add a two story building: 3 classrooms and an art room on the first floor, and 4 classrooms on the second. Existing portables are to be removed and an ADA compliant walkway to the main campus is to be added.

The renovations will also replace temporary portable buildings at the elementary schools, which many residents had expressed concerns about since 2015.

Discussions about the construction are to be continued at the SPUSD school board’s next meeting on Feb. 11.