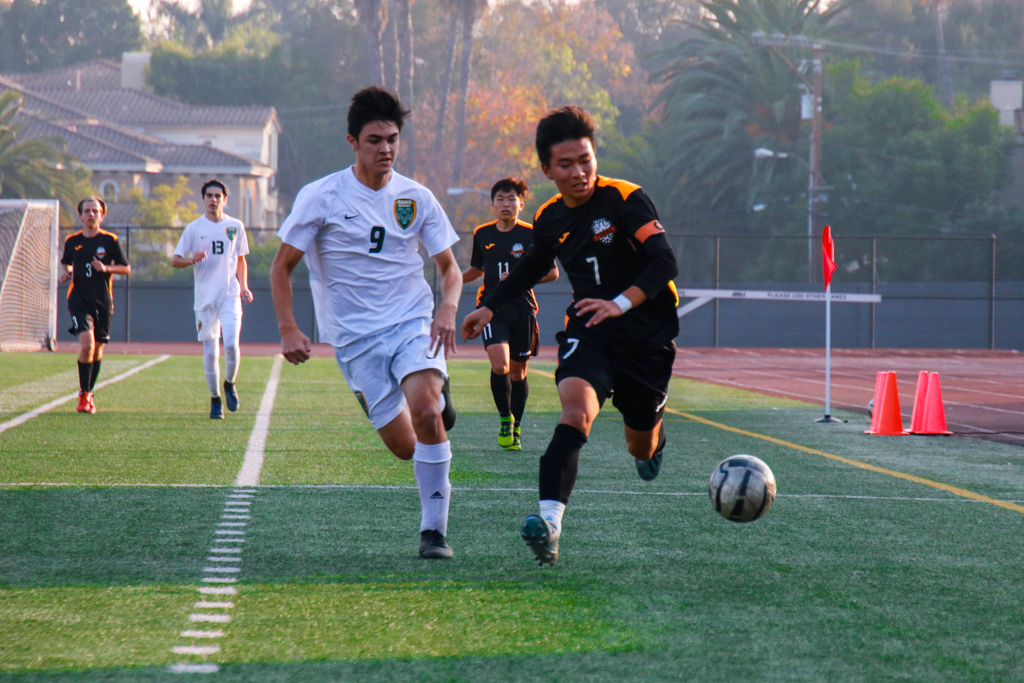 Boys varsity soccer suffered its second league defeat against the Temple City Rams, 2-1, on Wednesday, Jan. 15. The team stands 4-6-1 in the season and 1-2 in the Rio Hondo League.

In the first half, the Tigers boasted a dynamic attack, seemingly poised to score. But, they stumbled as the game progressed, allowing the Rams to score twice in quick succession. South Pas couldn’t win the ball back for an extended period of time in the second half and ultimately fell, 2-1.

Early on, juniors Kevin Ebata, Caleb Lee, and Reo Snyder worked in tandem at multiple attempts to score, but couldn’t find the back of the net. The defense, however, was not as organized. The back line crumbled, forcing senior keeper Iggy Quibilian into action.

Quibilian saved a shot, but was unable to secure the ball, allowing the Rams to score off the rebound. Shortly after, they achieved their second goal.

Lee halted the Temple City momentum and earned South Pas’ first goal. Snyder whipped a ball into the box off a corner kick and connected with his fellow junior for the header score.

In the second half, the Tigers were unable to possess the ball for long. The Rams consistently sped past the Tiger defense, leaving sophomore keeper Jacob Mills to deal with multiple one-on-one situations. Twice, he missed and slid, exposing an easy open goal.

Lucky for South Pas, Temple City was unable to capitalize on the opportunity both times. After those two scares, the game remained a deadlock and Temple City claimed victory.

“We played pretty well; we just can’t put away our chances,” Quibilan said. “Our physicality also needs to get stronger, especially in the back. We kept getting bodied out, which is why they consistently ran through our defense. Overall, midfield was doing really well, so we just need to improve both up front and in the back.”

The Tigers will continue their season with an away game against the Monrovia Wildcats on Friday, Jan. 17.