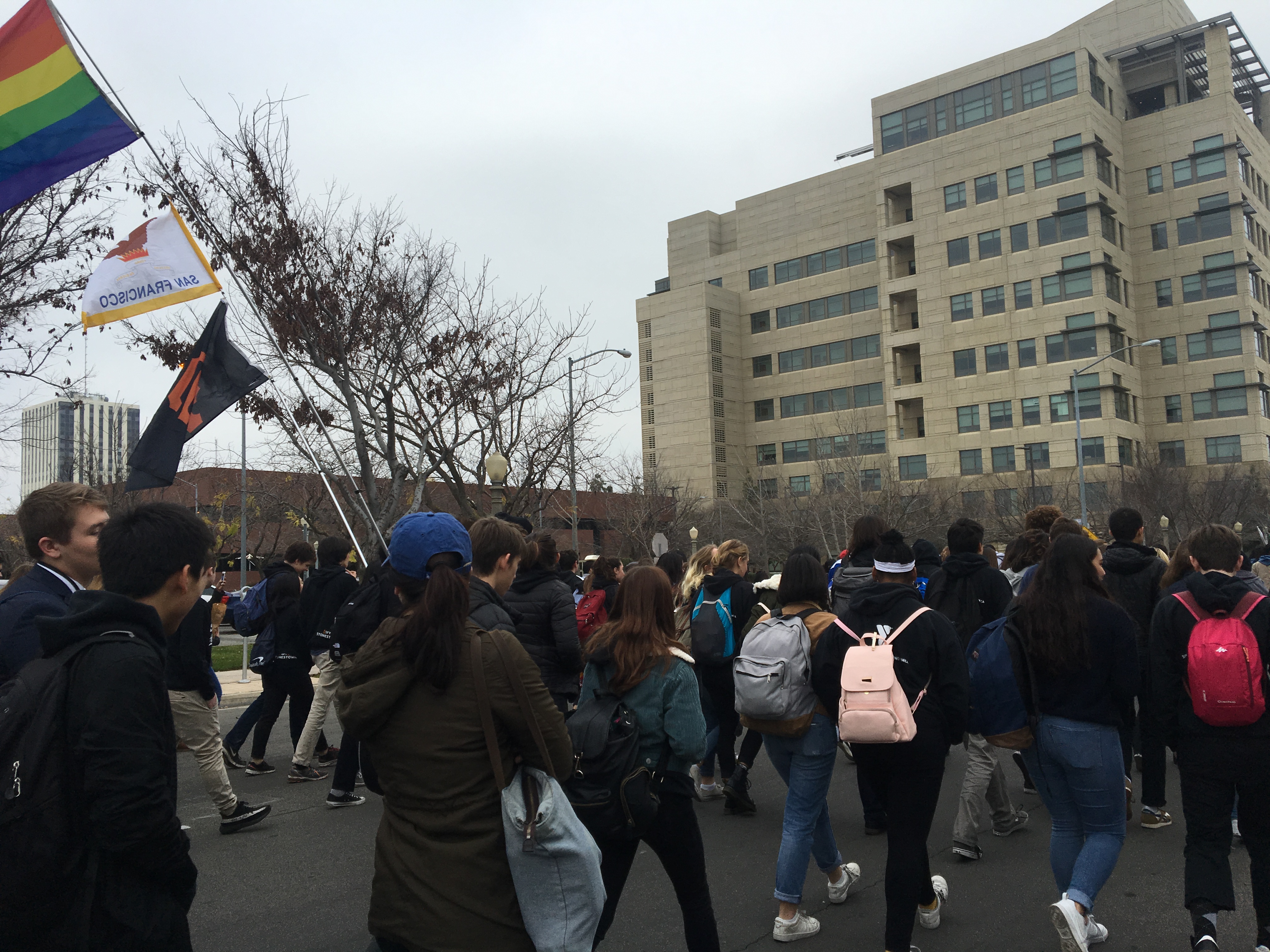 The South Pasadena and San Marino (SPASM) Youth & Government delegation returned to Fresno from January 14th-16th for their second Training and Elections conference.

The group, containing over 68 SPHS students, practiced procedure in specific program areas while running and applying for leadership positions. Junior Cole Cahill advanced to become one of the final five candidates for the office of California Youth Governor. Cahill was supported by the Sunrise Party, which is dedicated to environmental, healthcare, and racial issues. Junior Ashley Rusch was also appointed National Issues Commission chair. The conference ended on Martin Luther King Jr. Day, as delegates marched with locals in Fresno’s annual remembrance march for Dr. King.

The California YMCA Y&G program models real government in different areas of legislature and court by electing and appointing student officers in a variety of positions. Every Thursday, the SPASM delegation meets in the local Oneonta church to debate and prepare for their annual conferences. Training & Elections II, the second of two training events, allowed delegates to actively participate in their committed program areas and decide each political party candidate.

“I’m so proud of all of the delegates with all of the work they’ve put in; they’ve grown so much in applying and running for positions,” delegation treasurer Vaughn Huelsman said. “It was easiest to see that growth in Cole Cahill;  he was speaking in front of 3,000 delegates and continued to campaign to earn more than just SPASM’s support.”

Delegates will head up to the California state capitol next month for their biggest conference of the year. Cahill will continue to campaign against four other candidates for Youth Governor before the office is announced.