Wrestling falls to Monrovia in return to league play 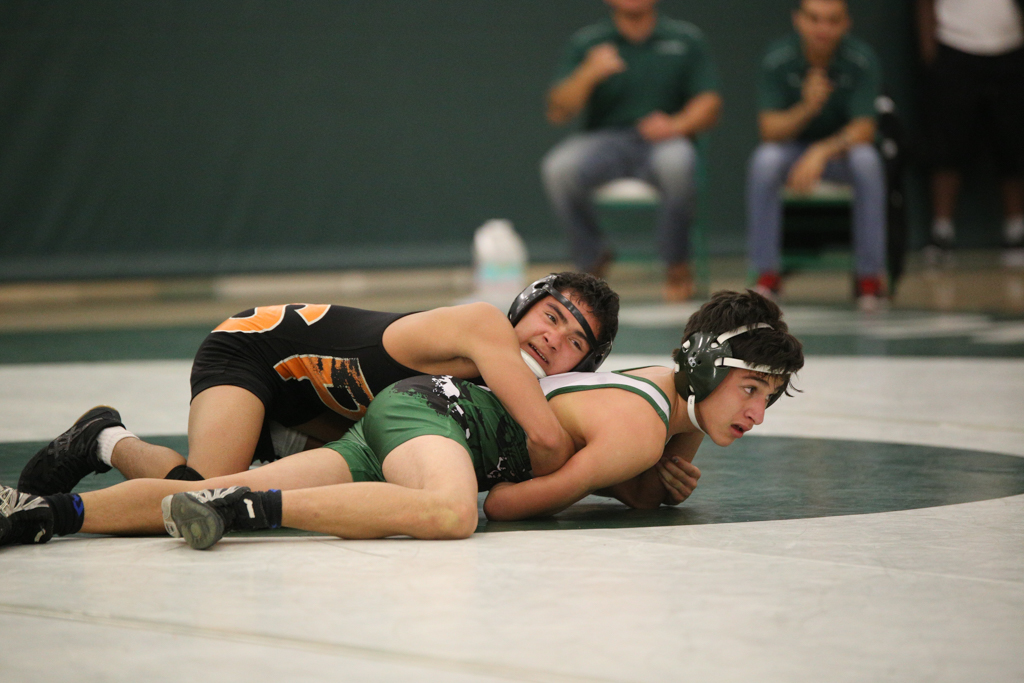 The wrestling team suffered a loss at its most recent duel at Monrovia High School on Thursday, January 28th. The Wildcats came out above the Tigers 43-35. 18 of Monrovia’s points were given because of South Pasadena’s absence of the 195lb, 220lb, and heavyweight classes. Out of the eleven matches that were held during the duel, South Pasadena lost only five.

Sophomores George Barrone (106 lb) and Irvin Perez (113 lb) set the duel off both with winning pins. Senior Nathalie Lizama (120 lb) was able to execute a few reversals on her opponent, but ultimately was pinned in her second period, setting the overall duel score 12-6.

Senior Caleb St.Julian (126 lb) quickly ended his match with a pin, followed by match losses from senior Tyler Campos (132 lb) and freshman David Szilagyi (138 lb) — both lost to pins in the first period of their matches.

The team scores were set 18-18 when Sophomore Sebastian Chinen (145 lb) stepped onto the mat. Chinen’s match turned into a test of endurance, eventually pinning his exhausted opponent in the second period. Senior Emiliano Sornoso (152 lb) then had an almost effortless technical win, ending the match 15-0 at the end of his second period. Senior Jason Takarabe (160 lb) then lost his match 6-8, unable to outlast his opponent and pinned in the third period. After the loss, Senior Parker Bell (170 lb) swiftly dominated his opponent with a 30 second pin, setting the team scores 35-24.

Junior Brayan Quintana (182 lb) began the final match of the duel grappling for control, finally taking down his opponent and earning nearfall points at the end of the first period. The rest of the stand-off went by with little action, but an eventual exchange of takedowns and reversals did conclude the match 5-7. The win earned Monrovia a much needed three points, setting the score 27-35. After adding the 18 points from weight class forfeiture from the Tigers, the Wildcats came out on top 43-35.

The Monrovia duel marked the Tiger’s first event since their participation in the CIT tournament at Morro Bay. the team traveled 200 miles to the two day tournament and entered eight varsity wrestlers — none of which were able to make it past day one in the heated competition.
The Tigers will prepare for their next League duel against La Canada, on Tuesday, February 2nd.