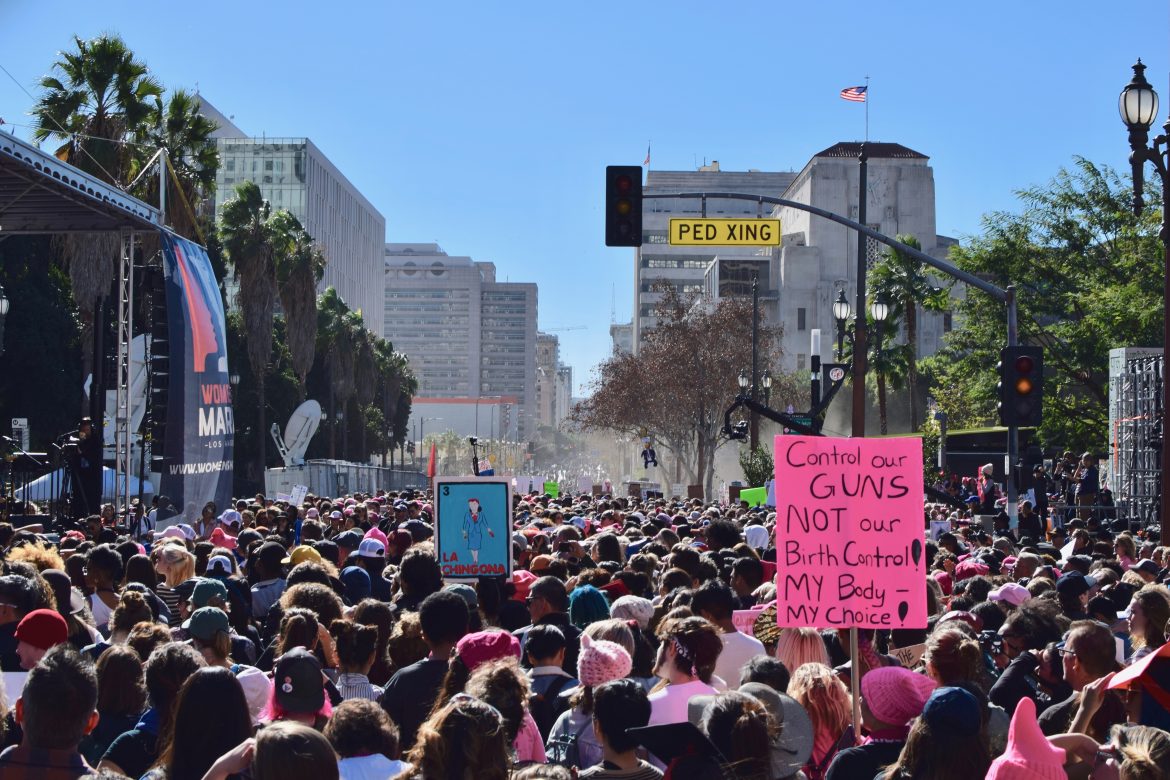 Marking the first anniversary of Donald Trump’s inauguration, the second ever Women’s March drew protestors from around the country to protest his administration. In Los Angeles, more than 600,000 people descended downtown in a display for a myriad of topics. This year, the march’s forefront theme was voter mobilization.

Pink “pussy hats” dotted the sea of energized Angelenos, a garment now synonymous with the Women’s March movement. Stoked by the ongoing #metoo movement, protestors and speakers stressed gender equality, contextualized by President Trump’s past boasts of sexual harassment. Meanwhile, in nearby Hollywood, an epicenter has formed for a cultural overhaul of sexual harassment.

The Women’s March, utilizing a far-reaching social media presence, is using its capital as a nationwide effort to gear up for the 2018 midterm elections. Under the slogan “power to the polls,” organizers hope to mobilize voters and help female candidates win office seats in the fight against the Trump Administration, which— as was posited by speakers and chanted by protestors— has three more years.

The Forgotten Organ at SPHS