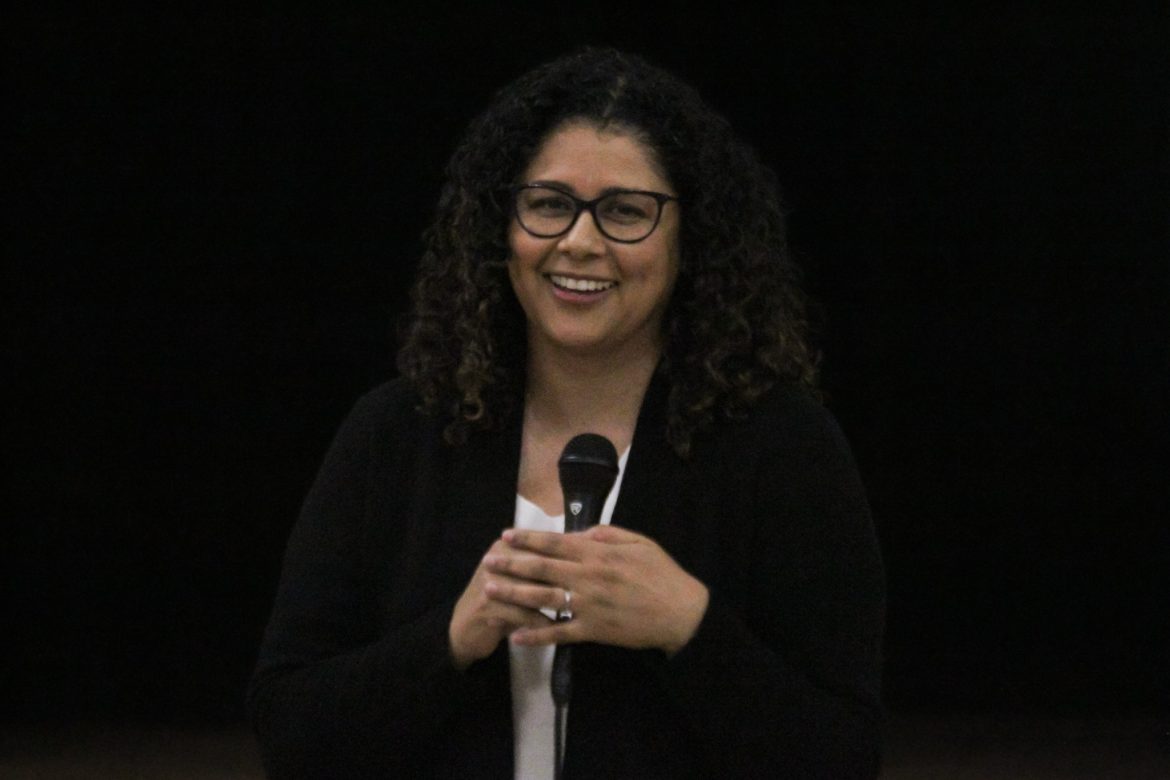 The presentation’s accompanying slideshow showed a series of bar graphs detailing the impact that Title IX had on athletics and the educational system as a whole. One dictated that since 1972, the amount of women enrolled in higher education grew exponentially more.

The South Pasadena Women’s Club hosted a presentation on Title IX on Wednesday, Mar. 2. A subsection of their new in-person programming, the club opted for a presentation about the landmark decision in honor of its 50th anniversary.

Passed in 1972, Title IX is a landmark piece of legislature that sought to prohibit discrimination on the basis of sex.

Associate Title IX coordinator at USC, Linda Hoos, conducted the presentation. It started with an overview of Title IX and the seeds that were sown from previous legislation. Title IX derived from Title VI and Title VII, both under the Civil Rights Act of 1964.

Hoos graduated from USC Law School in 2001. From there, she worked at various civil rights firms until landing on defending Title IX. She began her work at Cal Poly Pomona and recently became the Title IX associate at USC.

Hoos went on to delineate that the previous legislation only provided protections for race, national origin, and ethnicity. The latter legislation added in anti-discrimination on the basis of sex which is crucial for the development of Title IX.

“No person in the United States shall, on the basis of sex, be excluded from participation in, be denied the benefits of, or be subjected to discrimination under any education program or activity receiving Federal financial assistance,” the act reads.

She further delved into the history of Title IX, beginning with Bernice Sandler’s 1969 graduation. Sandler graduated from the University of Maryland with a doctorate in education. When she began applying for teaching positions, she was rejected because she “came on too strong for a woman.”

While Sandler was fighting discrimination, various US Senators were attempting to pass similar legislation. Eventually, Title IX was passed by President Nixon in 1972.

The presentation’s accompanying slideshow showed a series of bar graphs detailing the impact that Title IX had on athletics and the educational system as a whole. One dictated that since 1972, the amount of women enrolled in higher education grew exponentially more.

“Most people know [Title IX] has an impact on sports. But it really is throughout education so it is hugely important,” Women’s Club event coordinator Lauren Black said.

Hoos continued to delve into every aspect of what Title IX covers. Recently, its influence has seeped into workplace interactions and consent. In 2014, in conjunction with Title IX, California passed a ‘Yes Means Yes’ law further clarifying the lines of consent.

“Title IX is incredible and I have taken it for granted that women have equal access. I was born the year Title IX passed into law so my mother did not have the benefit of Title IX,” Black said.

The Women’s Club will continue their programming for Women’s History Month for the rest of March.