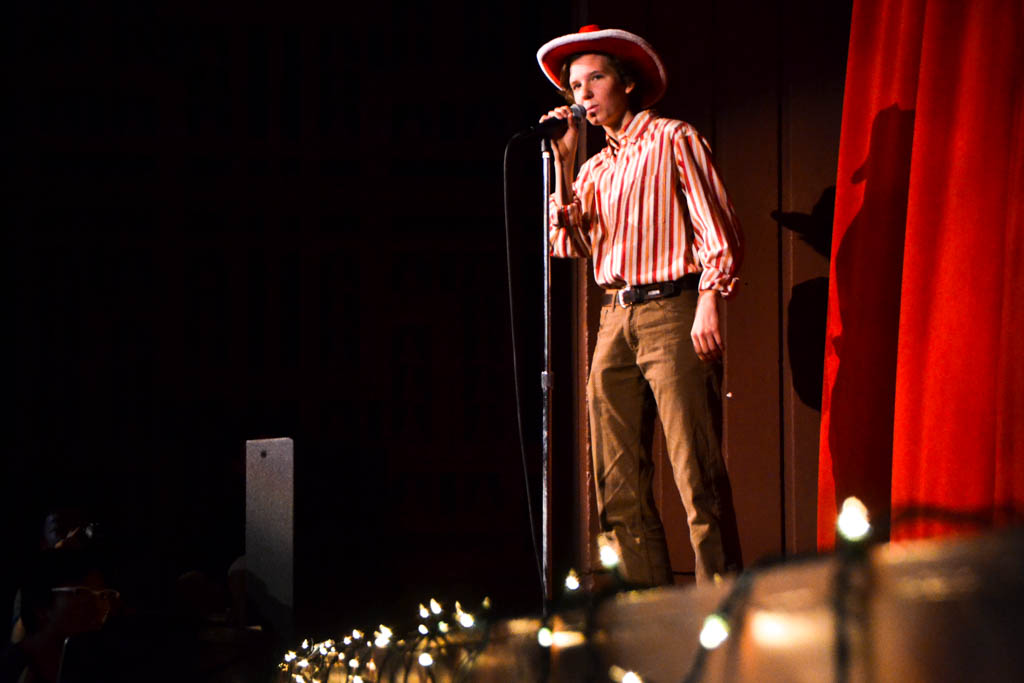 The spirit of the holidays was a prominent theme of the Winter Assembly on Wednesday, December 21. Commissioner of Assemblies Charlotte Emerson led the audience through a lively series of musical performances, video presentations, and holiday-themed skits, all culminating with the reveal of the Queen Mary as the 2017 Winter Formal dance site.

There were several musical performances scattered throughout the assembly, including junior Daniel Chun and sophomore Rachel Park’s cover of Leonard Cohen’s “Hallelujah,” and seniors Cindy Tsai and Matthew Kye’s rendition of Ed Sheeran’s “All of the Stars.” The Jazz Ensemble then performed the classic holiday tune “This Christmas,” followed by a cover of Sublime’s “Santeria” from The Frozen Gummies, a student band consisting of seniors Jaehyung Choi, John Heath, Wayne Monical, Kendrick Shen, and Lorie Meza.

The winning videos of the Winter Formal Video Contest were also shown throughout the assembly. Senior Josy Law’s Pokémon Go-themed video won her second place and a pair of discounted Winter Formal tickets, while the winner of the contest and the free dance tickets was Heath, whose video featured senior Emily Gilbow on a scavenger hunt throughout the city of South Pasadena.

The Winter Formal site reveal video was shown to end the assembly. The Queen Mary was unveiled as the dance’s location, and the “Haunted High Seas” theme was also officially announced.

“Our Winter Formal committee decided on having a haunted theme,” Commissioner General Sophia Lopez said, “and we thought this site perfectly embodied our vision.”

The date of the dance is set for Saturday, February 4. Tickets will be on sale starting the week of January 9, with starting prices at $45 Sac, $55 non-Sac, and $60 Ooter.