“When Marnie Was There” is another Studio Ghibli triumph 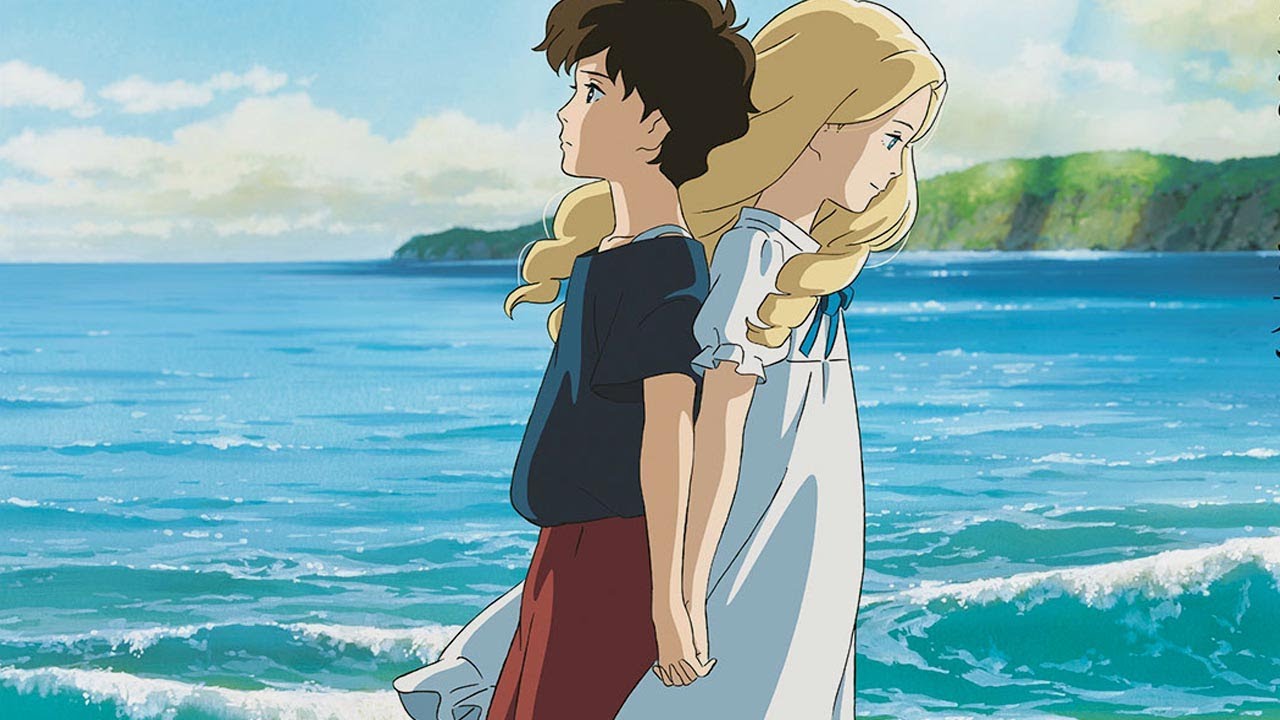 Much worry clouded Studio Ghibli’s reputation following director Hayao Miyazaki’s departure and the company’s subsequent organizational breakdown.  Despite this issue, the production house has managed to put out what may be its last film – When Marnie Was There – as a sort of farewell (for now) to a world which has long idolized Ghibli.  And indeed, the melancholic and wistful film is as fitting an end as any for the legendary studio.

After an asthma attack, Anna Sasaki (Sara Takatsuki) is sent into the bright and beautiful Japanese countryside to live with her relatives and breathe the healthy air. While sulking at having been shunted into this strange new world, she spies a run down but still elegant lake house. Further exploration yields a serendipitous meeting with Marnie (Kasumi Arimura), a charming, blue-eyed girl whose voluminous blonde curls complement a rather angelic visage.  Over time, however, the aforementioned melancholy begins to creep in as the true nature of the pair’s relationship is slowly revealed and serious doubts over Marnie’s nature and very existence come to light.  Not much more should be said here, as a main component of the film is suspense and true enjoyment of the film is contingent on knowing as little as possible going into it.

The plot is intriguing, with many twists, turns, and a great number of surprises. Unfortunately, the plot is rushed at the end, with a huge amount of exposition coming in flashback form in the last 10-20 minutes of the film. This is intended to be a big reveal for the audience, but is poorly paced, and altogether disappointing. Without details, I will simply say that the ending of the film is not at all satisfying in terms of conclusion and closure.

Furthermore, the actual content of this rushed finale is muddled at best, leaving some questions unanswered while raising far too many more. As with other films (Pan’s Labyrinth, with which When Marnie Was There shares many themes, comes to mind) audiences will find themselves puzzling over the plot’s complexities long after the film is over. Unlike the masterful Pan’s Labyrinth, however, When Marnie Was There leaves those scrutinizing the plot as much bewildered as enchanted, whereas the former instilled a greater sense of wonder through its thought-provoking conclusion.

Despite the plot’s ultimate confusion, Studio Ghibli manages to engage the audience’s emotions. Viewers may be confused at the end, but they will also be, without fail, touched. The film ensures that the audience is emotionally invested in Anna and Marnie’s story, which masks much of the plot’s defects. Therefore, plot coherence is to a great extent unnecessary to feel loss and sadness as the story of the pair’s relationship draws to a close.  And so, even if the audience is not left marveling over the intricacies of Marnie’s plot twists, they will be left with a sense of melancholy for days, a praiseworthy feat from Studio Ghibli: it is not easy to compensate for a jumbled plot structure, but in this case, the studio pulls it off.

The negatives do not go far past the glaring plot confusion, though at times Anna’s character is cloyingly unsubtle. This is a lapse of the studio’s normally excellent character writing, and at times makes Anna quite unlikable. One moment, in which Anna compares her mother to a whining goat for worrying about her, is particularly galling. Strangely enough, then, Marnie’s character is beautifully written: she is magnetic, charming  (some might say beguiling), and instantly endearing.  At one point, Marnie becomes so much more likable than Anna that as their relationship kicks off, one wonders how Marnie could possibly enjoy the latter’s company.  In the end, though, Anna’s self-deprecation and anti-social tendencies begin to taper off, and Marnie begins reveal some of her darker experiences to Anna in a very cathartic manner. In other words, they bring out the best in one another. The nature of the girls’ relationship is endearing, and overshadows Anna’s irritating moments.

In another lovely positive, the visuals of When Marnie Was There are classic Ghibli style, with gorgeous, painted backdrops dripping with color and intensity.  Also keeping with tradition, the character designs, while less flashy than the scenery, are detailed to the extreme and animated in top notch quality.  To be fair, handcrafted art is what we’ve come to expect from the legendary Studio Ghibli. Still, due to its quality if not its novelty, the splendid art of the studio’s film deserves much praise.

Like Pixar, Studio Ghibli designs its films to appeal to both kids and adults. When Marnie Was There follows this template, though the age schism is somewhat wider in this film than in other Ghibli films, and is far greater than in any Pixar films.  While some adults and most children will see the central friendship as just that – a playful friendship between two girls – many others, including most adults, will detect the romantic subtext in the pair’s handholding, blushing, and winsome flirtatiousness. But is it a love story, or just a tale of true friendship? Marnie’s coquetry could be seen as mere effusiveness, and even Marnie’s declaration of love for Anna is presented ambiguously. Thus, Ghibli does a fine job of keeping the film “child-friendly” while adding another layer of complexity to the story to interest adults. Beyond that debate, the darker themes of When Marnie Was There are not easily grasped by children, Marnie’s psychological torture at the hands of her maids being a prime example.  These, and the film’s tragic plot as a whole, give it new dimensions – one dark, one sexualized – that most children would not be able to sense, although adults will have little trouble identifying them.

When Marnie Was There is not a perfect film; it could be argued that it has more flaws than would normally be acceptable. Yet, the beauty and emotional draw of the film override many serious issues that would have doomed other works, thereby making Marnie possibly the last, but certainly not the least, of Studio Ghibli’s legendary films.

Photos of The Week #5: Brian Kojima