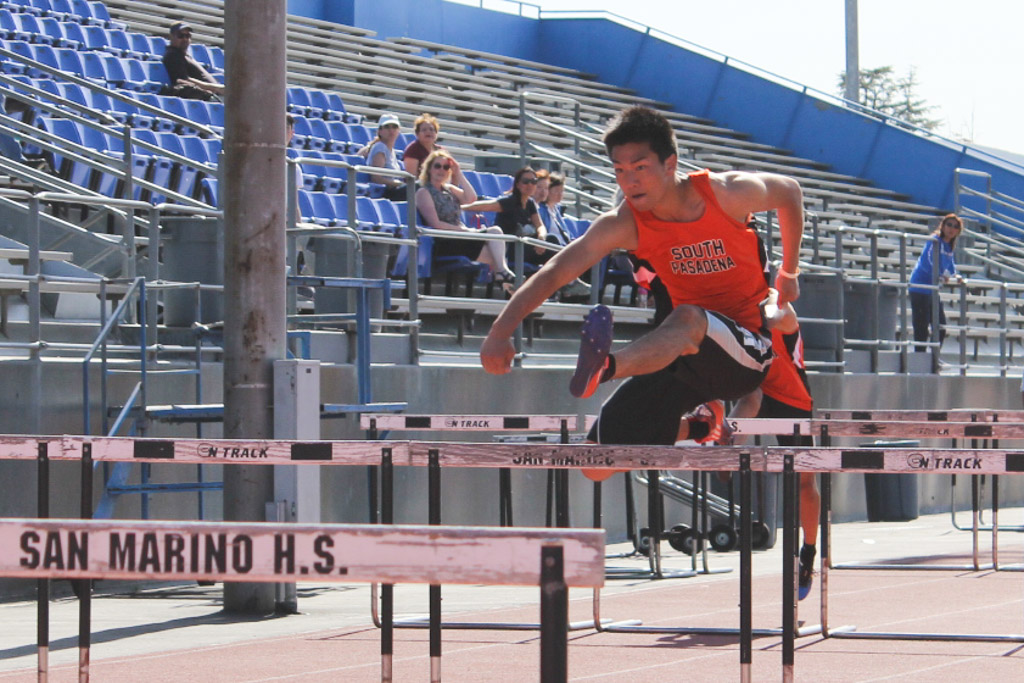 Sophomore Tianhao Wei’s historic season came to a close at the CIF State Final meet after finishing 5th in the state in Triple Jump. Wei jumped against the 11 best jumpers in the state of California on Saturday, June 2nd at Buchanan High in Clovis. His jump of 47’04.5” was his second best of the year, and had him sitting in first place after the first round of jumps. While four upperclassmen soon eclipsed his mark in the ensuing round of jumps, his top five finish against the best jumpers in California promises a bright future.

“It was the most fun and the most competitive meet I have been to, everywhere I looked there was somebody that looked very fast to me,” Wei said. “I wasn’t really nervous, but it was very exciting to finally to jump and talk with the state champ, CJ Stevenson.”

Wei, commonly known as TH around campus, was the highest finisher of the few sophomores who were able to qualify for the prestigious state meet. With Wei’s raw talent, and his impeccable work ethic, track coach CB Richards believes TH has the potential to follow in the footsteps of SPHS alum Claire Kieffer-Wright. In addition to setting school record, Kieffer Wright was a state champion in the High Jump and competed for the University of Michigan.

“TH’s potential is just starting to be realized,” Coach Richards said. “He will have the potential to raise the bar even higher in 2019 for his track results. Then become not only a top jumper/track athlete in California, but nationally in the United States. Similar to our 2014 SPHS alum Claire Kieffer-Wright who made and competed for the USA Olympic youth team at the 2013 Pan Am World games.”

After a season in which Wei broke the school record for the Triple Jump and was one of only two sophomores to qualify for CIF State Finals, the talented jumper still has two years left at SPHS to return to Clovis with hopes of placing first.

SPHS celebrates the Class of 2018 in final graduation ceremony