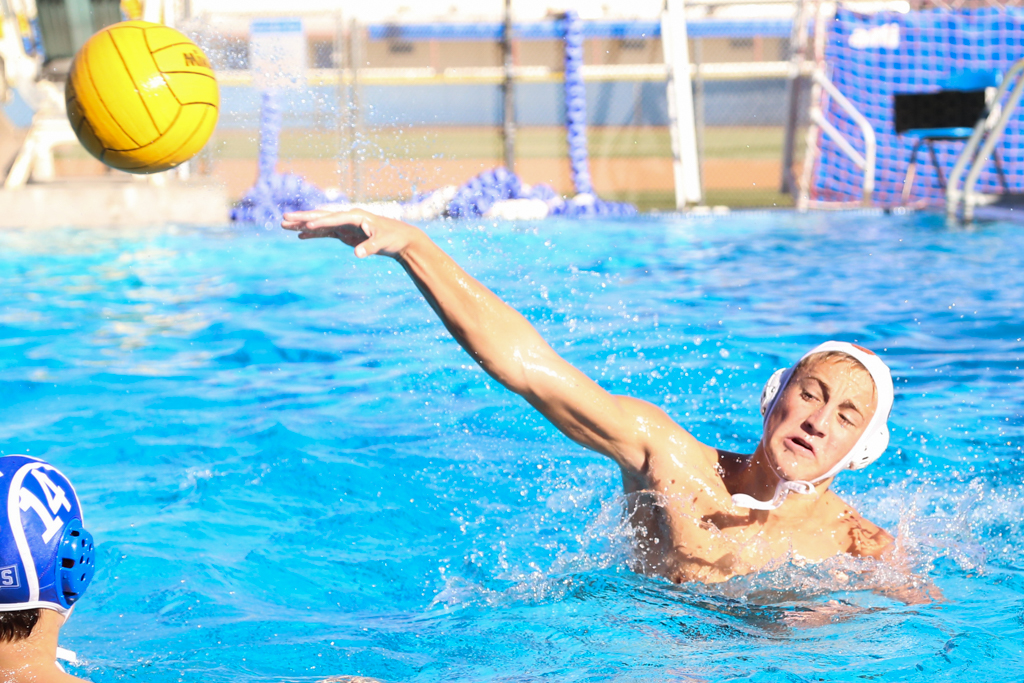 Boys’ water polo continued their resurgence in the Rio Hondo League standings on Friday, with a huge 14-11 victory over the San Marino Titans. The win was a significant moral victory for the team and serves as revenge for their season opening loss to the Titans.

Although the team was not dominant early, they were carried by senior DJ Myer, who scored four times, and was constantly performing in the clutch. Despite falling behind by a significant margin in the first half, South Pas sustained their effort, and slowly reintroduced their overpowering defense and strong fast break ability. Their raw intensity and passion was enough to stifle San Marino and silence the Titan audience. South Pas played gritty defense, despite looking lethargic in fast break coverage, and was aggressive around the goal.

The game was altered heavily by South Pas’ attitude facing a 7-3 deficit in the second quarter.  Instead of folding, the team rallied behind two huge shots from Myer and played tight defense in transition. They were assisted by senior Spencer Gurley, who made a miraculous backhand shot while being mobbed by San Marino defenders.

On offense, South Pas came out swinging in the third quarter, led by a fired up Gurley.  The senior made another huge backhanded shot in two meter, and posterized the San Marino goalie in transition to give South Pas an 8-7 lead.

Although South Pas was controlling the ball and executing efficiently, they were not capitalizing on long possessions. They finally managed to pull away on a momentum changing shot from senior Ben Schroeder, who slammed the ball in the top right corner to give South Pas a two point lead. San Marino responded with a goal but was promptly silenced by senior Cameron Benitez, who managed to drive and score with a defender dragging him under.  With the score tied at 10-10, senior Leo Sonner elevated over a defender, and sunk a shot from deep to reclaim the lead.  Sonner and Gurley put up three more points to close out San Marino, and run their score up to 14. The team spent the rest of the fourth quarter burning up clock and pushing around a subdued San Marino team.

South Pas will prepare to face the Temple City Rams at home on Tuesday, October 25.