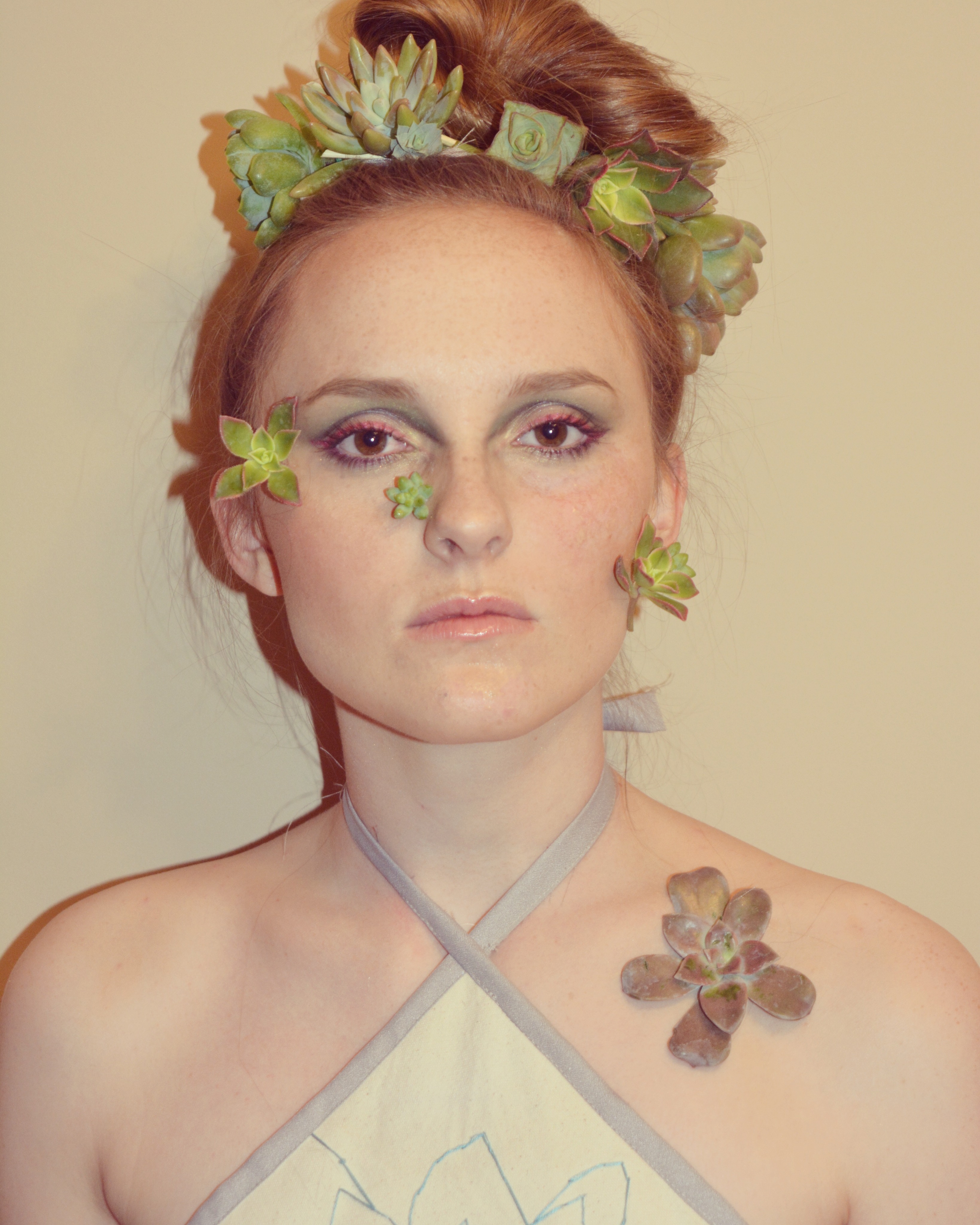 Senior Ellie Kutzer has always been intrigued by fashion. Her passion first blossomed in elementary school when she spent her nights sketching little outfits before bed. However, during her freshman year, Kutzer finally took the step from concept artist to fashion designer when she created her first dress.

Now 17, Kutzer’s artistic passion still hasn’t lessened. She draws inspiration for her dresses from other fashion designers and nature. Kutzer is currently exploring succulents by incorporating them into her designs. Sometimes this includes placing the plants on the model’s face, hair, and clothing, producing a “formal with a hint of vogue” appearance.

“I love fashion because it’s one of the best ways to express who you are everyday,” Kutzer said. “It’s what makes people unique.”

Kutzer traveled to France last summer to refine her fashion skills at the Paris College of Art. As part of an assignment, Kutzer chose to draw inspiration from denim landscape artist Choi So Young. Influenced by her rugged jean scenery, Kutzer created a dress collage of recycled denim collected from various thrift stores.

“I love the concept of creating something in your imagination and then creating it in the real world.” Kutzer said “It’s amazing that something you thought of actually exists.”

In South Pas, Kutzer furthers her experience by visiting several artists for painting and advice. She spends approximately two hours everyday completing and adjusting her pieces while simultaneously balancing her school work. At SPHS, Kutzer takes AP Art with Ms. Levie and is currently sketching an agave plant line.

“Ellie’s work has a subtle beauty to it,” Ms. Levie said. “The succulent plants she’s sketching, they’re very simple but she brings richness and beauty to them in her own way.”

Kutzer’s hard-working spirit and passion for the arts has her in the midst of creating a general portfolio to submit to art colleges. Even though Kutzer plans to major in fashion design, the portfolio must contain other forms of Kutzer’s work, such as her drawings and paintings. She has been working on her application for months, meticulously editing her pieces to perfection.

Kutzer’s commitment is clearly shown through her involvement within SPHS and numerous art classes outside of school. Even without that knowledge, however, her effort and dedication is clearly visible in every aspect of her art.

Here is some of Ellie’s work: