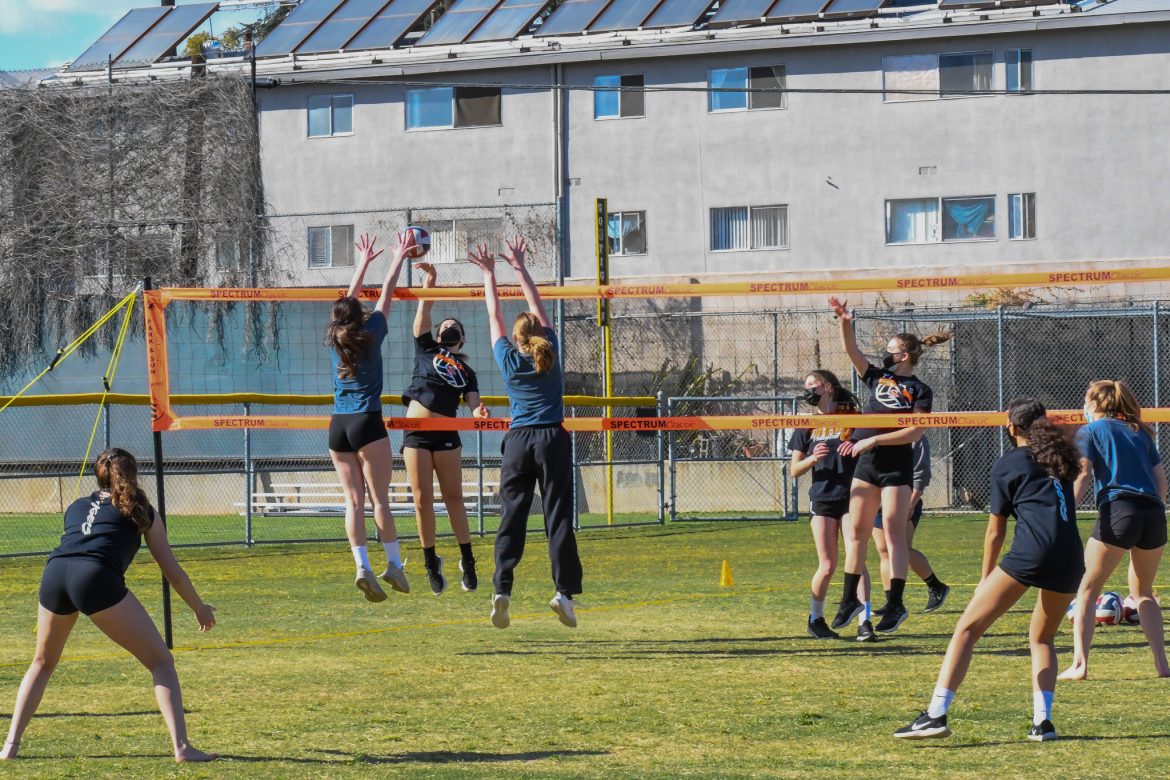 COVID-19 health restrictions have jeopardized the SPHS volleyball team’s season, as it has become unlikely that the teams will be able to compete before the end of the season. Hoping to salvage a season, SPHS athletic director Anthony Chan and athletic directors from neighboring schools have raised the possibility of playing volleyball outdoors.

The outdoor volleyball games would likely have to be played on grass, as most schools do not have a suitable blacktop surface or nets that can be weighed down on cement. Additionally, outdoor volleyball is not a California Interscholastic Federation sanctioned sport, and the games would likely be played without referees. The teams hope to schedule a few friendly matches against neighboring opposition, although La Cañada and Temple City, among other schools, have expressed hesitancy to play on grass.

Playing outdoors presents its own set of challenges. Factors such as the sun and wind, which can normally be controlled indoors, could alter the flow of games. Similarly, grass is radically different from the hardwood floors of an indoor gym surface that players are used to competing on. These differences could result in limited mobility, a slower playing pace, and injury risks that would not normally be present in an indoor setting. Such concerns have players remaining cautiously optimistic about the potential return to competition.

“Playing outdoor volleyball would be a very interesting alternative,” senior libero Lindsey Hirano said. “I think there are some concerns with playing outdoors. For example, some positions such as libero and DS [defense specialist] have to dive on the ground to get to the ball, and that could be very dangerous if we are playing on grass. I think that is something that players have to be mindful of if we hold games outdoors.”

However, such worries have not gone unnoticed. coupled with neighboring schools’ unwillingness to play on grass, Chan maintains that there is much left to assess before anything can be finalized.

“We are reviewing whether we want to play on grass for one or two games, as many of us are concerned about the safety of full speed volleyball on grass,” Chan said. “Most sports that play on grass normally have cleats for that reason. With many of our girls playing club volleyball and are looking to play (or are) at the next level, we are reevaluating the situation.”

Despite these potential obstacles, many players understand that playing outdoors might represent their only opportunity to play this season; The girl’s volleyball season officially ends on Saturday, Mar. 20 and neither the boys or girls team has yet to step foot in the gym this year.

“It isn’t what we want, but it is better than not playing at all,” senior volleyball player

Colin Sheng said. “This season will be my last of high school volleyball, and although playing outdoors will be a different, more challenging experience than what we’re used to, it could be my last chance to play alongside my teammates.”

Chan shared similar feelings, as he hopes to find a way to provide seniors with one final chance. While COVID-19 regulations have made playing outside the only feasible option as of now, Chan relays that getting student-athletes back into the gym before the end of season two remains a priority to the SPHS athletic department.

“I think we are looking at finding ways to honor our seniors,” Chan said. “Should we be able to have something inside the gym, we could look at ways of scheduling an exhibition match of just seniors between some league schools. However, everything is very fluid. One thing is certain, and that is we have been thinking about how we can give these ladies a chance to compete on the gym floor.”