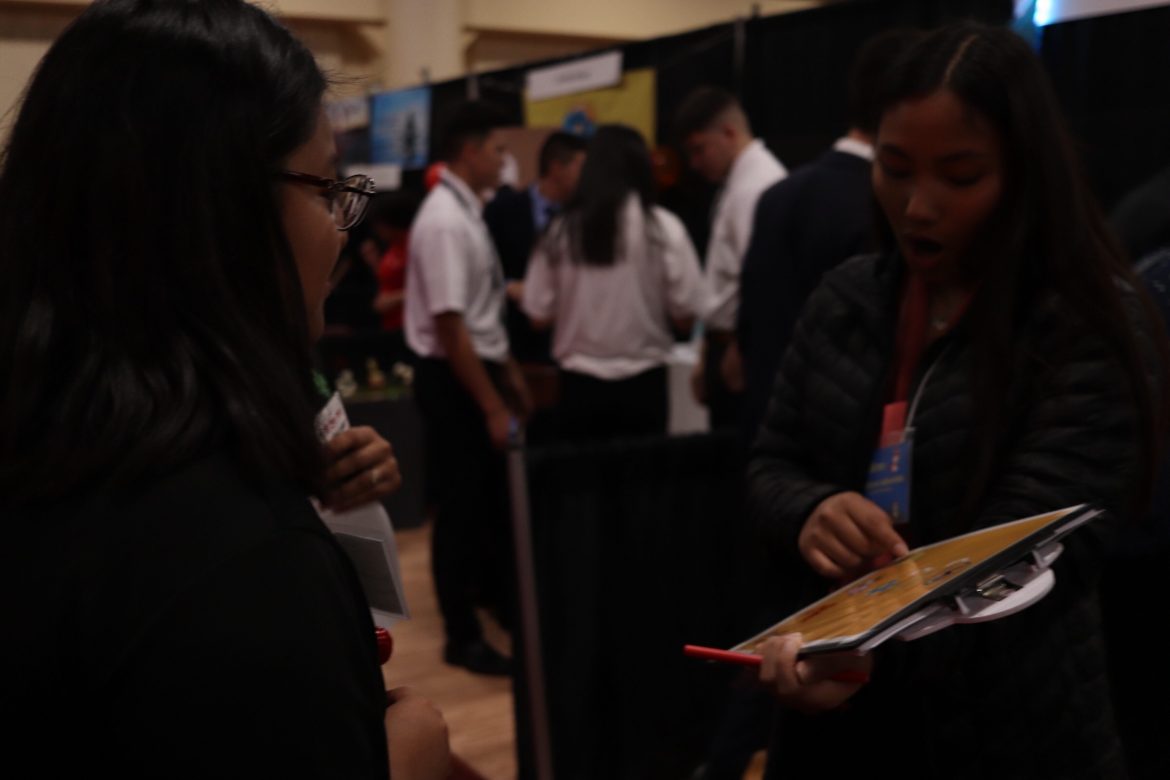 The SPHS Virtual Business varsity team received multiple awards at their third competition of the year at the 2019 San Francisco Bay Area Conference and Exhibition, from March 16-17.

The v team, iKOMO, competed against companies across the globe in numerous events at the fair. This school year, the team created a cryptocurrency based game in which users can make transactions in the game to purchase a variety of items, ranging from KOMOcoins to iKOMO eggs. Because of this project, the team’s business plan at the Bay Area conference involved selling of socks and tote bags with their collectible iKOMO characters.

The team won gold in various events, ranging from Micro Capital Challenge, which challenged students to create a business plan that could be sustained by the school, to Marketing Plan. The team also placed second in Human Resources as well as third for both Finance and Employee Handbook. overall presentation, which included the quality of their booth, selling, and general aesthetic, won the team bronze in the WOW factor.

The team’s next competition will be in April, where the iKOMO seniors will attend the New York International Trade Fair.

Change in management: Luna reveals reasoning behind his removal as athletic director