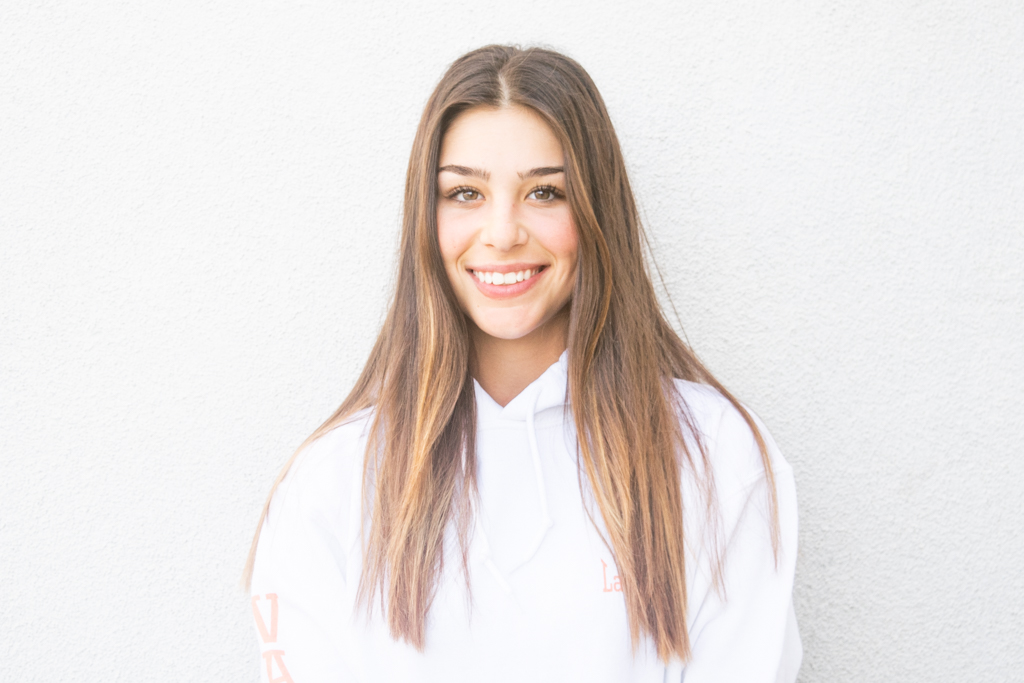 Despite shouldering numerous responsibilities including her family's finances and golf practice, Tskvitichvili's strong work ethic has helped her maintain her energy and passion for life.

Senior Victoria Tskvitichvili stood on the golf course, tightly gripping her club, observing the fairway ahead of her. In this moment, a sense of calm washed over her. To Tskvitichvili, playing golf is exhilarating, yet unhurried; immersed into the game and without worry, and she was ready to take on the challenge ahead of her.

Tskvitichvili immigrated to America from Russia when she was just eight months old. She spent the next 15 years in Calabasas, California. While preparing to enter the local high school the following one year, Tskvitichvili was informed that she would be moving to South Pasadena.

When Tskvitichvili began her freshman year at SPHS, her sister was 30 years old, married, and moving out to start a family. Before her departure, her sister managed the family’s finances, as their parents were unfamiliar with English. Thus, when her sister left the house, her sister’s responsibilities were suddenly hers.

“My parents began permanently living here in freshman year,” Tskvitichvili said. “Whenever my dad had problems with English, I would be the one who translated. When we got an apartment in Pasadena, I had to schedule appointments and discuss home appliances with the realtor. I’ve had a lot more responsibilities besides school, learning about adulthood at an earlier age.”

English was not a strong suit for Tskvitichvili; however, she did not let this language barrier affect her academic progression and sought out her teachers and well-spoken peers for guidance. Along her journey, she built multiple new friendships and noticed how they pursued their passions. Now motivated to express her own voice, Tskvitichvili joined Youth and Government, believing that it would broaden her perspective on politics and improve her speaking skills. Unsurprisingly, the improvement in her communication efficiency boosted her confidence, not only at school but also in golf.

Since the responsibilities of paying bills and maintaining her grades placed a heavy burden on her shoulders, she found herself relieving her stress at the golf course. Tskvitichvili had been golfing since fifth grade, and began golfing competitively at Southern California Professional Golf Association, also known as SCPGA. Her experience and composure proved to be valuable assets to the varsity girls golf team. After two successful years, she was elected team captain and with her participation in Y&G, she began to exude more confidence. She also realized the importance of being compassionate and becoming a leader who her teammates could go to for advice.

“Golf impacted me the most,” Tskvitichvili said. “If anything was tough for me, the golf course was my peace. It got me through anything rough in my life, whether it be school or at home. At first, I was repelled by the slowness of golf, but it soon became a part of me. Once I started winning the first few matches of the SCPGA, that sparked me to pursue golfing more seriously.”

Through all these experiences, she has become independent, reliable, and responsible. The inspiration from her friends, golf, and academics have allowed her to face responsibilities with confidence. Determined to persevere past her language barrier and hardships, she has conquered her fear of speaking out and has become a motivated, fiercely self-reliant individual whose strong work ethic will surely be invaluable to her goals in high school, golf, and beyond.