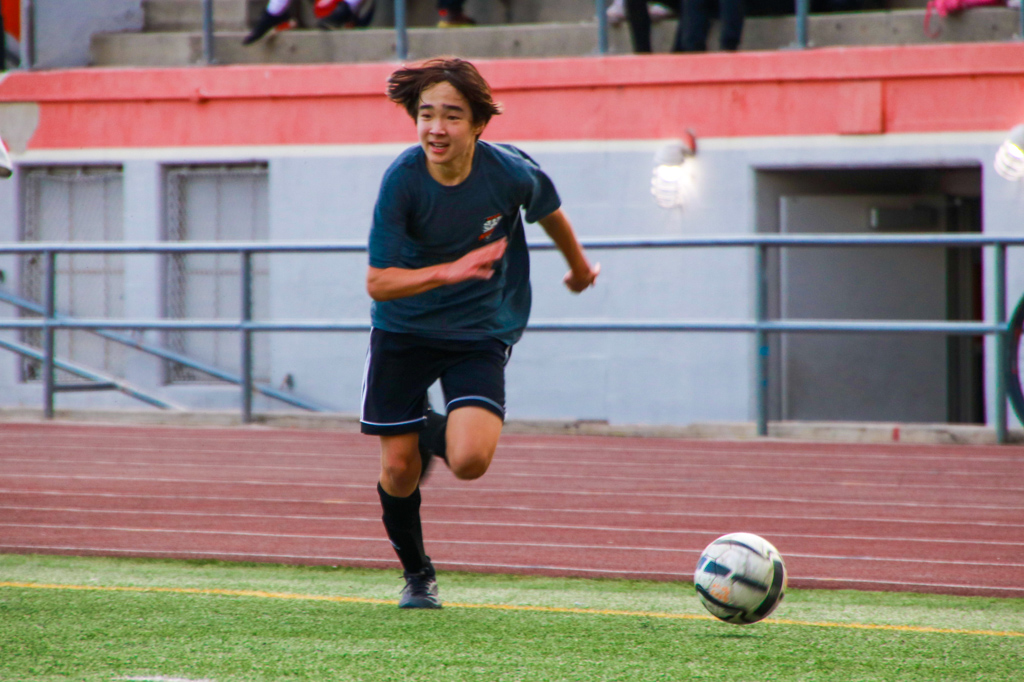 Without multiple starters, the Tigers succumbed to the Cowboys, 3-1.

Missing multiple attacking starters, South Pas was not able to function properly in the first half, letting Canyon take the lead. The Tigers equalized in the second half, but ran out of fuel, losing 3-1.

From the start, the Rebels’ strong offense shined and gained a goal within the first couple of minutes. After the opening goal, the Tigers tightened up their defense. Senior defender Evan Strittmatter and sophomore Chad Noueihed were able to deter any other Canyon Country attack with header clearances.

South Pas felt the absence of juniors Caleb Lee and Aaron Cho and could not generate a score in the first 40 minutes, finishing the half in a 1-0 deficit.

The Tigers found their footing in the second half and sophomore Arden Benitez beat the keeper to tie the match, 1-1. However, it didn’t last. The Cowboys roared back and scored another goal.

Numerous South Pas attempts to score failed and at the end of the game. Pushing its players forward, the team’s defense weakened and Canyon Country finished the game with one more goal.

“We’ve come a long way from our first few games against Poly and Gabrielino. Even though we may not like the result, we’re showing a lot of improvement and were looking up for the rest of the season,” senior co-captain Ian McLane said.

The Tigers will look to steer back on track against Gabrielino in a tournament on Saturday, Dec. 14.