Top Posts
The current system of education cannot be tolerated...
Community applauds elementary school TK to 2 reopening
The process of military recruitment at high school...
Unhealthy relationships should not be glorified
Society needs to validate queer people
Students brace for possible cancellation of sports
‘Coming out’ should be on one’s own accord
City Council approves primary permit for Moffatt Street...
Consulting the cosmos: Astrology in 2021
Normalcy should not be the expectation
Home Community Veterans Day inspires local appreciation
CommunityFeaturedNewsPrint Issues 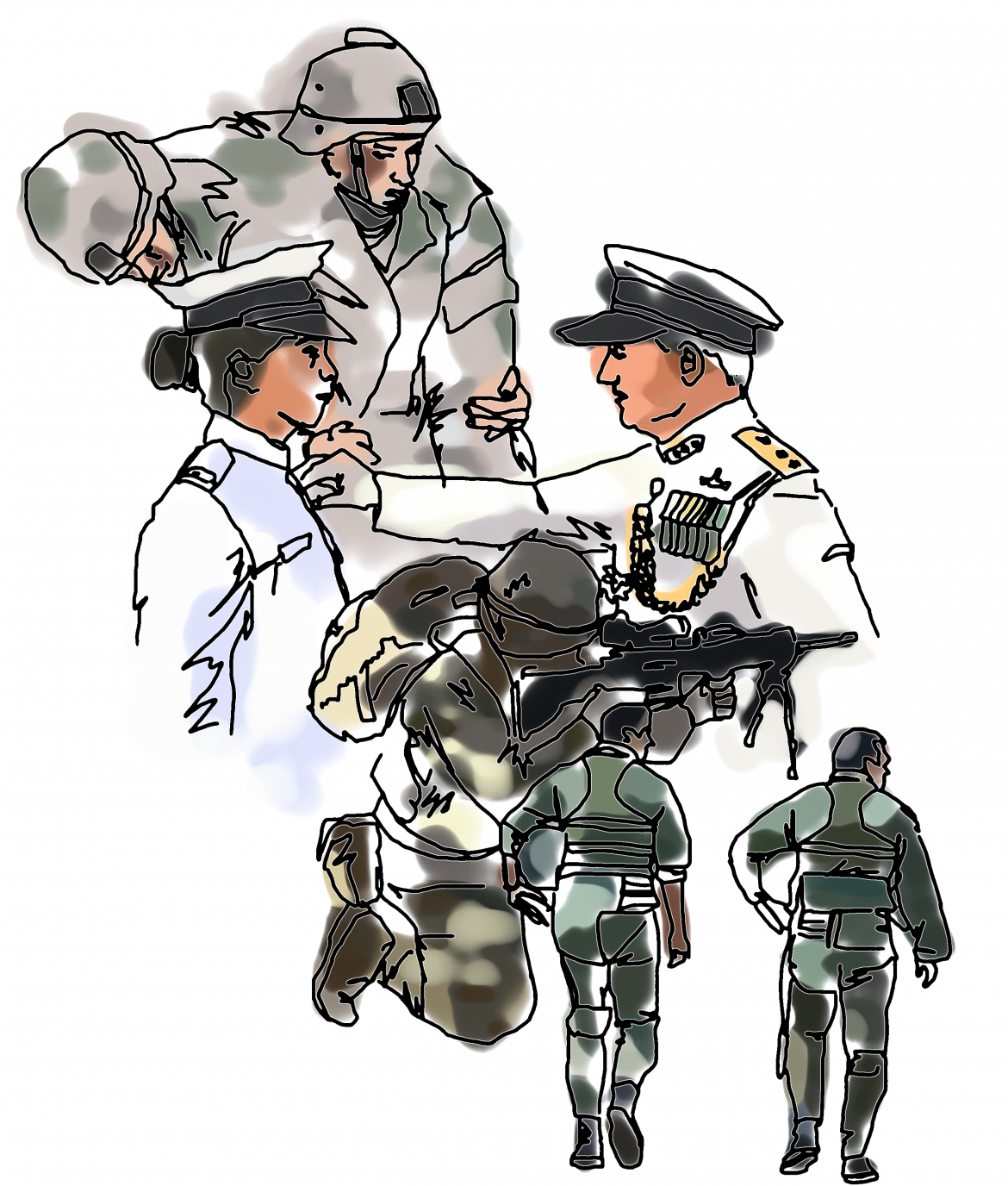 Local veterans share their perspectives and experiences with the military.

Veterans Day was established in the U.S. in 1954 to recognize the end of World War I and honor those who had served in the military. This issue, Tiger speaks with several military-involved locals as they share their perspectives and experiences.

Military experiences demand adaptation
Veteran Dorothy Platt did not originally plan to join the Air Force. The Class of 1987 SPHS alumna had intentions of attending medical school, but a friend’s father approached her and mentioned that the Air Force was offering scholarships to those going to medical school. With that invitation, she joined the Air Force and worked as a pediatrician for seven years, caring for the kids of active-duty families.

However, much of her experience with the military has come from her husband who served in the army. Her work in the Air Force helped her quickly adapt and learn to stand up for herself in an environment that is foregin to many.

“I understood the system and what I was getting myself into. I think that sometimes when most people marry into the military and haven’t had that sort of experience or even if you grew up in the military, it’s different being a veteran, versus a spouse, versus a child of an active-duty member. [My time in the Air Force] helped me to be more confident.”

Platt’s frequent moving around as part of a military family has taught her to become more open and willing to reach out for help when she needs it.

“Within the military, you learn quickly to develop friendships with others so they can support you and you can support them. There’s no grandma, there’s no mom there to locally support you, so you learn to form your own support networks wherever you go, and you learn not to be independent, but interdependent and be willing to reach out to others and have others reach out to you.”

While Platt’s military involvement ended approximately five years ago, she usually does not advertise that she is a veteran because she does not want to be put on a pedestal.

A rebel grows into a grateful veteran
SPHS alumnus and veteran Roy Dunkijacobsnolten has always been somewhat of a rebel. After learning he had been drafted into the Vietnam War, he immediately packed his bags, planning to dodge the service across the border in Canada. However, Dunkijacobsnolten reluctantly enlisted at the direction of his father: a decision that would change his outlook on life.

“I wanted no part in a war that I really had no knowledge of. But my father was a sergeant major in the Royal Air Force… and when I told him that I wanted to take off to Canada, he told me: ‘I have never asked you for anything, but I am asking you for these two years.’ Coming from my father, I said, ‘Sure, what could two years [in the military] really do to me?’”

When Dunkijacobsnolten enlisted, U.S. involvement in the Vietnam War was ending. Soldiers withdrawn from combat were brought to the barracks where Dunkijacobsnolten was based, many terribly shaken and scarred.

“I heard countless war stories from these soldiers, and many of them had lost it. Before I got drafted, I didn’t want to go; I was a rebel. But after I did my two years, my entire attitude changed. Not about a war we weren’t supposed to be in, but for the respect of the soldiers that went in and fought for their country.”

After leaving the military, Dunkijacobsnolten struggled to find direction in his life. He fell into a life of drugs and alcohol, and like countless other veterans, found himself on the street and with little support. It was only through the urging of his friends and family that he began to attend AA meetings and get himself back on his feet.

“Too many kids who go into the service have nowhere to go and very little to help them. Years ago, I had a heart murmur, and I went to Veterans Affairs and they said, ‘OK, we can see you in about five months.’ I was taken aback, but it turns out that they had already put me in the front of the waiting list.”

As Dunkijacobsnolten has watched his children follow in his footsteps and join the military, he acknowledges that some things have improved. However, he still believes that Veterans Affairs should provide support quicker and more effectively. On Veterans Day, Dunkijacobsnolten was reminded of the soldiers he met in his two years in the military, and hopes that people can appreciate their sacrifices as much as he does.

“When somebody comes up to me when I’ve got my Army shirt on and they say: ‘Thank you for your service’ … that is the biggest high that I get, even to this day.”

Service creates diverse opportunities
Veterans Day never mattered much to SPHS Class of 2020 alumnus Martin DeJesus during his youth; he just thought of it as another day off from school. However, as he now prepares to officially join the U.S. marine corps in December, DeJesus has developed a new appreciation for veterans.

“I’ve never really had any close friends or family members who were in the military; I didn’t really have that military upbringing, so that led to me not really caring too much about Veterans Day,” DeJesus said. “Before I enlisted, I thought that most military people were robots or conservatives or hardheads. But they’re people too. Even the other poolees I train with, they’re like weebs and nerds like me. I love them. They’re going to be my family.”

DeJesus hadn’t originally planned on joining the military after high school, but the boredom and financial struggles of the pandemic encouraged him to consider the option. Though he was never completely sure of his post-secondary plans, DeJesus’ positive past experiences with veterans and military members had motivated him to ultimately enlist with a focus in logistics.

“I first met a recruiter in eighth or ninth grade and he just stopped me and talked to me on the side of the road about my interests [in writing and music]. He told me that there were jobs similar to that in the military… I was like ‘Wow, that’s cool,’” DeJesus said. “I’ve met a few recruiters who are drill instructors at boot camps… They were screaming at everybody and I thought it was scary but cool.”

This Veterans Day, DeJesus hopes that more people will seek to understand the uniqueness and importance of veterans instead of stereotyping them.

“Everybody has their own story, veterans especially. They have a very long and interesting story,” DeJesus said. “So if you see a veteran, thank them and be appreciative. Not just on Veterans Day, but whenever you see one.”