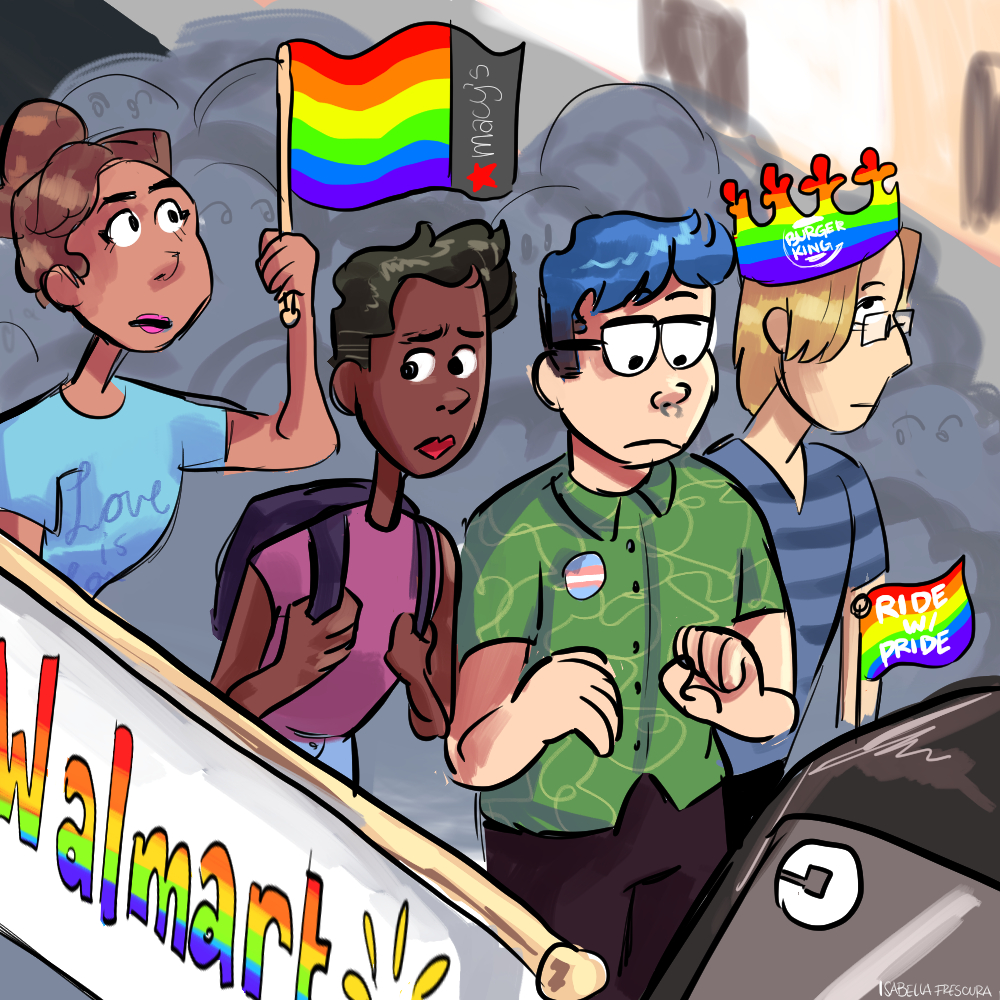 Pride this year exploded— plastered all over windows, Instagram feeds, and headlines. I read dozens of articles about the origin of the Rainbow Flag and the history of the LGBTQ+ rights movement. As the traction for Pride month increased, so did its rainbow appearance in malls and advertisements. I first read this as contributing to visibility of the LGBTQ+ community and inwardly smiled. But when I saw Uber’s campaign “Ride with Pride” I took a double take.

Uber’s CEO Travis Kalanick just resigned under pressure, following a slew of legal troubles. The company is known for its culture of sexual harassment, and, recently, the story broke that back in 2014 corporate executives, including Kalanick, obtained the confidential medical records of a woman who had been raped by a driver. But during June, they became the “official Ride of Pride” for major cities around the world.

Corporations use the rainbow iconography to both capitalize on the “trendiness” of LGBTQ+ rights and appear friendlier. Uber’s “Ride with Pride” disguises the harmful actions of the company and its leadership. This is especially frightening because Uber has taken direct actions in opposition to the LGBTQ+ community. Kalanik was appointed to Trump’s advisory committee, joining an administration that has emboldened groups that are anti-gay. Furthermore, Uber gained infamy for taking advantage of a taxi protest at the JFK airport in January, seizing the chance to service customers from the taxis on strike and stifling the effectiveness of the taxi protest.

Starting with the Stonewall riots, the Pride movement built up upon the work of LGBTQ+ women, people of color, and poor people. These people are the most threatened by actions of Uber. Uber’s use of Pride iconography exploits the movement for profit while not taking any action to actually help the Pride movement. Pride—as the name so blatantly expresses—is a celebration of rights, a fight for freedom, and an expression of gratitude for the people who came before. Pride belongs to the LGBTQ+ community, not to corporations.

SPLL All Stars finishes first tournament of the summer