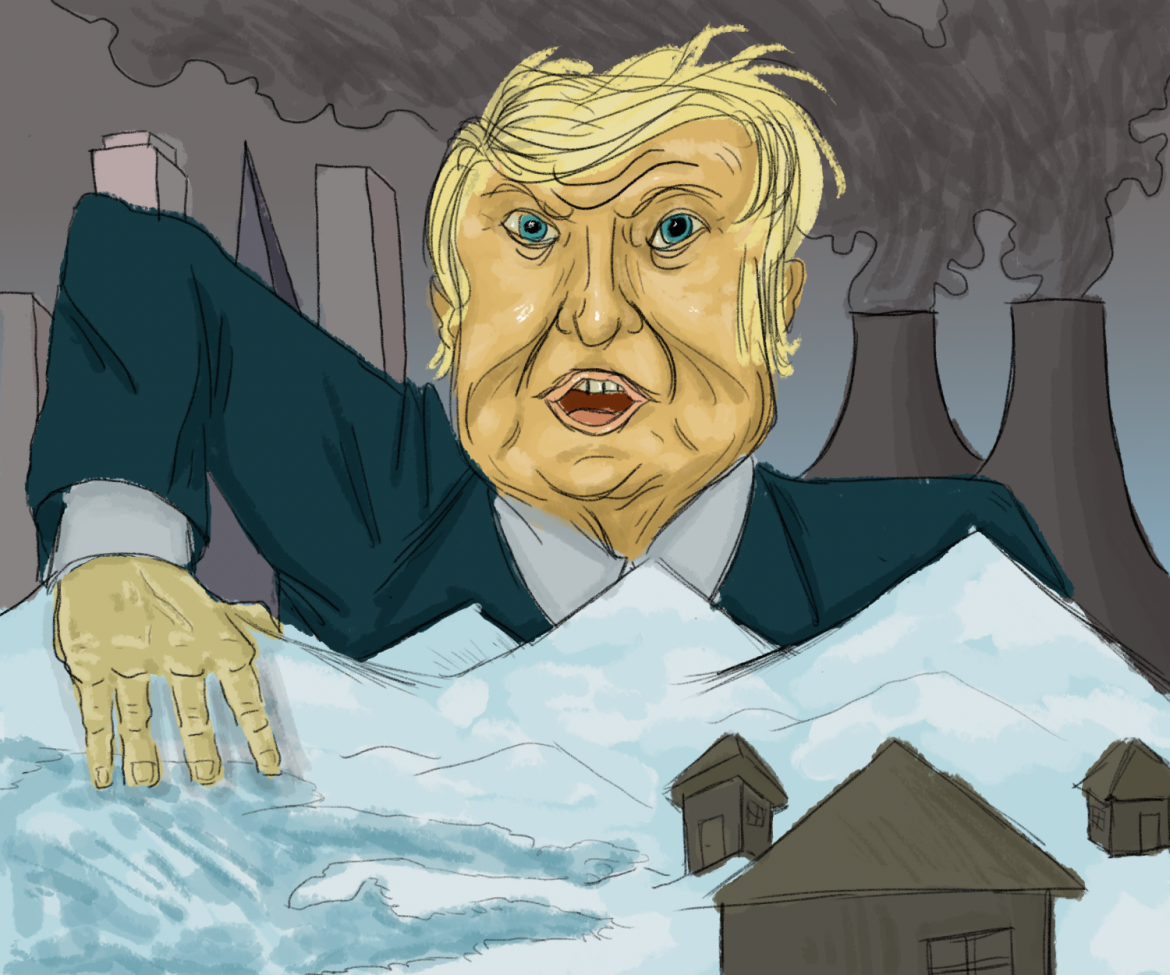 President Donald Trump's Greenland proposal is indicative of the detrimental disconnect between the President and citizens. It also bears implications for the current war on climate that the President did not consider.

The world’s largest island has garnered much publicity in recent news. Greenland, an autonomous territory within the Kingdom of Denmark, was the recent focal point of U.S. President Donald Trump’s real estate fantasies. At first, Trump seemed to be joking about buying the ice-capped landmass, but days later he insulted the Danish Prime Minister Mette Frederiksen for flatly refusing any discussion about selling it. Trump’s effort to buy Greenland exemplifies the deterioration of trust between the president and the American people and the consequential continuation of the destruction of our planet. To avert these things, maintaining Greenland’s precious environment and keeping Trump from developing one of the only untouched places left on earth are absolutely necessary.

Trump brings his real estate background to the presidency, with his every action revolving around money. Nowhere is this more visible than with his administration’s foreign policy: his ongoing trade war with China, immoral opposition to allies for the sake of the US economy, and now attempting to buy a Danish territory. One consequence of this is that his behavior is so erratic that it is often difficult to differentiate between joke and reality. Americans can no longer depend on what their leader is saying or doing. This withers the trust between the government and the people, weakening national democracy.

The purchase of Greenland is a complicated process that Trump has somehow reduced to a giant game of Monopoly. He is insensitive to the over 50,000 people who live on the island. Greenland’s population depends on the environmental well-being of the island and the waters around it, and it is vehemently opposed to being bought and traded between world powers. Further, its low pollution level is crucial to the fight against climate change. Trump is unaware of the implications of buying Greenland and its disastrous consequences.

Greenland’s vast ice sheet is rapidly melting due to global warming, revealing its rich natural resources like uranium and rare earth metals. This has attracted attention from groups that are eager to extract these resources for profit. With some mining already taking place in the largely uninhabitable wilderness, it is critical that Greenland is protected from further harm. Even if Trump had acted rationally in trying to acquire foreign territory, Greenland, an island that is 80 percent ice, should not be for sale. Scientists have expressed concern at the rate at which Greenland is melting, especially with the heatwave Europe is experiencing due to climate change and the shifting of ocean currents. If a president who continues to deny climate change had control of the Danish territory, he would not hesitate to harvest all of the natural resources the island contains, with little regard for the inevitable environmental impact.

Greenland is one of the few places on Earth that has not been overrun with human civilization. Humans must protect this final frozen frontier from being exploited in a profit-seeking endeavor. The U.S. should be a leader in new technology, moving away from mining and fracking; its leaders must concentrate on efforts to preserve the planet for future generations, not endanger current lives by driving it to ruin.

Keeping Greenland out of America’s – and therefore Trump’s – hands would help a greater movement of environmentally conscious policy-making. It shows that the US cares about the Earth and is opposed to humanity’s growing ecological footprint. Trump’s actions towards Greenland are wake-up calls for our society to not stay on the sidelines to protect our planet. It is not acceptable for a company or person to buy the environment with the goal of destroying it – joke or not.