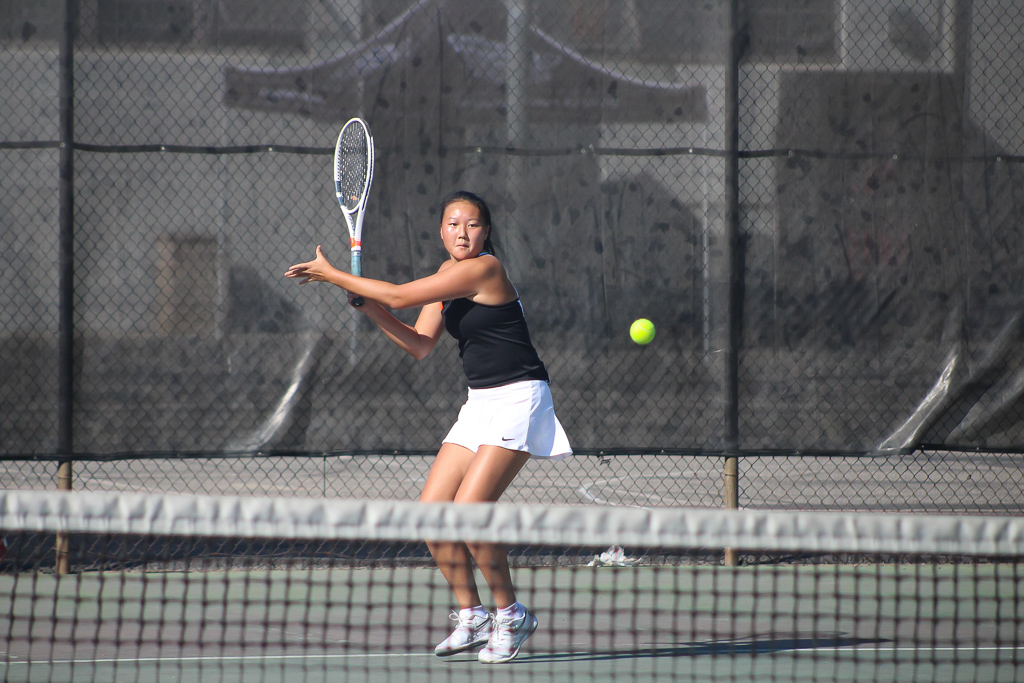 Junior captain Carissa Park has dominated in the preseason, winning 17 of her 20 singles sets.

The girls tennis team soundly defeated the Arroyo Knights, 16-2, in its final preseason game Monday, Sept. 23. The Tigers will head into the league season after a shaky 5-4 preseason performance.

“I think we did really well today. I am proud that most of us made a comeback, despite being down with a few games at first,” Park said. “We will definitely carry this determination throughout our games, fighting for each and every point. Overall, I am thrilled that we won decisively and dominated the team.”

The Tigers will have over a week to prepare for their first RHL matchup against the Temple City Rams on Tuesday, Oct. 1.