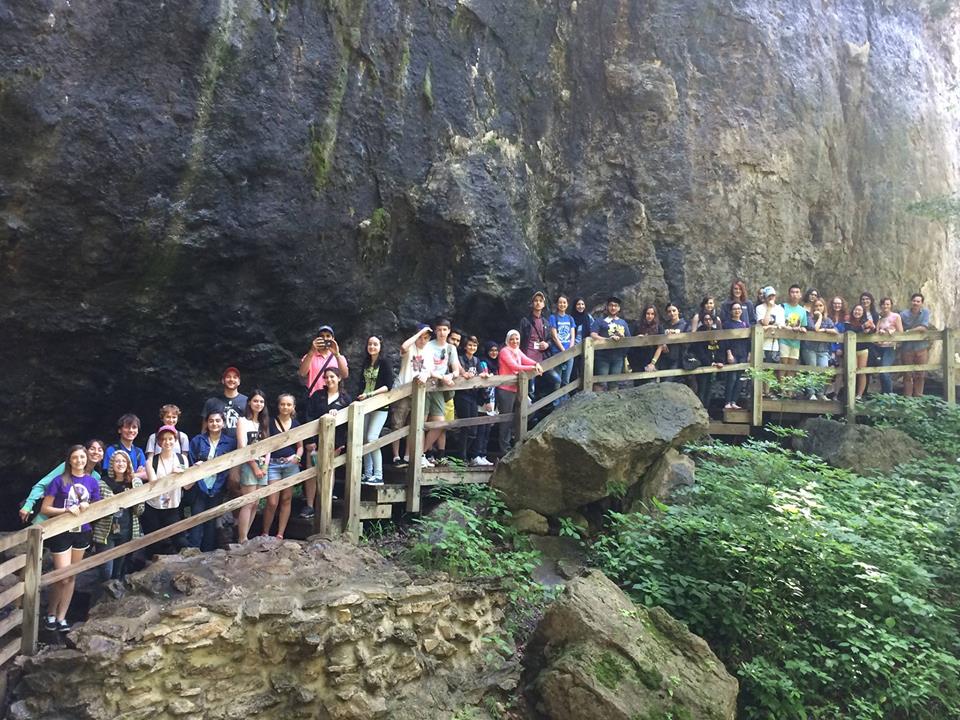 Iowa City is a United Nations City of Literature, the “Athens of the Midwest,” famous worldwide for housing the Iowa Writers’ Workshop, and home to barely 70,000 people. It was in this small city that we congregated: we 35 students writers from 12 different countries, plucked from Arabic-speaking nations, China, Russia, and the United States. We roomed together, learned together, read together, and wrote together, as part of the Between the Lines (BTL) program at the University of Iowa. For two weeks in the summer of 2015, we exchanged words across cultures and forged friendships across state boundaries.

BTL at the University of Iowa was a blend of creative writing and culture studies. We learned about Arabic, Russian, and American literary traditions, and had creative writing workshops in the afternoon, totaling at least 5 hours of class a day. Over the course of two weeks, we also had a slam poetry workshop, a guest lesson by National Student Poets, Arabic 101, Russian 101, karaoke night, open mic night, a city-wide scavenger hunt (i.e. humidity hell…but educational!), a field trip to a national park, a Ramadan dinner at a mosque, and our graduation ceremony.

Somehow, in between these hectic lines of activity, we found the time to soak in the beauty of Iowa City. To me, two things epitomize the city of literature: its beautiful river, ringed by steep hills of grass and sloping architecture, and Prairie Lights Cafe. I walked along the Iowa River my first morning at BTL, with my roommate Daria and fellow student Olga, two fashion-forward Russian writers sporting cat-eye glasses. I walked along this same river my last morning at BTL, watching the 6 a.m. sunrise cast a hazy pink glow over the Iowa valley, after pulling an all-nighter with some of my closest friends. Similarly, the Prairie Lights Cafe formed the backdrop for idyllic literary moments. I drank ginger cappuccino as I listened to my instructors read their beautiful pieces, a sweating iced latte as I worked through my 300 page course-pack, and hot black coffee as I wrote a little ode to the Iowa River.

By the end of two weeks, I was highly caffeinated and sleep-deprived. My flight back to LAX was the last one on the roster, so I got to hug each camper goodbye before they left Iowa for the foreseeable future. I watched each departure through an exhausted delirium, and in this state, all I could think of was food. As I munched my gooey over-spiced airport sandwich, I thought longingly of the cafeteria fare, which became a bonding experience for all who tired of its brownness. My stomach rumbles even now at the thought of hummus sandwiches, eaten at 3 a.m. alongside students fasting for Ramadan, because a friend and I decided to join in fast that day. And I know that the next time I eat funnel cake, I’ll think of live jazz in front of the capitol building, my friends digging into fried dough next to me, and the leaves of grass bending under my bare palms.