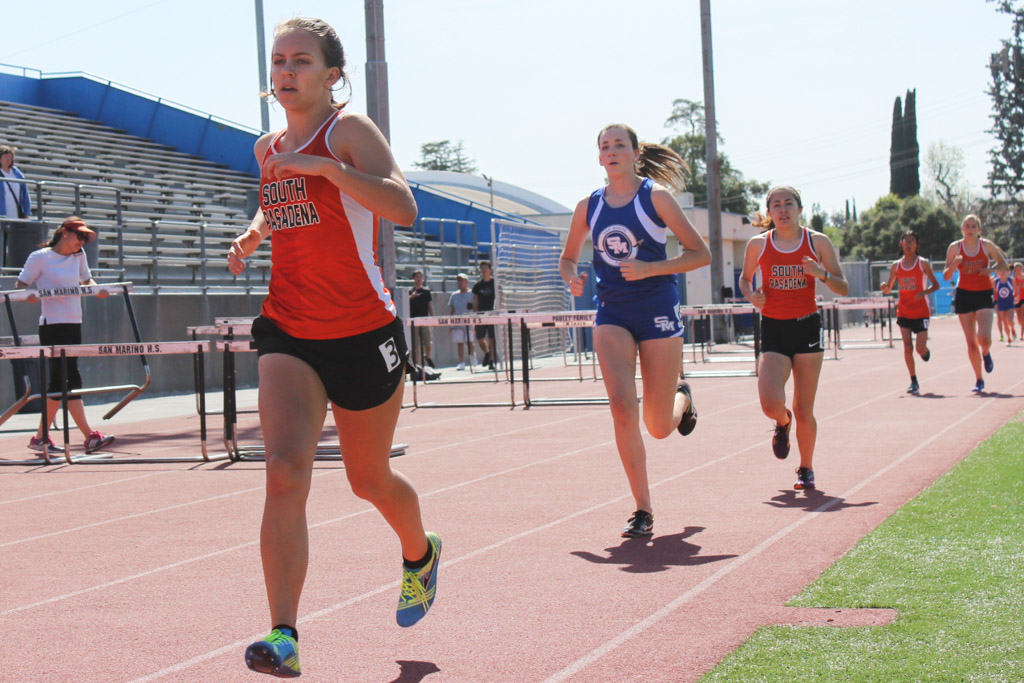 After dominating the rest of the Rio Hondo League all season, the SPHS Track and Field went toe to toe with some of the best competition in Southern California at CIF preliminaries in Costa Mesa. Both the girls’ 4×100 and 4×400 relay teams placed in the top nine, and will be advancing to CIF finals. Individually, South Pas also had five runners and two jumpers qualify for CIF finals in their own events.

After setting three personal records at Rio Hondo League Finals, sophomore Tianhao Wei once again eclipsed his previous best marks in the triple jump and 100 meter dash. He placed second in the triple jump with an impressive 45’07” jump, two inches further than his first place jump at finals. While his new PR in the triple jump will earn him a spot in the CIF Finals meet, his time of 11.20 seconds in the 100m wasn’t enough to qualify. Despite having a longer jump at league finals, Wei’s 21’05.75” long jump earned him first place and a spot in a second event at CIF finals.

Junior Christina Taylor also qualified individually for CIF Finals, with a 58.51 run in the girls’ 400 meter race. Sophomore Gianna Beasley and junior Kai Dettman each qualified in the 800 meters. In the distance races, senior Oliver Chang placed 5th in the two mile race and earned a spot in CIF Finals with a time of 9:30.17. Additionally, junior Ashley Hugasian will be moving onto finals in the 300 meter hurdles and triple jump, leaping 34’11” to finish in eighth place.

“After three years of going to CIF prelims but not advancing, going to CIF Finals my senior year is such a pleasure to finish off high school,” Chang said. “Knowing each race might be my last gives me more motivation to go harder in every race.”

The girls’ 4×400 team comprised of Beasley, Hugasian, Taylor, and senior Riley Segal finished in 8th place with a time of 4:04.92. In the girls’ 4×100, South Pas finished 7th in 49.1 seconds. Senior Cayley Whitman ran the first 100 meters, and was followed by Hugasian, Beasley, and Taylor.

The athletes will look to continue their season at CIF Finals on Saturday, May 19 at El Camino College.