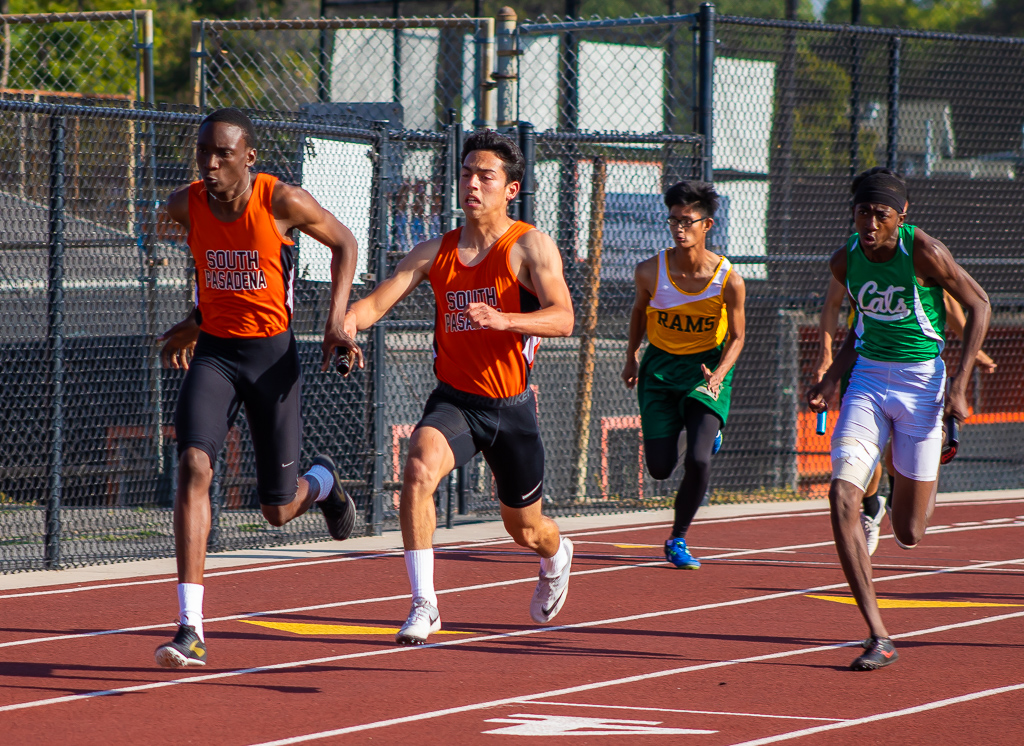 Several SPHS Track & Field athletes took the first step in the long, competitive process of qualifying for the CIF State championships with six individuals and two relay teams advancing to CIF Finals after their impressive performances at Prelims Saturday, May 4. After dominating the Rio Hondo League all year, the Tigers were met with stiffer competition at Estancia High School in the Division III CIF Prelims. South Pas fared particularly well in the 800m and triple jump events, with five out of the six Finals qualifiers coming from the two events.

Amongst a very competitive field, senior Ashley Hugasian and junior Sophia Yamashita were both able to earn CIF finals berths in the girls’ triple jump. Hugasian leaped 35’11” to place fifth and Yamashita earned the final qualifying spot by jumping 34’9.25” to place ninth. In the boys’ triple jump, junior Tianhao Wei placed second with a 45’ leap. Wei will attempt to defend his CIF D-III triple jump title this weekend at Finals.

“I am confident that all the athletes will bring their best focused efforts at CIF finals,” Coach C.B. Richards said. “A few of our best [athletes] just followed my game plan to hit a minimum qualifying mark to just make it to Finals. At CIF Finals, we will go all out for career bests and to qualify through to CIF Masters.”

Senior Kai Dettman, who will be running at Harvey Mudd College next year, took first place in the boys’ 800 with a time of 1:57.6. Junior Gianna Beasley qualified for Finals in the girls’ 800 in 2:18.58 to finish sixth. In the pole vault, junior Lucas Talin will be moving on to Finals after finishing in a tie for first place with a 13’ vault.

The Tigers will resume CIF competition on Saturday, May 11 with the top dozen finishers in each event from across Southern California qualifying for the ultra competitive CIF Masters meet.