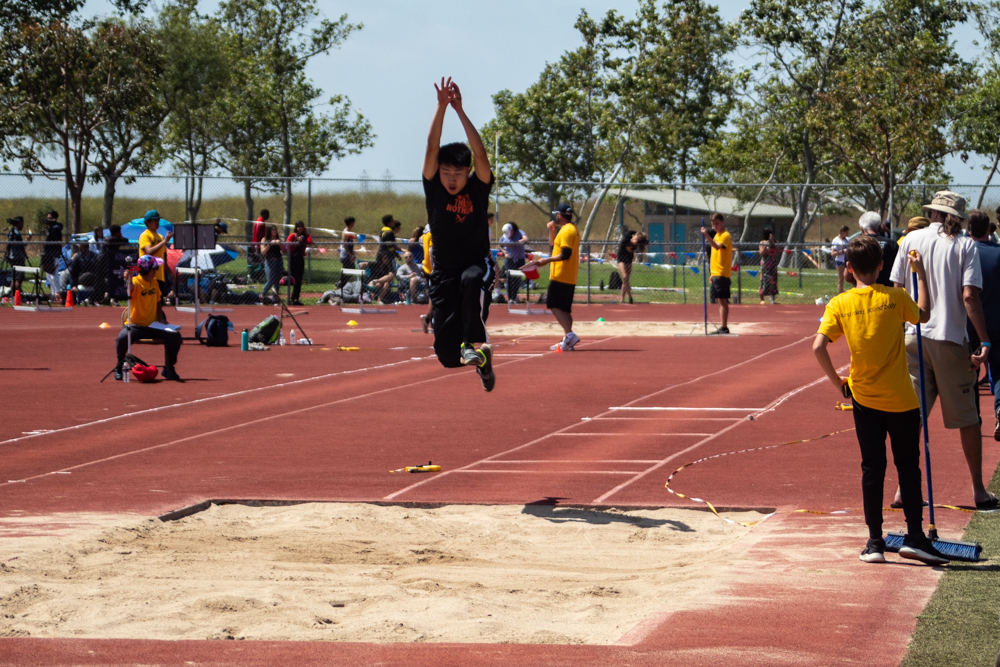 The SPHS track and field shined amongst the best competition at the CIF-SS Masters meet on Saturday, May 18. Juniors triple jumper Tianhao Wei and pole vaulter Lucas Talin both qualified for the CIF State Prelims.

Wei, who placed fifth at the CIF State meet as a sophomore, earned an automatic berth to State by placing fifth at Masters. Despite a nagging hamstring injury, Wei still managed to jump an impressive 46’4.5’’.

“I was dealing with multiple injuries and I felt like I couldn’t get back up top,” Wei said. “I’m confident going into State because I have more time to heal so I’ll be ready.”

Talin didn’t finish in the top six to earn an automatic bid, but placed eighth and earned an at large bid to State with a 14’09’’ vault. Talin, a gymnast, drastically improved over the course of the season on his first year on the track team. His first pole vault of the season was measured at only 9’6’’, more than 5’ shorter than his new personal best of 14’09’’.

Senior Kai Dettman was unable to qualify for the ultra-competitive CIF State meet in the boys’ 800m. Dettman placed ninth with a time of 1:56.1. His PR time would’ve been enough to win first place, but the pack of runners went out at a slow pace and Dettman was unable to match other runners’ final sprint down the stretch.

For Talin and Wei, they will continue their season on Friday, May 24 at CIF State Prelims at Buchanan High School in Fresno.