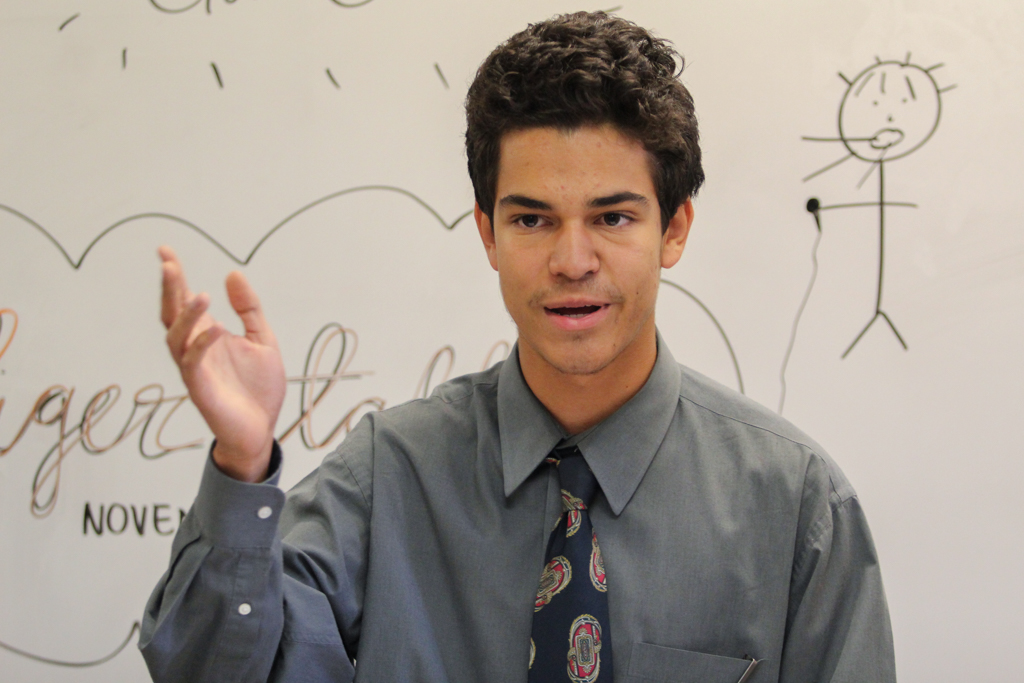 According to vice president Yidan Xu, Tiger Talks’ debates will become a monthly occasion to give SPHS student opinion a platform.

“Students need these platforms for self-expression. [Tiger Talks] is striving to be a part of the expression of South Pas,” Xu said.

Debate moderator senior Alex Gallardo opened the floor with background on Australia’s system of gun control, before allowing Arakawa and Holmes to deliver their opening statements. Arakawa explained that the American people have to formulate progress together and reduce gun violence, while Holmes claimed that restrictive gun control wouldn’t solve the issue as people will find other ways to kill with other weapons.

The crowd’s size and fervor grew as Arakawa and Holmes’ arguments resumed with increasing passion. With great emphasis, Arakawa asserted that he was “not advocating to take away guns,” later detailing how guns are harmful to the American economy from an insurance standpoint. Holmes noted that “63% of gun deaths are committed by suicide” and pointed out that danger of car crashes and knife attacks, but America has yet to ban cars or knives. This immediately led to Arakawa’s reinforcement that he was not insisting on taking away all guns and a subsequent uproar from the crowd.

Following several rounds of alternating arguments, the debate transitioned to questions from the audience. Considering the practical purposes of knives and cars compared to guns, senior Jack Hamilton asked Holmes how he could justify deaths by gun compared to knife or car. Holmes retracted his earlier statement about banning cars, declaring it a “joke,” before reasoning that most of deaths by knives are due to knives specifically engineered to kill people. Moments later, a response from Holmes addressing the use of larger firearms clarified that the gun used to stop the shooter in Sutherland Springs was one of these larger guns, triggering a cheer from the right side of the room. Arakawa finalized his response to junior Charles Li before the spirited debate came to a close due to time restraints.

“At some point, we want to have a public speaker come and share their story with the school, but for now, debates are our focus,” Rathi said.

The debates are voted on through the club’s Instagram handle and will continue throughout the remainder of the 2017-2018 school year.