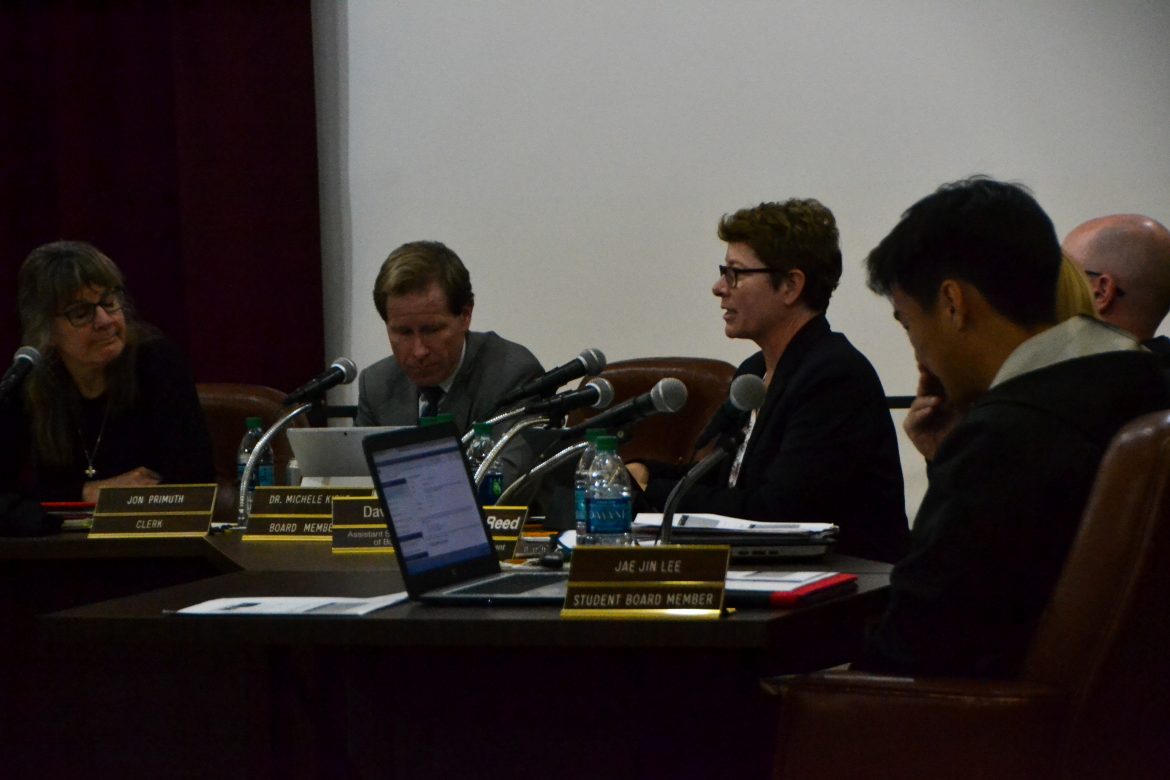 The Board of Education will not reconsider the building's design but will assist in alternative solutions to athletic concerns.

Citizens of South Pasadena turned out to discuss plans for the new SPHS STEM science/math building and future sports complex during the monthly school board meeting Tuesday, November 14.

The construction of the new building, including the demolition of the northern tennis courts, began late last week. The classrooms –– replacing previous years’ math bungalows ––are set to be finished by winter of 2018.

Girls’ varsity tennis coach Karlos Huschke-Favela expressed his concerns surrounding the renovations. Due to the elimination of the two upper courts, the team is left with just four school courts. Huschke-Favela highlighted the problems associated with only four courts: less practice space and over four-hour games.

In recent weeks students had confided to SPHS chemistry teacher Ben Ku about the dilemma between academics and athletics, as prolonged games would take away from their study time. The complaints prompted him to speak in front of the board.

“These students are really stressed out,” Ku said. “I hate that they have to give up something they enjoy in order to make it through.”

The board recognized the issue, but has declined to reconsider the design of the new building. They did provide alternatives however, such as light installation at the courts and the use of the SPMS courts, which are scheduled to be redone in the near future.

The board also approved the design for the renovation of the SPHS gym and its surrounding buildings. The plan involves the construction of a new training room for sports medicine and physical therapy, replacing the outdated, undersized trainer’s room currently in use. It also calls for new locker rooms, an updated gymnasium, and new tennis and basketball courts.

With the board’s approval, the plans will be sent to the DSA (Division of State Architects), where it will await further authorization.