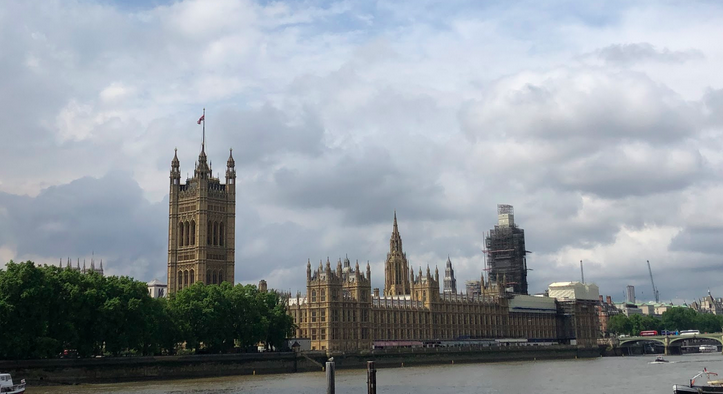 Home to some of the world's most iconic architecture and history, London is in every aspect a historical and cultural landmark.

Three key observations of London: the hostile environment to asthmatics like me, the incredible diversity of the people, and the shocking fact that the English apparently don’t believe in top sheets. Although two of those takeaways were, in my opinion, negative, I had a wonderful trip.

From the moment my family and I left the airport, we were confronted with the iconic “Tube” subway system and its repetitive mantra: “Mind the gap between the train and the platform.” I was excited when we stepped above ground and saw bright red telephone booths scattered around the historic, bustling streets. This first taste of London, from our charming neighborhood South Kensington, proved that the world-famous metropolis was worth the hype.

The eight hour time change began to hit us as we dragged our luggage up three flights of stairs to our flat. Even so, I still yearned for adventure.

After settling in a bit, we walked over to Kensington Gardens, admiring the traditional facades fronting the line of international embassies. In the gardens, strolling along the majestic trees and vibrant greenery made me feel like we were walking in a world straight from a storybook — which was not surprising, as many notable writers and poets have been inspired by this magical landscape. Meandering onward, we reached the stately Kensington Palace: the not so humble abode of a young Queen Victoria. Inside, we pored over displays and artifacts from the famed monarch’s life.

We were all exhausted when we departed from the museum. Too tired to walk the few blocks back to our flat, we instead opted for an Uber. My mother and sister crawled into bed immediately, while my dad and I decided to do a bit more exploring. We took the tube, which proved to be a very efficient and easy means of transportation, a feature not shared by the LA metro.

Climbing up the crowded stairs of Westminster station gave us our first glimpse of some of the cities’ most iconic sites. The London Eye, Parliament, and Big Ben stood serenely at the banks of the River Thames, unaware of the thousands of tourists snapping away below. Joining the masses channeling along, we gawked at the impressive buildings. It’s incredible that we went from picturesque woodlands to massive architectural wonders in the same day. That really gave me an idea of London’s many dimensions, a blend of historic and contemporary styles.

In the next few days we visited Westminster Abbey with its ornate Gothic design, the enormous Tower of London guarding the precious crown jewels, and Greenwich, home to the prime meridian that divides the Earth into eastern and western hemispheres. We enjoyed extravagant teas, saw the Rosetta Stone and a fraction of what the British Museum has to offer, and of course, embarked on the famous Harry Potter Studio Tour. The list of places, events, and landmarks goes on and on. But of course, you can never see it all. Being in London for a month would still leave so much of the city undiscovered.

This type of “can’t do it all” thinking led me to realize something about vacations. Traveling, especially in the mind boggling grandeur of London, too often turns into exhausting days of packing in as many sites and activities as possible. It is certainly exhilarating to have a cram-it-all-in mentality when you’re abroad. But when you reflect on the trip years later, what will really stand out is not the tourist hotspots. Instead, you’ll recall the down time with your family or friends.

I certainly won’t remember all the amazing places I explored in London, but what I won’t forget are the moments hanging out with my family: playing hide-and-seek in gorgeous gardens with my sister and listening to Harry Potter audiobooks as the four of us drive past peaceful pastures dotted with sheep. Those are the memories I will treasure for the rest of my life.