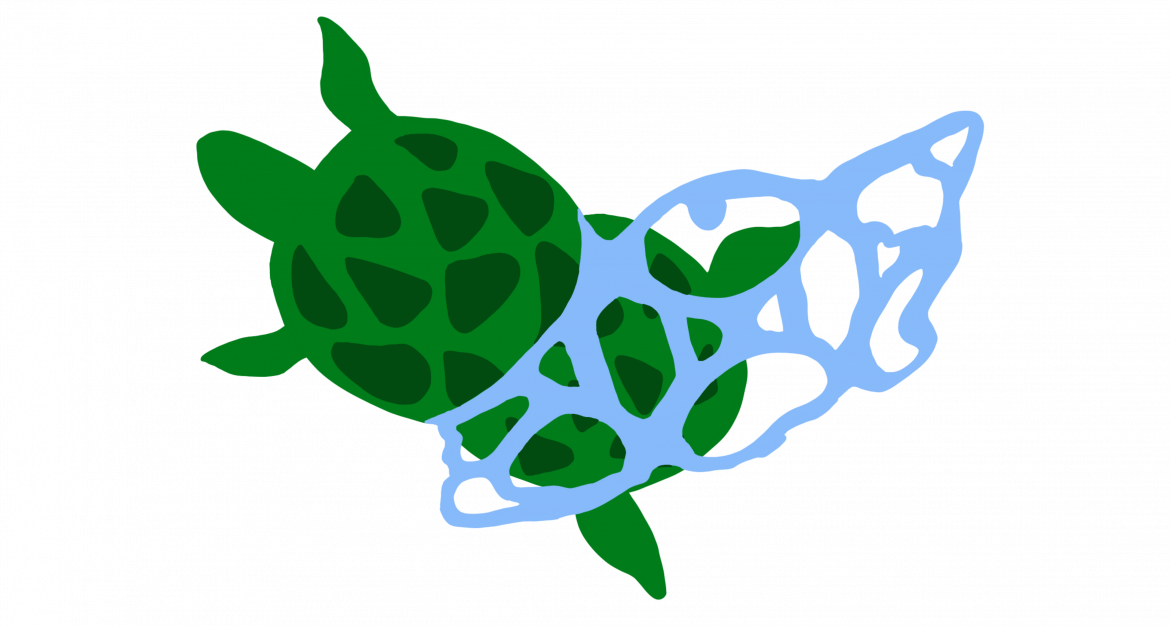 Each year, approximately 35,680 tons of plastic are produced globally. Of that, it’s estimated that 75%, or 26,970 tons of plastic sit in landfills. Of the remaining 25%, 14% end up in oceans, suffocating turtles, starving seabirds, entangling octopi, and destroying marine life. There is a glut of plastic material, much of which isn’t recyclable, and recent financial disincentives caused recycling companies to abandon the already weak plastic recycling industry. 91% of plastic isn’t recycled, leaving plastics in landfills and oceans. In fact, scientists estimate that in under 30 years there will be more plastic than fish in our oceans.

The plastics industry established itself as one of the world’s leading industries post World War II, contributing to improved healthcare, faster transportation, better military equipment, and essential inventions like the helmet. It wasn’t until the late 1980s and early 1990s that the environmental effects of plastic were questioned. Recycling PSAs were everywhere, claiming that if the individual puts recyclable plastic material in the blue bin, the world will stave off a plastic pollution crisis.

“Consumers get blamed for this problem, and it’s not their fault,” recycling expert in the city of Burbank Amy Hammes said. “This stuff has been marketed in a very vague way, in a positive light, because if they don’t understand the problem, there’s no urgency to solve it.”

However, what actually happens to plastics once in the blue bin has been a mystery to many citizens. For a long time, the US sold China plastics number 3 through 7, which are polyvinyl chloride (used for toys and trays), low-density polyethylene, (used for grocery bags), polypropylene, (used for food containers, straws, rope, and bottle caps), and polystyrene (used for cups, packing peanuts, coolers, and to-go food containers). Plastic number 7 stands for anything that doesn’t fit into the categories of the first 6, the “other” category. The numbers are labeled on every plastic product inside of the green chasing arrows symbol, but are often in inconspicuous locations on the item.

“It’s misleading,” Hammes said. “The symbol was a recycling symbol but in the late 80s the plastics industry co-opted that and made that an identifier for the different types of plastics.”

Plastics 3, 4, 6, and 7 aren’t recyclable, (plastic 5 can sometimes be recycled), meaning most of what was sent overseas was not being recycled. In China, 92% of the plastic waste shipped from the US was not recycled. The 3-7 plastics were being sorted by low-wage workers and often found their way into rivers and oceans.

“Since these countries have many impoverished areas,” Cheryl Auger, President of the Ban Single-Use Plastics Organization, said, “many illegal companies popped up and started taking the waste.” [Much of it is] burned, dumped, or is used for insulation.”

In 2018, China and other countries such as Indonesia and Malaysia decided to no longer accept plastics from the United States. This caused a collapse in the plastic recycling industry for the US. With higher costs per ton for plastic waste, there were no buyers for plastic blocks, meaning they are going straight to the landfill.

“Plastic has become worthless,” Hammes said. “The materials just got less and less valuable and it became more and more difficult to sort cleanly. There’s no market for it. None. With no value, no buyers, it’s trash.”

Another reason plastics aren’t being recycled is that packaging is often a mix of different materials. A recent KCET production called “Life in Plastic – California’s Recycling Woes” cited Starbucks cups as an example of the complexity of plastic products. Coffee used to be sold in tin cans, a favorable, simple material for recyclers and the environment. Now, coffee grounds are sold in polymer bags, a part of the 6th plastic group that is not recyclable.

“We took something that was clearly recyclable and had a good market, and the coffee industry switched to these polymer bags because it’s cheaper for them,” Hammes said. “They weren’t thinking of the recyclability of their products, they were thinking about their own interests.”

Starbucks cups have a plastic lining that is extremely costly to separate from the rest of the cup and recycle. It simply isn’t worth it for recyclers, as it has become a money losing venture. This means that the eight million Starbucks cups bought each day in the United States go to the landfill.

In South Pasadena, Athens is our waste management company. Athens has a mixed waste system, meaning recyclable items are placed in the same bins as trash.

“It’s just dumped into one bin,” Hunter said. “We separate it for you, a truck comes by, picks up your bin, it’s taken to a facility and we run them through lines. All that material is dumped onto conveyor belts. We separate it manually, optically, or even magnetically. We recycle plastics 1, 2, and 5.”

There are also many plastics that go straight to the landfill, including foam, toys, bags, bubble wrap, gloves, and single use plastics including utensils, straws, and loose caps. These materials are simply not recycled in the United States. Single use plastics (SUPs) are among the biggest culprits on environmentalists’ “most wanted” list. Made from petrochemicals, the 150 million tons of them produced each year amounts to half of all plastics produced globally and 20% of the world’s carbon footprint. And with their use rapidly increasing throughout the pandemic in the form of takeout packaging, there’s too much waste for the decreasing amount of landfill space and minimal recycling programs.

For example, when you picks up from a restaurant they often receive plastic utensils, plastic bag(s), foam containers, and sometimes plastic cups.

“We need to reduce, reuse, recycle,” Hammes said. “By skipping the reduce and reuse steps, we’ve increased our consumption of single use plastic products, and that’s not environmental. The recycling step is our get out jail free card.”

SUPs are used for minutes and take hundreds of years to break down. When they finally do, SUPs become harmful micro-plastics which are extremely difficult to stop from reaching oceans.

“Micro-plastics are everywhere,” Auger said. “There in our air, water, animals, babies, etc.”

The California state legislature attempted to address this overflow of plastic in the summer of 2019 by drastically reducing the amount of SUPs produced in California. Enter bill AB1080/SB54. Authored by state senator Ben Allen of the 26th district, the bill proposed a 75% reduction of SUPs and demanded they be entirely recyclable or compostable by 2032. It aimed to reduce the production of plastics by 75% while increasing the amount of plastic that is recycled. The bill failed by 4 votes.

“We would have been well on our way to devising a plan for plastic recycling in California had the bill passed,” Auger said.

She believes that heavy lobbying and financial contributions from plastics companies like DART may have swayed politicians into voting against the bill. DART is a plastics company that produces SUP packaging such as foam food service products, plastic cups, and plastic containers. They contributed a total of $87,555 to 22 different senators/assembly members before voting occurred.

“Our politicians have taken money from the plastics industry and others that disallow them from voting in their constituent’s best interest,” Auger said. “Many of the assembly members that failed to vote for the bill received money from DART at least once or twice that year.”

In fact, of the 61 senators/assembly members that either voted against or abstained from voting on bill AB1080/SB54, well over a third of them received money from DART or another plastics companies.

“They lobby like crazy,” Hammes said, referring to plastics companies. “They have economic interests in this and they want to keep their business model without any accountability. They need recycling to stay alive, and want to be part of the solution, but they don’t want to change what hurts or affects their system.”

There are gonna be some things we have to reduce our use of. “Put representatives’ phone numbers in your phone. When something comes up, you can just call or text them to make your voice known.

Although bill AB1080s attempt to eliminate SUP material in California failed in 2020, a new federal bill, written by the Break Free from Plastics Coalition non-profit, would be the first National recycling policy ever if passed. This bill, H.R.5845, proposes to cut production of many SUPs and give refunds to consumers who return bottles and cans. The bill would also tax carryout bags.

Bills like these make an impact on the statewide and national level, but there are also roles individuals have to play in this process. We cannot recycle our way out of this problem, we have to reduce our consumption of plastics and demand companies reduce their production of plastic. Amy Hammes recommends finding out which plastics are recycled in your area and finding alternatives to the ones that aren’t. Hammes also believes that supporting environmental bills and letting legislators hear your support will help them overcome heavy lobbying from plastics companies.

“The lobbyist win when the public is in the dark,” Hammes said. “If the consumers [and] voters know about something, make their voice known, and get people inspired, we could get a lot done.”