The MCU adds another gem to its gauntlet with ‘Captain Marvel’ 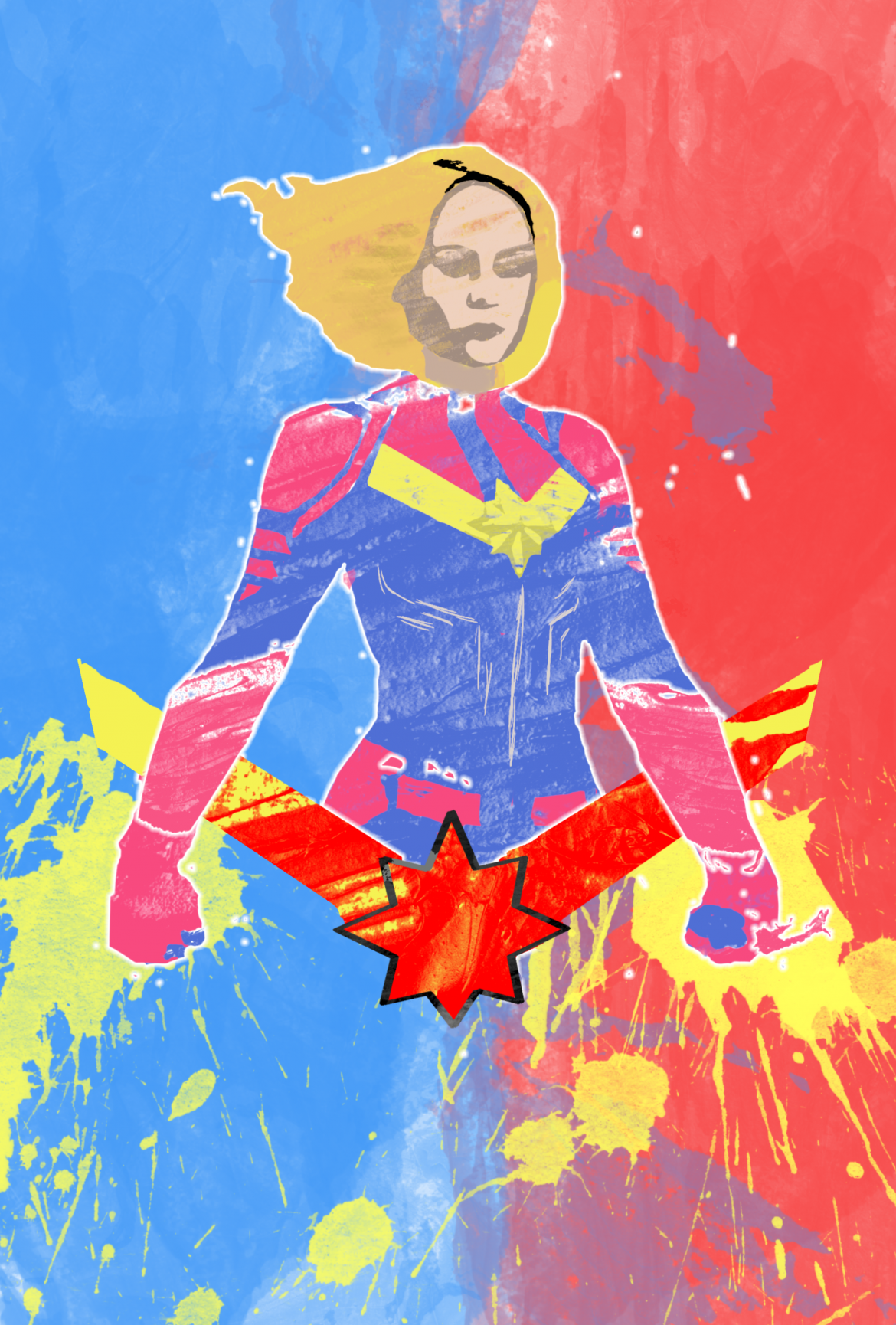 The latest addition to the Marvel Cinematic Universe made for a satisfying story with stunning visuals.

The Captain Marvel character not only has the power of flight, superhuman strength, and energy manipulation, but also the power to spark controversy across the globe. The cliffhanger of Infinity War, a cinematic gargantuan, left enormous pressure on Captain Marvel to be a pivotal character in defeating Thanos. This intensity, centered around a character that is yet to be integrated into the Marvel Cinematic Universe (MCU), provided easy fuel for critics. Many consider the superhero’s original costume to be too revealing, her personality unlikeable, and her storylines poorly written. Following the film’s announcement, fans outlandishly erupted with negativity, attacking casting decisions and its feminist marketing. Undeservingly, comic book enthusiasts deemed the movie too controversial to succeed. Captain Marvel defies emotionally charged, non-factual expectations and the MCU produces yet another quality superhero film.

Carol Danvers (Brie Larson) is an elite force operative for the alien Kree Empire, fighting in a galactic war against the shape-shifting Skrulls. During an undercover infiltration, Danvers is separated from commander Yon-Rogg (Jude Law) and her team. Stranded on Earth, Danvers unites with S.H.I.E.L.D. agent Nick Fury (Samuel L. Jackson) to protect the world from an imminent Skrull invasion.

Anna Boden and Ryan Fleck, the brilliant directing duo, impeccably weave Captain Marvel’s origin into the Skrull plot line, using flashbacks to give background as well as progress the story. A creative and logical plot allows the movie to jump seamlessly to different time periods, locations, and worlds, flowing smoothly from scene to scene. Boden and Fleck make good use of misdirects, keeping the audience engaged and further developing the characters; however, some twists don’t add up, leaving questions and plot holes in their wake.

The cast offers solid performances all around, but not one stands out. Although Danvers is never given clear character development, Larson creates a witty character in spite of semi-dubious line delivery. Jackson, as per usual, brings most of the comedic elements, but he plays the same character as he does in every other film. Law brings a strong presence to the screen, albeit occasionally flat and one dimensional. Ben Mendelsohn, who plays Talos — a Skrull leader — has the film’s best performance, expertly conveying a wide range of emotion through his heavy alien cosmetics.

The action sequences are decent, but the visuals and special effects truly steal the show, blowing other comparatively unremarkable MCU films out of the water. A mix of practical effects and CGI makes Skrulls look lifelike, as the lighting works perfectly with the green screen to denote tone and plot shifts. Samuel L. Jackson’s de-aging technology is unnoticeable and the production design creates unique and visually appealing worlds.
However, Captain Marvel is nothing more than a good superhero flick, and turns down the opportunity to address pressing societal issues. There is no semblance of a theme and no moral for the audience to learn from. Nonetheless, Captain Marvel’s charm, enjoyable story, and stunning visuals outweigh these deficiencies in a thoroughly entertaining film.

How to Use an Instructional Cover