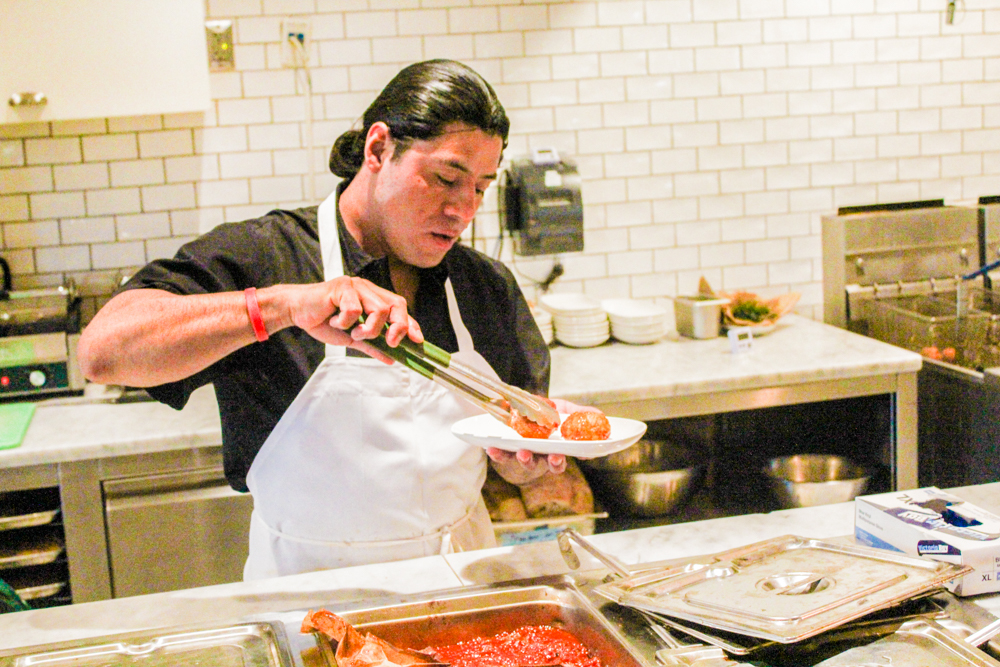 Delicious and down-to-earth, Eataly L.A. captures the traditional flavors of Italian cuisine with quality ingredients — although these benefits are accompanied by a higher price tag.

Eataly L.A. shares its home — the Westfield Century City shopping center — with renowned establishments such as Tiffany & Co, Din Tai Fung, a Tesla showroom, and the Consulate General of Portugal. The eclectic combination of restaurant and market spans 67,000 square feet across an impressive three stories, promising to be a mecca for lovers of fresh and authentic Italian food. As Dominic Marziali, Jayden Eden, and I snaked our way through its multitude of stalls and isles, this promise increasingly held true.

I was initially taken aback by the sticker shock of Eataly’s $$$ tag on Google, but as we stepped through the vibrant displays and warm chatter, I was pleasantly relieved by Eataly’s welcoming humility. The professionalism and authenticity of the food is undeniable, but the atmosphere is not at all formal. Instead, a “come as you are” attitude makes all patrons feel like they belong.

The international chain began in Torino, Italy, and later added locations in New York, Boston, Seoul, and Istanbul. Eataly expanded to Los Angeles in November 2017; it has since developed a decent reputation amongst discerning critics and ravenous consumers alike. Despite being located halfway around the world from the origin of its cuisine and culture, Eataly successfully captures the bustling atmosphere of an Italian open-air market.

However, this delicate authenticity comes at a cost – groceries and entrees cost around 50% more than typical prices — though the high prices are fairly standard for high quality Italian food in southern California. For what it’s worth, the high prices go towards ensuring freshness, environmental sustainability, and dedication to time-honored traditions — factors which culminate in a truly unique dining and shopping experience and that can only be accomplished by using genuine and authentic (and pricey) ingredients. Eataly makes a point of selling livestock raised without antibiotics or hormones and makes conscious efforts to be as sustainable as possible, including the use of gray water in bathrooms.

After perusing the vast selection of fresh and preserved produce, we decided to indulge in a sit-down lunch from the Pizza & Pasta section. A five-minute wait preceded our order, along with a simple complimentary appetizer. The well-hydrated, springy interior and delightfully crunchy crust of the ciabatta was accentuated with the piquant zest of the olive oil, prompting Jayden to request another two helpings after we exhausted the first batch.

Jayden and I decided to split a Neapolitan Pizza Margherita, which arrived before Dominic’s Bucatini. We weren’t surprised when the pizza hit home on every aspect, especially the rich hand-pulled mozzarella and vibrant sauce, which escaped the dullness of premade sauces. The bucatini shared this refreshing acidity in its arrabiata, along with an equally satisfying al dente texture. However, the food did have some sticking points: the pizza disappointed with its stingy amount of basil, and the pasta was betrayed by the ill-advised inclusion of cured pork cheeks — the dish begs to be topped with eggplant or duck breast instead.

Past its dizzying sprawl and occasionally staggering prices, Eataly consistently provides professionally detailed cuisine in a comfortable, laid back, no-nonsense setting. It’s a must-try for adventurous or nostalgic foodies looking for genuine Italian creations and traditions.