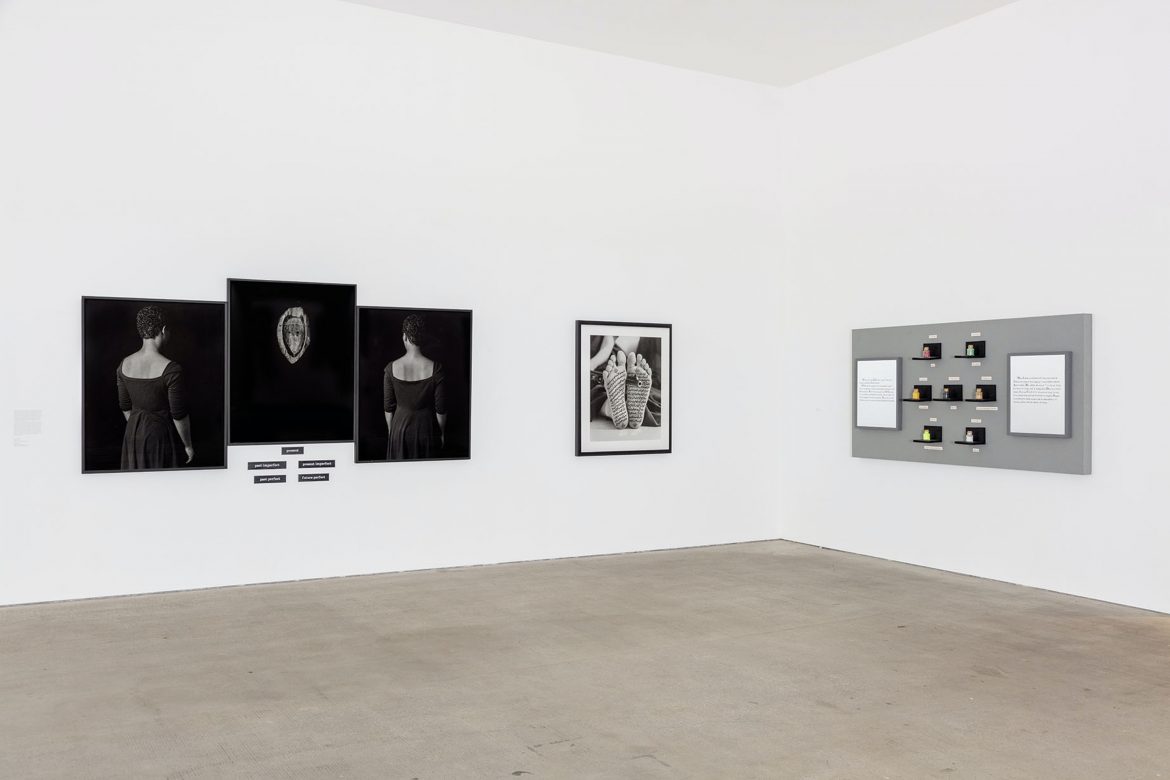 Collective Constellation is an online art installation that features pieces from 25 female artists of colors and presents them in a three room exhibit space.

Limitations on social contact outside have caused people to seek entertainment online. Recently, various zoos, museums, and art galleries in Los Angeles have begun to reach out to their audience through virtual tours, so I decided to explore one.

From Feb. 8 through Aug. 1, the nonprofit art organization Art + Practice’s cofounder Eileen Harris Norton and Hammer Museum associate curator Erin Christovale collaborated to organize a virtual tour of their art exhibition Collective Constellation: Selections from the Eileen Harris Norton Collection. In hopes to commemorate female artists of color for their unique role in contemporary art, they have collected pieces from 25 artists and presented them in a three room exhibit space.

I visited their website and was immediately directed to the entrance where the exhibition’s description was prominently displayed on a pink wall. Looking around, I noticed that the pink theme continued into a mysterious room. Intrigued, I clicked closer to gain a better view and was immersed into a world of brightness. The room’s window tint converted the sunlight to a pale pastel pink and projected it throughout. 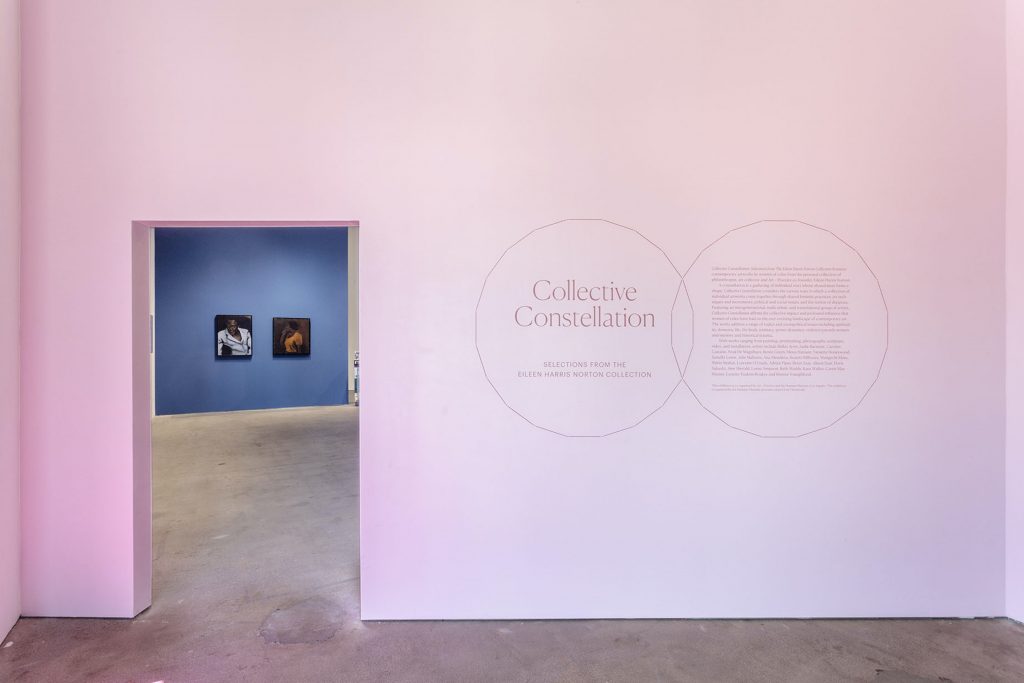 Here, I stood in Sadie Barnette’s interactive design of mixed media, named FAMILY STYLE. Her design was simplistic, yet her placement of artwork strongly exemplified her artistic influence and identity. With a self portrait on one side of the wall to a shelf of glittering books, she portrayed her love for reading, despite being diagnosed with dyslexia at a young age.

Exiting Barnette’s installation, I entered the main room of the exhibition. High ceilings towered over the art pieces, and with its height, I felt a refreshing sense of openness. The room was sectioned off by styles and purposes of art. Six walls contained artworks of printmaking, conceptual photography, acrylic painting, and body images/portraits that were horizontally lined with several outliers that occupy larger space. Each wall had a particular color scheme, whether it be black or complementary colors, which allowed my eyes to greedily absorb all artwork without disruption.

While other paintings spotlighted the creative combination of mixed media, other artworks accentuated memories of darker times and experiences for women. One side of the room signified the 1960s, a period when artists began using their bodies as a canvas. Using an ideal medium to highlight the conflict and grim of the era in a raw fashion, the artists took photographs and paintings of themselves as the foundation of their pieces.

One of the artists displayed four photographs of shoes encased in cow bladders, with stitches bordering the edges. The shoes were the only memory left of the kidnapped women, while the cow bladders and the stitches showcased the brutality in these harrowing situations. Viewing this artwork, I was struck by the pain of the grotesque memories left behind, as it revealed the heart-wrenching reality of pervasive kidnapping cases of that time.

Continuing this sentiment, another side of the room was decorated with black and white pieces of contemporary and conceptual photographs taken in the 1990s. This section featured two Black women facing away from the viewer, with an African mask in the center. As I looked below the three panels, there were five blocks of grammatical tenses, but instead of the usual past perfect, the text says past imperfect. Acknowledging that most historical pieces were written from Eurocentric views, I praised the clever addition of the prefix, as it stressed that the past, present, and future of Africans and African Americans were imperfect and built from Westernized constructs. With these photographs concluding the last bit of the room, I entered the final section of the exhibition.

In the last display room, a costume and a 52.5 minute video were shown as two ending pieces. The costume displayed another form of mixed media consisting of silk, glass, and metal. Inspired by this artwork, I recognized that the eccentric materials symbolized a breaking point in art. Clothing does not have to focus on cotton based cloth. Instead, creating clothing is another form of art and art is flexible, in which anything can be used to create a masterpiece. 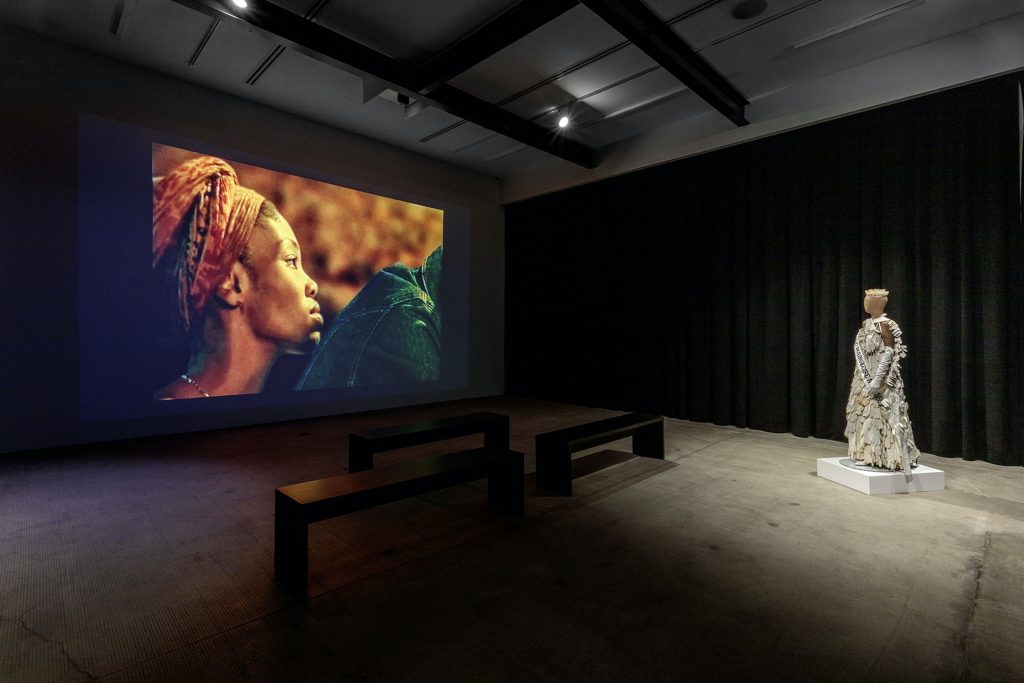 On the opposite side of the costume, the video portrayed the traumatic subjectivity of Black females through photographs and clips, as the difficult reality of women from the Antebellum period to current time are revealed. Watching the images pass by, I felt an overwhelming sense of embarrassment. Even with decades of discrimination, prejudice, and dehumanization, the world still lets stereotypes take control. From unacceptable behaviors directed towards African Americans to disparaging comments against Asians about the coronavirus, it is unfortunate to see people turn their back on people of color.

During this pandemic, it is essential for people to stay home, reflect, and discover more about themselves, others, and the world. So, take this time to explore Collective Constellation: Selections from the Eileen Harris Norton Collection, as it emphasizes the memories, experiences, and messages of society and history these artists wish to portray. Their works not only have the power to impact contemporary art, but they have the power to challenge the viewer.

All artworks can be found here: https://my.matterport.com.