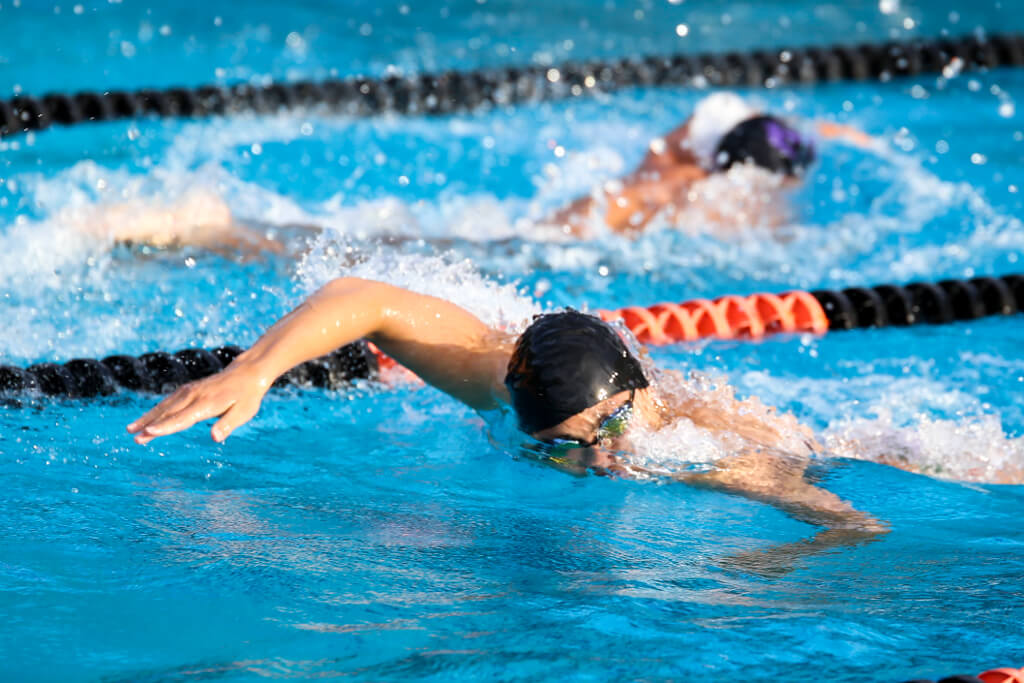 Tiger swimmers dive into the water alongside the Hoover opponents.

The most exciting race of the day was, for many, the varsity girls’ 500 Freestyle relay which South Pas lost by 0.001 seconds after Hoover caught up to the Tigers’ lead of nearly three body lengths. Another highlight was senior Jacob Mullen’s automatic qualification for CIF after winning first place in both the 200 Individual Medley and 100 Butterfly. The girls also dominated the 200 IM with sophomores Kyra Angkasa and Jean Lih coming in first and second, respectively. Senior and varsity captain Alexandre Sannibale won second in the 500 Freestyle.

“All four of our teams won. It was an overwhelming victory” sophomore Kate Rogers said.

The teams will compete again on Thursday, March 23 at Monrovia High School.

Baseball dominates Gabrielino on the road