Baseball dominates Gabrielino on the road 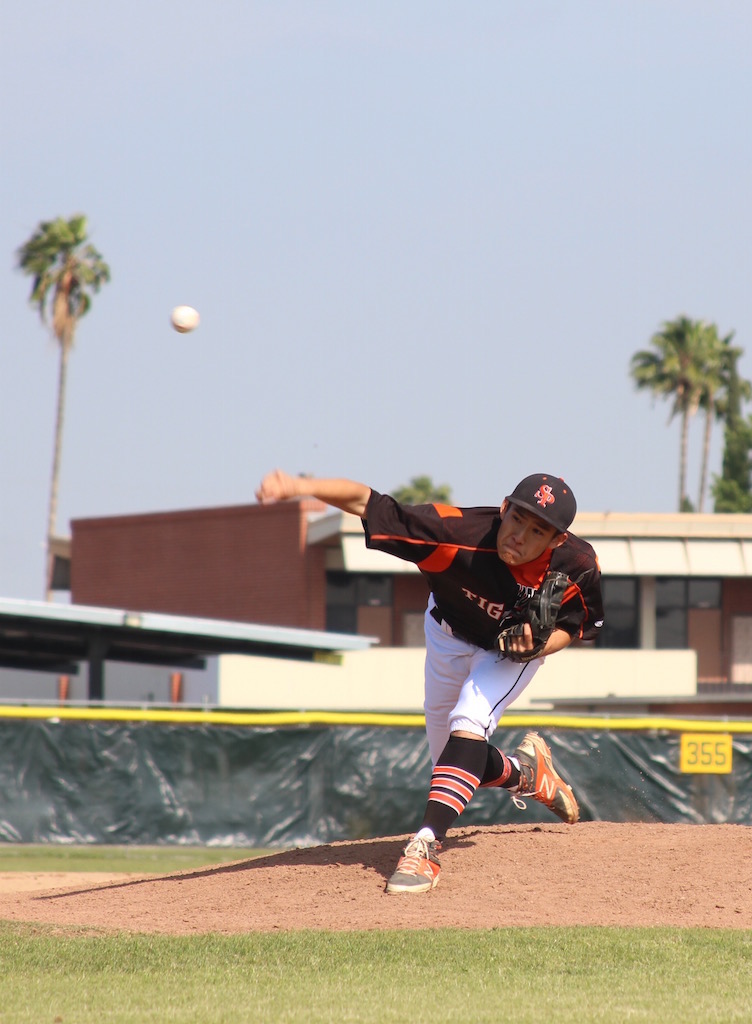 Varsity baseball chalked up its fifth overall win in a 16-1 rout over the Gabrielino Eagles on Wednesday, March 15. The Tigers displayed better batting and defense throughout the game which ended in a mercy for the home field Eagles in the fifth inning.

Early on, South Pas got to a strong start at the plate. Leadoff hitter senior Kyle Ninomiya and junior Isaac Luevano both made it on base against the Eagles’ starter, setting up an RBI single by junior Edwin Espinal. The first inning concluded with a score of 2-0, Tigers.

Defensively, the Tigers managed to strand runners on base due to Gabrielino’s inability to make solid contact at the plate.

Heading into the second inning, South Pas continued its hitting onslaught against the Eagles, loading the bases early. Shortly after, junior Zach Howorth stole home to give the Tigers a 3-0 lead in the inning. Three more runs coming from senior Nick Michael, Luevano, and Ninomiya put the score at 6-0 before the inning came to a close.

Senior pitcher Jacob Luevano continued to keep the Eagle hitters at bay with two strikeouts in the second, followed by a groundout to first base to wrap up the inning. Throughout the game, Luevano held the Gabrielino batters to mainly popfly balls and strikeouts while allowing only one run by the Eagles at the bottom of the fourth.

The Tigers’ red-hot hitting continued throughout the match as South Pas tallied up three more runs in the next inning, followed by a seven score fourth inning to make the scoreboard show 16-0. This put the Tigers up 10 plus runs; the game ended in the fifth inning due to the high school mercy rule for a final score of 16-1.

“We definitely got an early lead in the game and after we got the lead, we were able to capitalize on it and put pressure on the other team’s defense which allowed us to pile up runs,” senior Inesh Rathi said. “If we keep this type of mentality heading into league then we’ll be able to do much better than previous years.”

South Pas will face off against Rosemead High School in the team’s last matchup before league, away on Friday, March 15.