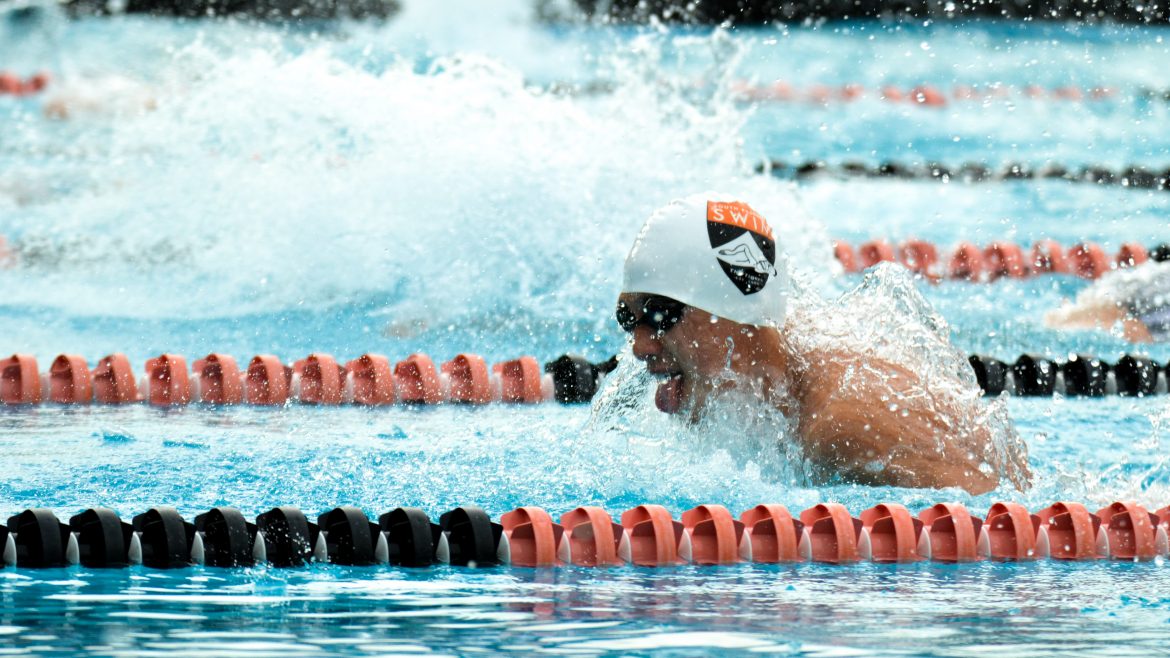 Both Tiger varsity teams started out slowly, losing the 200 meter medley relay 4-8 for the boys and 0-12 for the girls. More losses in the 200 freestyle slowed any momentum the team had heading into competition.

Victories by juniors Kyra Angkasa and Jaden Mullin in the 200 meter I.M. put the team back on track, garnering second and third place in the 100 meter freestyle at the hands of senior Evan Yerian and junior Joshua Lee, respectively. Senior Tim Chiu placed second and third place was occupied by seniors Jasper Lee and Eileen Zenas in the 500 meter freestyle, which further advanced the Tigers’ standings.

Junior Christie Lew secured second place in backstroke alongside junior Henrique Sannibale. Angkasa locked down another first in the 100 breaststroke while senior Mani Roshandel came close behind with a second place.

Second places for both South Pas teams in the 400 freestyle relay marked the end of the match, however, it was not enough to overcome for numerous key losses against Arcadia, bringing the team’s overall record to 1-1.

The team’s next meet is home against Eagle Rock High School on Tuesday, March 13.