Swimming starts RHL season with a victory against Monrovia 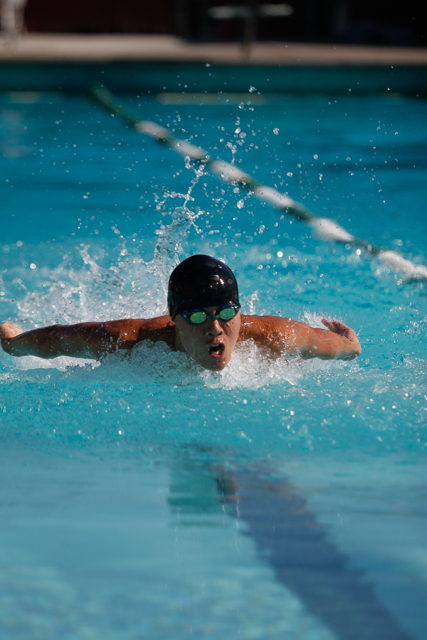 Many swimmers made great progress toward qualifying CIF times. Junior Jacob Mullen continued his productive season by making a CIF time for the 100 yard butterfly. Mullen also had a notable performance in the 100 yard backstroke.

Additionally, senior Aaron Ogita showcased impressive times in both the 50 yard freestyle and 100 yard breaststroke. Ogita earned times of 22.93 seconds and 1:04.45 seconds in each contest, respectively. Furthermore, sophomore Gabe Davidson managed to earn insurance points for the Tigers, despite the fact that Davidson is normally a junior varsity swimmer.

“Everyone did really well in our first official league meet,” Ogita said, “Most of us were able to drop our times and defeat Monrovia prominently across the board.”

In the vast majority of the categories, the Tigers took first or second place, solidifying its spot as Rio Hondo League contenders. South Pas will face off against Temple City High School at home on Thursday, March 24 in attempt to improve its record to 2-0.