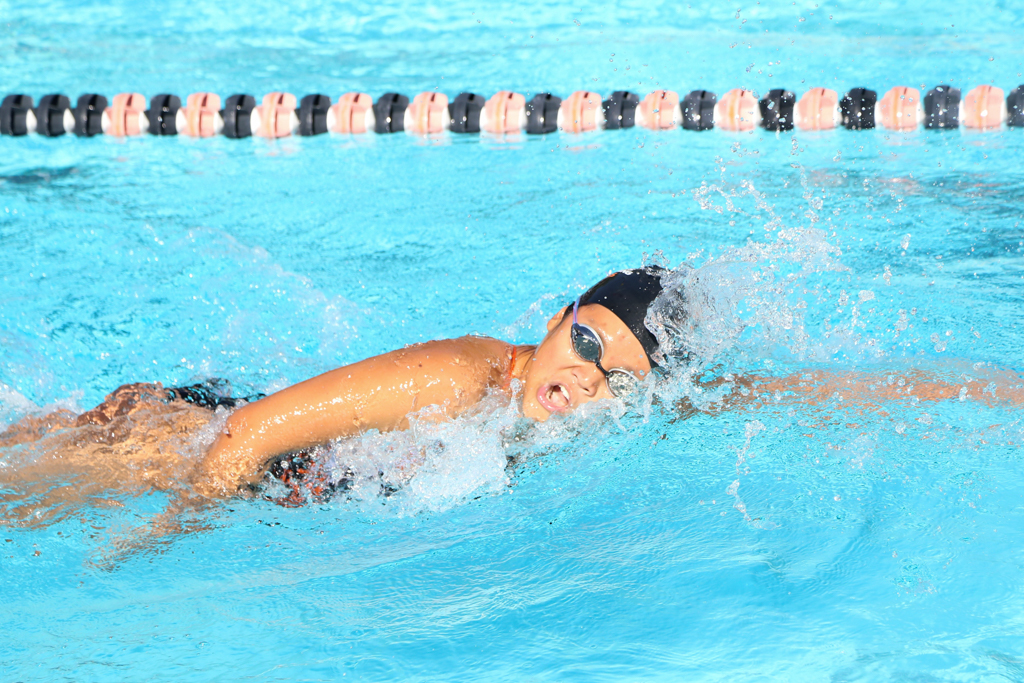 The boys and girls’ swim team competed in the Rio Hondo League Prelims, against all Rio Hondo League schools, at the Rose Bowl Aquatics Center on Wednesday, May 4. The team will send many swimmers to the next round as South Pas had several qualifying athletes who were in the top 16.

The boys’ team placed very strongly in many competitions across the board. Junior Jacob Mullin took first in the 100 Backstroke and second in the 100 Butterfly, and will look to be one of the top swimmers to watch on Friday. Senior William Lau had perhaps the strongest performance as he made the CIF cut in the 100 Freestyle.

There were many notable performances by the girls swimmers. Senior Jocelyn Jo earned first place in 100 Breaststroke as she has done for many of the meets this season. Senior Laura Mendenhall continued her trend of dominance and took first in both the 500 Freestyle and 200 Freestyle.

The Junior Varsity team also fared very well as many swimmers were able to improve their times. Freshman Emily Gruhn dropped an impressive four seconds from her 100 Butterfly time and took first. Also, junior Amelia De Young was able to drop five seconds on her 100 Freestyle and earned a second place finish. Junior Varsity’s strong performances are a preview of what to expect from the Tigers in future years.

“The team has been working extremely hard leading up to prelims and finals,” junior Kevin Shon said. “Our hard work, on both Junior Varsity and Varsity, has allowed us to send many swimmers to the postseason.”

The next obstacle for the team is the RIo Hondo League Finals on Friday, May 6 at the Rose Bowl Aquatics Center.