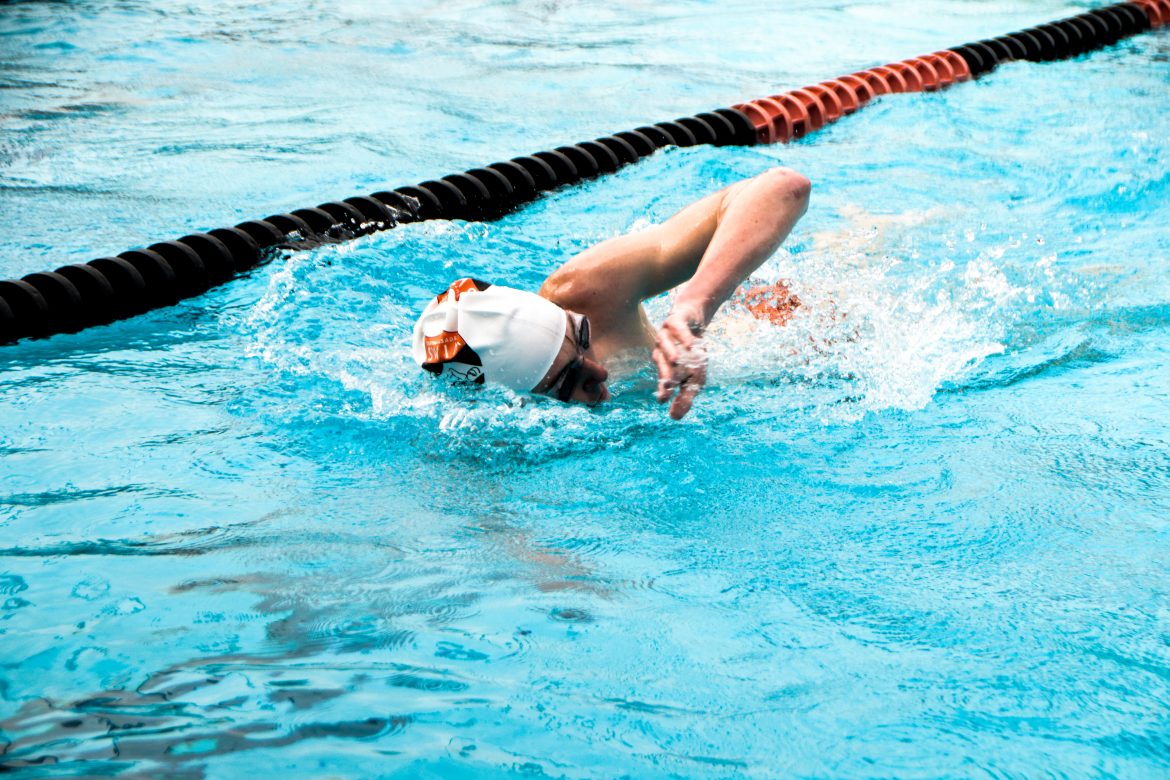 Sophomore Jack Perry turns his head to take a quick breath as he races across the pool.

The girls’ and boys’ varsity teams each claimed first and second place in the 200-meter relay as well as first, second, and third in the 200-meter freestyle relay. The same was true in the 200-meter individual medley for the girls while the boys narrowly missed out on a second place slot in the event. Senior Evan Yerian furthered South Pas’ lead with first in the 50-meter freestyle; Yerian was followed by juniors Joshua Lee and Henrique Sannibale, who finished in second and third place, respectively. The girls followed suit, with senior Joyce Lee coming in first, just ahead of junior Christie Lew and senior Ashley Gao.

The only events in which the Tigers did not sweep all three top places were boys’ 100-meter fly and 100-meter breast. The Vikings were unable to secure any finish higher than second and ultimately fell to the Tigers, in quite a spectacular fashion.

The team’s next meet is at home against Monrovia High School on Thursday, March 29.