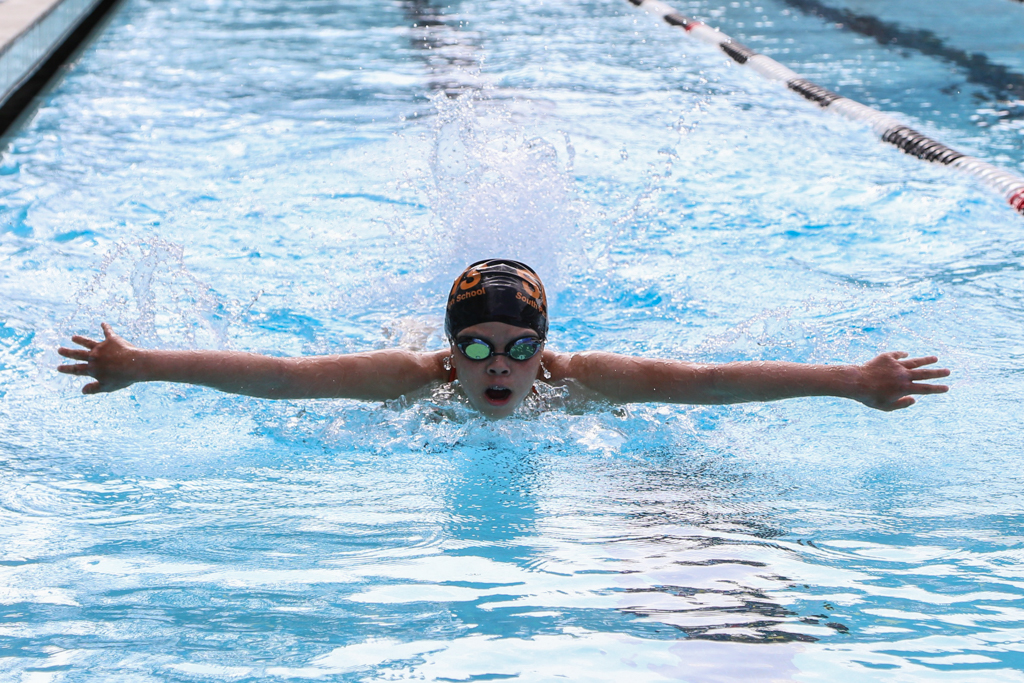 The boys and girls’ swim team sent seven swimmers to the CIF Division 3 prelims and one to the CIF finals. Competitions were held on consecutive days on Friday, May 13 and Saturday, May 14 at the Riverside Aquatics Complex.

South Pas found minimal success in the first day of competition as only one swimmer was able to make it past the prelims. The seven swimmers who qualified to compete were seniors Jocelyn Jo, Laura Mendenhall, Isabelle Edens, and Willy Lau, junior Jacob Mullin, sophomore Evan Yerian, and freshman Jaden Mullin.

Junior Jacob Mullin represented South Pas as the only CIF final swimmer. He showcased promising performances by placing second in both the 100 Backstroke and 100 Butterfly. Although the Tigers were not able to claim first in any of the events, the team is hopeful for the future.

“Even though we will lose many valuable seniors in a few weeks, we are excited to see how the team will compete next year,” junior Mullin said, “This season showcased our young group of many underclassmen and potential for the future.”

This competition marks the end of the season for the swim team after a 3-2 league finish. Three of the seven CIF prelim swimmers will return for next season along with many other strong athletes.