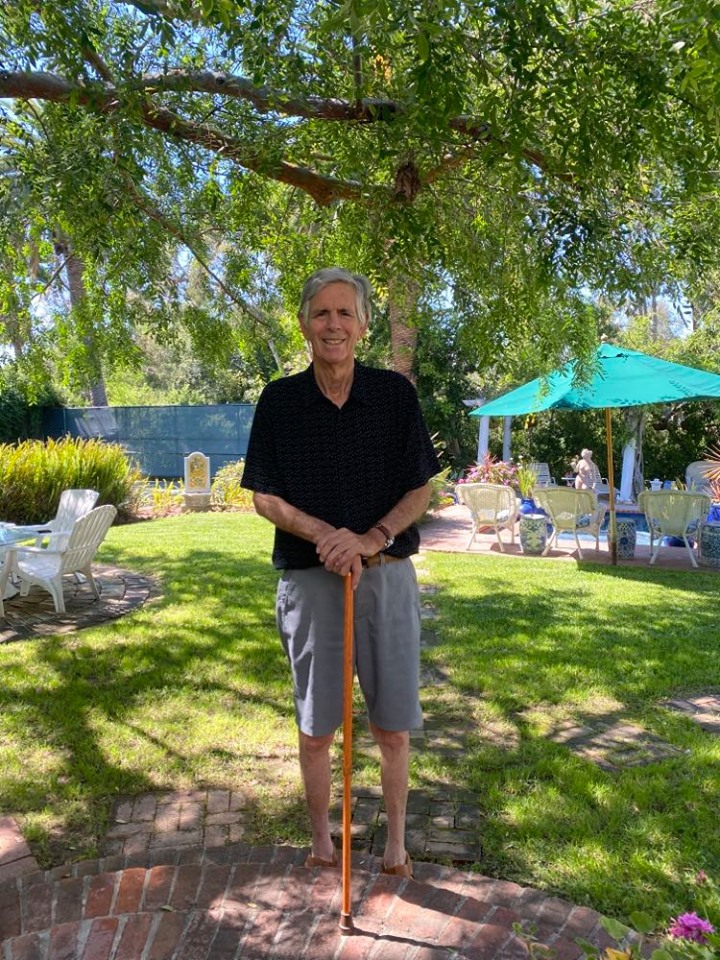 Orange County resident Gene Andres has persevered during his battle with coronavirus and is continuing on his road to recovery.

South Pasadena has been hit hard by the coronavirus as its small-business economy shutters and over one hundred residents have fallen victim to the pandemic. Residents are being forced to grapple with the extremely difficult social consequences of quarantine, which prevent interactions with parents or grandparents who are especially vulnerable to the virus.

SPHS junior Lola Foord was especially impacted by the outbreak, unable to see her grandfather, Gene Andres, during a large portion of quarantine. Andres was one of the first people in Orange County infected with the coronavirus in mid-March, just after he retired from being an attorney. After testing positive and self-quarantining for a week, his blood oxidation levels dropped dangerously low, forcing hospitalization.

No one else was allowed into the hospital with him, although the family was able to call him occasionally.

“Because [the hospital] was starting to get swamped with COVID patients, the phone calls got less and less frequent when he was getting [worse and worse]. It was super scary,” Foord said.

Andres’ health continued to deteriorate and he was on 10 liters of oxygen support at one point. However, he was never put on a ventilator, which Foord contributes to his eventual recovery.

“He is 80 years old. There is such a low percentage of 80-year-olds who get off a ventilator and are still able to survive,” Foord explained. “He wasn’t ventilated, and that was a decision by one of the doctors, and that basically saved his life.”

Older people and those with prior health conditions have proven to be the most vulnerable to the coronavirus. The South Pasadena Care Center, a local nursing home, has reported the majority of South Pasadena’s cases and all of its deaths, with 123 cases and 18 deaths as of Friday, May 29.

Andres recognized his vulnerability while suffering from the disease, even though he had never spent a night in the hospital before in his life.

“Older people are more susceptible, and I’m 80, so I basically realized that its probably going to affect me more than young people. It takes a lot out of you.”

Once Andres started to recover after about two weeks in the intensive care unit, the hospital discharged him on a gurney in the rain. But, he was still incredibly weak and remained on oxygen, all the while having to socially distance from his wife, for fear of infecting her.

Foord’s mother went down to help him while fully covered in personal protective equipment, alongside a physical therapist who slowly improved his mobility. Amazingly, neither Andres’ wife or daughter contracted the virus.

It has been over two months since Andres first tested positive, but he is still not fully back to normal. After losing twenty pounds in the hospital, he has focused on eating more and taking each day one at a time.

Andres repeatedly stressed the gravity of the current crisis and was alarmed at the many people not taking it seriously.

“I think a lot of people are treating coronavirus as a minor situation. And that’s very foolish. They’ve got to treat it as if it’s serious and do their separation, wear their masks, and take every precaution. When it comes it comes fast and it takes a lot out of you… A lot of people don’t appreciate what it can do to you.”

As the coronavirus outbreak continues to ravage the state and local economy, Andres knows that the outbreak’s unprecedented impacts on society will forever cement it in the history books.

“I’ve lived a long time and this is probably one of the most serious things I’ve seen during my lifetime and I was born when World War Ⅱ started. I haven’t seen anything like this in my entire life. It’s a monumental event you’re going to remember for the rest of your life.”

Massive protests raise concern about a resurgence in coronavirus cases